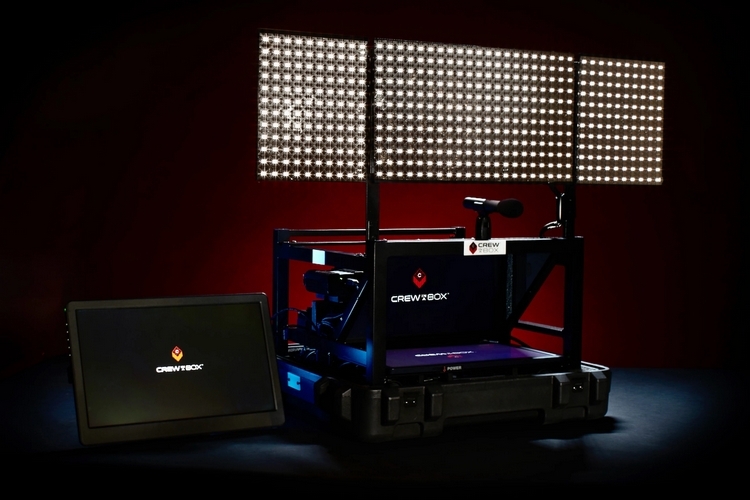 Talks shows, awards shows, and other types of programs where guests are regularly present have made drastic changes during the pandemic. Where they would normally fly in guests or send film crews to guests’ locations, everything has taken a social distancing turn, with everything now conducted online. Sometimes, the video looks like crap fit for the shoddiest YouTube podcast, with guests using nothing more than their own webcam to film their footage. Other times, everything looks pro-grade, almost like a film crew was sent to the location. Turns out, during some of those times, they send this Crew in a Box instead.

Billed as a “plug and play remote production solution,” it’s, basically, a hard cubic case containing a bunch of pre-configured production equipment, all of which are pre-arranged in a custom rack. The idea is, you just set this up on a table somewhere in your house, you sit in front, and you’ve got everything you need to shoot pro-quality footage with no need for technical personnel to set things up every step of the way. 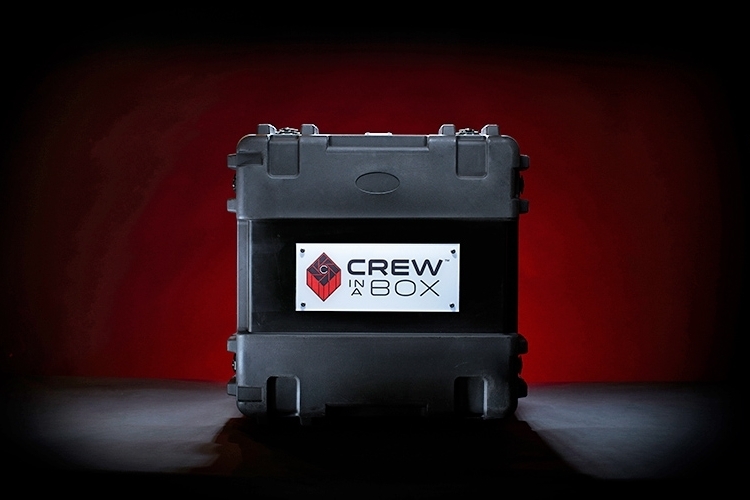 The Crew in a Box comes with a 6K Blackmagic Pocket Cinema Camera (sadly, not the 12K model), a 3-foot wide three-panel LED cinema light system, two microphones (one shotgun and one lavalier), a beamsplitter screen in front of the camera, and a second detachable display that you can place anywhere. To use, simply open the box, set up the folding light and the microphones, and place the rig at a position where it can film you properly. From there, you plug the system to an outlet and make sure you’re properly in frame, either by using the beamsplitter screen or the detachable display as a monitor.

In case operating equipment yourself sounds intimidating, don’t worry, as you won’t be left to your own devices with this thing. Instead, it actually comes with a remote production team that can monitor what you’re doing, talk you through the setup process, and even hold video calls using the onboard displays. They can also make on-the-fly adjustments to the system’s settings, so they can adjust video and audio remotely as needed. Basically, all you really have to do is sit there and talk your head off, so everything’s as plug-and-play as a video production can probably get. 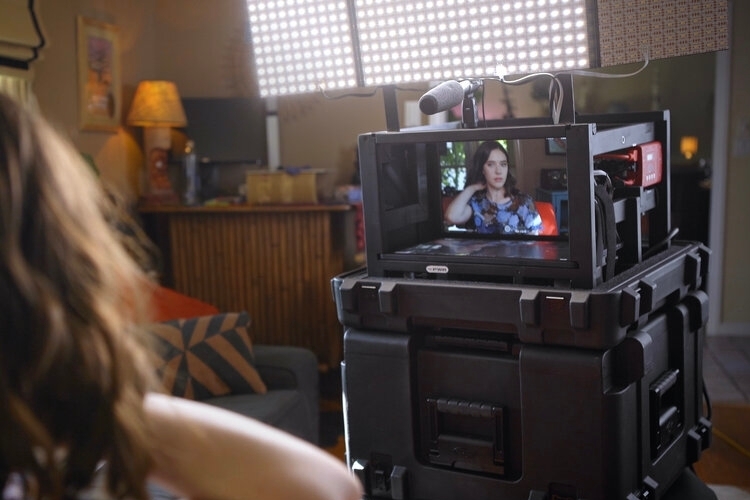 The Crew in a Box has its own data connection, so there’s no need to hook it up to your home’s Wi-Fi network, eliminating a common potential problem and security risk. During a shoot, the beamsplitter screen can serve as a teleprompter, so you can read off your script while looking directly at the camera, as well as a screen for showing the person interviewing you, so you can establish eye contact with whoever you’re talking to while gazing straight ahead. The second display can also be used for the same purposes, so you’ve got options on where you want certain items displayed during the broadcast. 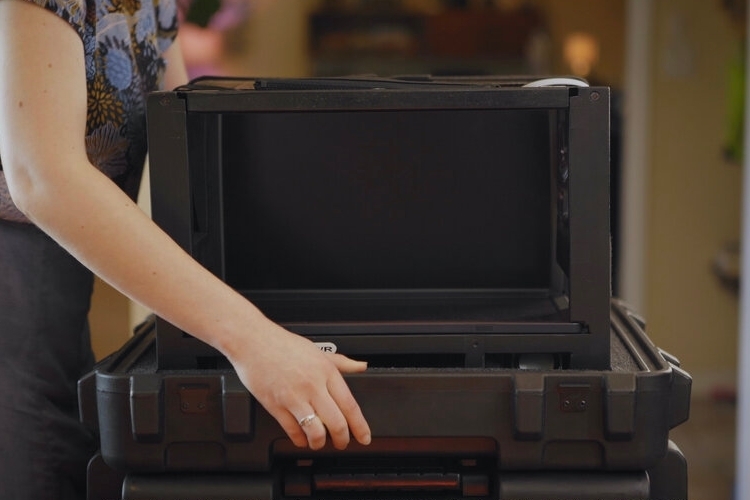 According to the outfit, the system works best for making prerecorded videos, as it saves the footage directly on the system at full quality. They do offer livestreaming options, although quality may be downgraded, depending on the kind of bandwidth the integrated internet connection can get in your location.

The Crew in a Box rental starts at $5,000, although production companies can also purchase a complete, pre-assembled system starting at $55,000.