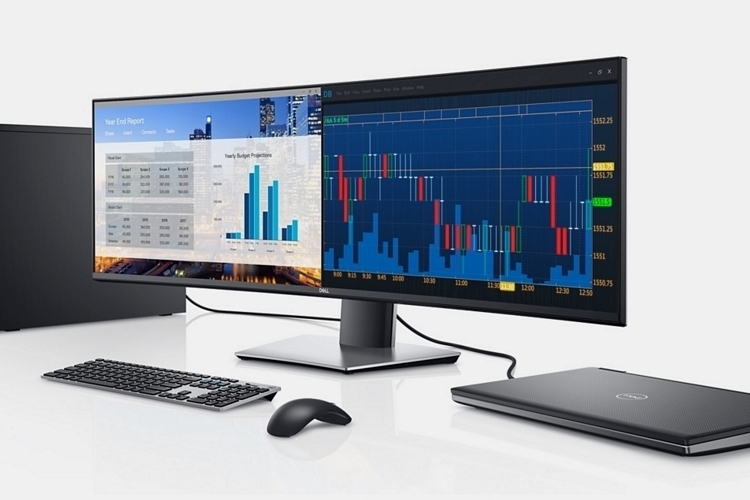 For most people, we imagine a display like the Dell UltraSharp 49 Curved Monitor tends to veer on the overkill territory. We mean, most work people do on a PC doesn’t require a 32:9 aspect ratio. If you want to have a monitor that offers unparalleled versatility of use, though, we have a feeling this is something you’ll want to have on your desk.

What the heck is a 32:9 aspect ratio? Apparently, it’s a proportion that, on a monitor this big, is wide enough to fit two 27-inch QHD monitors side-by-side, allowing you to work on a two-monitor setup while using just a single display similar to Samsung’s own 49-inch curved screen. Of course, it can serve strictly as a single monitor, too, allowing you to work on a really wide canvas that will probably be ideal for people working on panoramic photos, VR content, and similar multimedia projects that could benefit from the expansive horizontal space. We don’t know how many games will actually support this kind of aspect ratio, but we definitely want to see our favorite open-world games rendered on a display of these proportions. 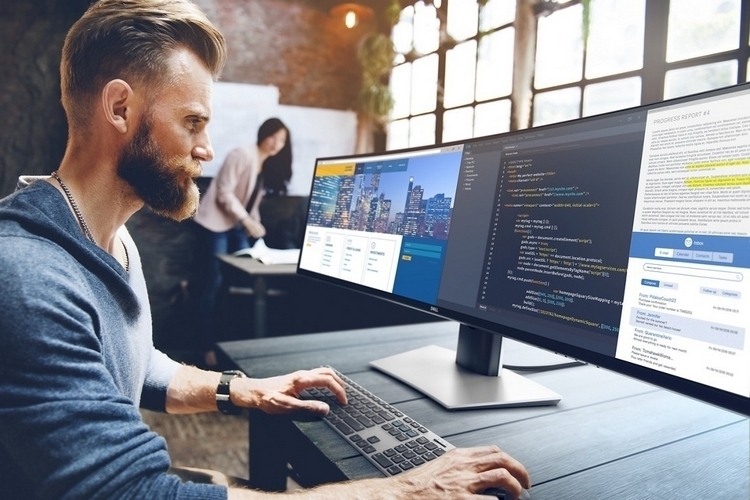 The Dell UltraSharp 49 Curved Monitor has a resolution of 5120 × 1440 pixels, which amounts to two QHD panels in a side-by-side configuration (hence, the ability to show two screens at once). Not only can you use it to simulate a two-monitor-single-PC setup, you can use it to display output from two sources at once. That means, you can have one PC for rendering running on half of the monitor while the other half shows output from another PC running Call of Duty: Black Ops 4, so you can kill people in a multiplayer FPS while waiting for your two-hour animated movie to render.

No, you won’t need to use a different mouse-and-keyboard set for each machine, as the monitor is equipped with a KVM switch for built-in windows management. That means, you can use the same exact peripherals, regardless of which output is currently onscreen, saving you from potentially confusing and messy situations that the lack of such capabilities will create. 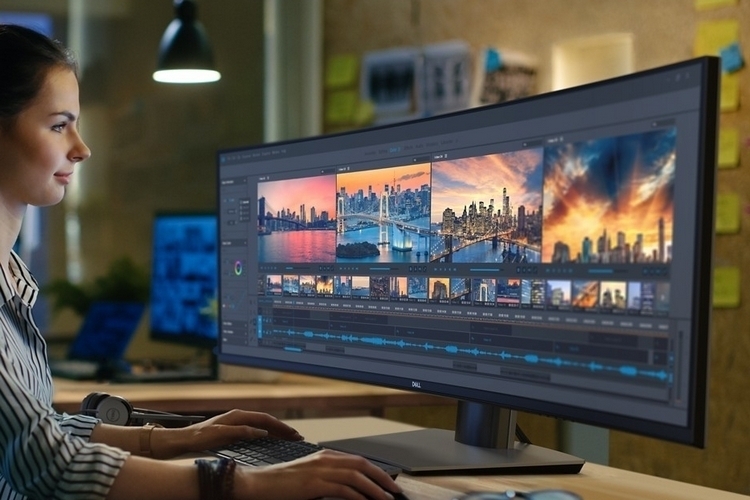 The Dell UltraSharp 49 Curved Monitor uses an IPS panel that covers 99 percent of the sRGB color gamut, so it should satisfy the need for most workstation requirements, complete with a 60Hz refresh rate, a 5ms response time, and a 1000:1 contrast ratio. It has two HDMI 2.0 ports, a DisplayPort 1.4 slot, and a USB-C slot, so you’ve got a lot of options for inputs. There’s no speaker, though, so this is positioned as a productivity monitor, rather than one for your entertainment setup. It comes with a fully-adjustable stand that allows for adjustment in height, tilt, swivel, and pivot, with the product photos showing a setup that stacks two monitors on top of each other (we’re not sure if the stand allows that or if they used a special stand, though). 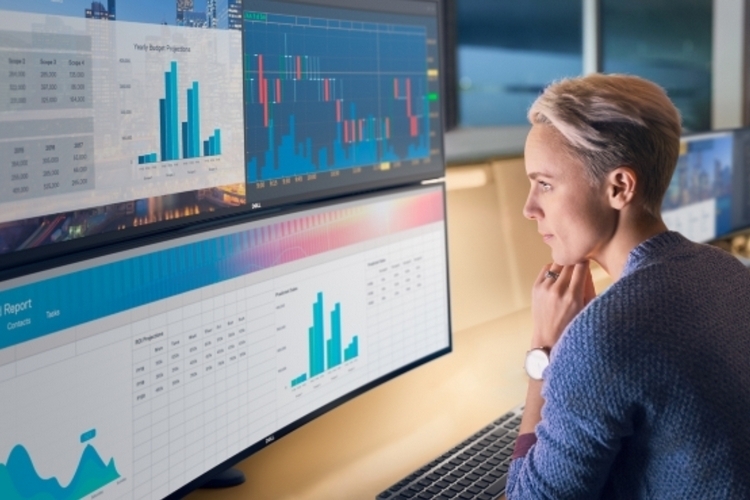