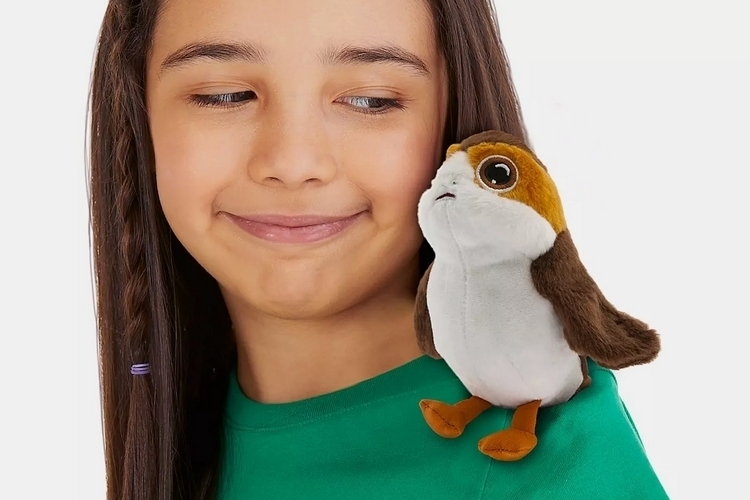 Yes, pirates look gross, with their unwashed clothes, sun-drenched bodies, and generally smelly-looking disposition. That, however, wasn’t the case when you were a kid. They looked cool back then. Maybe it was the outfit, maybe it was the seafaring ways, or maybe it was because they had a parrot on their shoulder. Just like those pirates benefited from having a parrot on their shoulder, we imagine Star Wars nerds will gain the same kind of cool points when they have the Porg Mini Magnetic Shoulder Plush.

That’s right, it’s a plush doll of a porg designed to sit on your shoulder, just like those loyal parrots did on their pirate owners from back in the day. While it won’t repeat your statements, make fun of your adversaries, or repeatedly state its desire for a cracker, the darn thing can serve as a constant companion, patiently listening to your complaints and quietly accompanying you through every minute of the day. 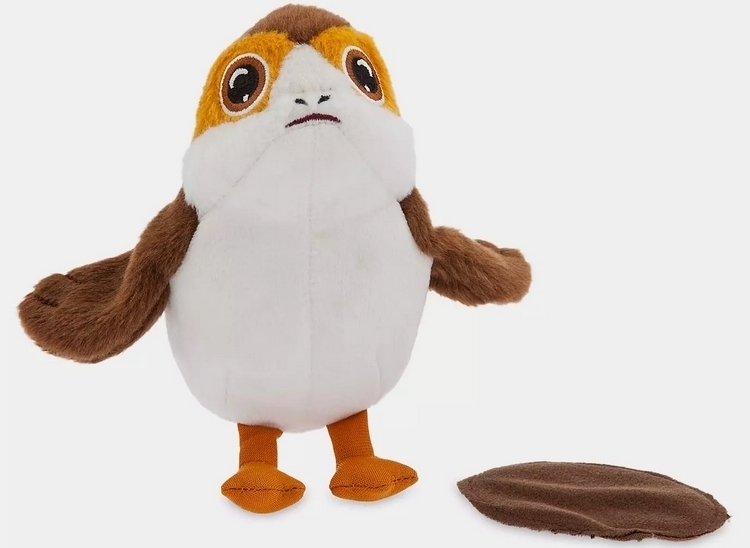 The Star Wars Porg Mini Magnetic Shoulder Plush casts the adorable extraterrestrial avian creature from The Last Jedi as a pet companion that you can keep on your shoulder, ready to keep you company as you face the day ahead. Will it talk to you? No. Will it roll its eyes when someone’s telling you a lame story? No. Will it utter a silent curse, dooming whoever wishes you ill to a life of misery until the end of days? We don’t know, but maybe. It’s an alien, after all, and stranger things have happened.

It measures five inches tall when seated (note: it cannot stand on its feet), so it’s still a growing variant of the species inhabiting Luke Skywalker’s secluded island, which can grow up to 10 inches tall. Don’t worry, you won’t have to glue it on your shirt (that will just ruin the shirt). Instead, it comes with a magnetic fabric disc that you insert under your shirt, so the porg’s metallic butt simply snaps right in place. We don’t know if real porgs have metallic butts, by the way, but they comes from a galaxy far, far away, so who really knows? 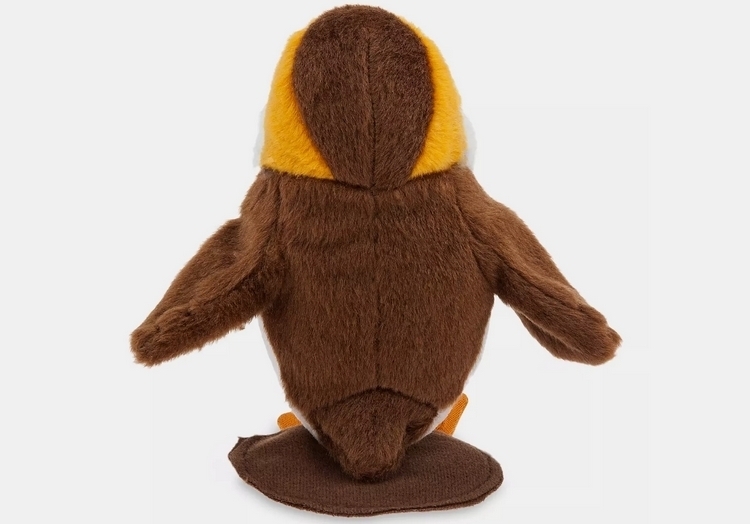 When it’s not adorning your shoulder like a pet parrot, the Star Wars Porg Mini Magnetic Shoulder Plush should make a pretty addition to any Star Wars collection. Just set down the magnetic fabric disc on the shelf, snap the plushie on top of it, and the beady-eyed creature can keep watch while looking absolutely adorable. Because it just needs an insert, you can also put as many of these on your shoulders as will fit, so you can fancy yourself the King of the Porgs and look like it, if you so desire. 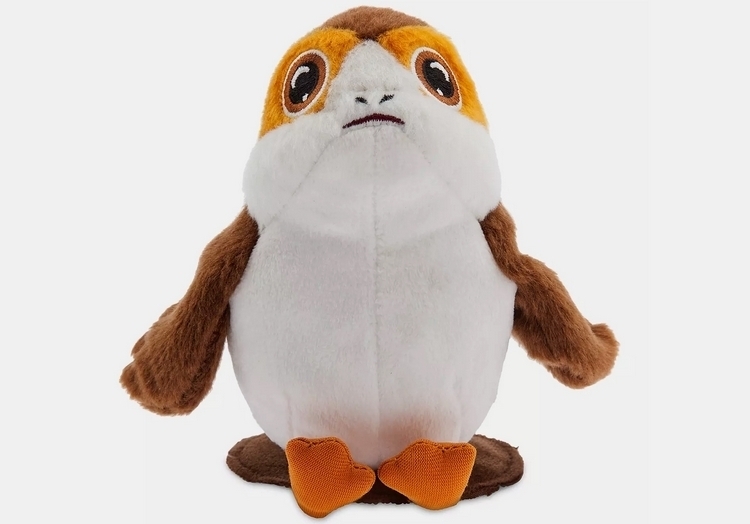 Unlike many Star Wars toys, there’s no onboard speaker, LEDs, or Bluetooth on this thing, so it’s just a regular plush doll you can cuddle, toss around, and accidentally leave on the couch, where the dog will find it and spend the rest of the day chewing on. Sadly, we already know how this poor porg’s life will meet its tragic end.