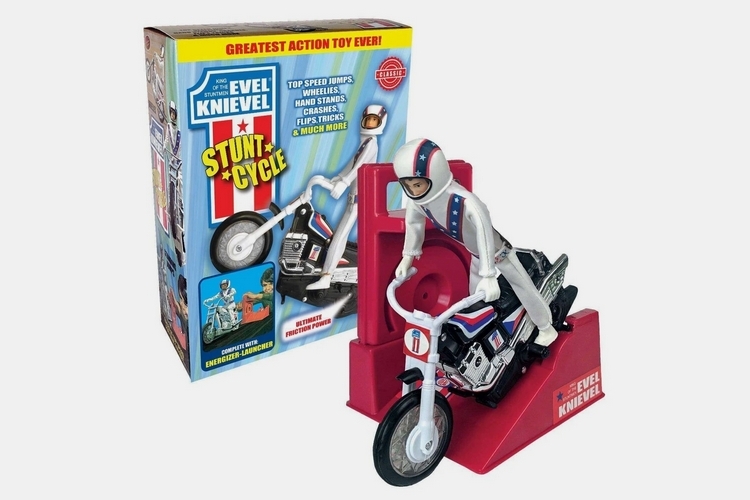 Before social media came along to spoil us with endless footage of people doing the most dastardly stunts, daredevils showed off their feats in live shows for an audience. Occasionally, they’ll get popular enough that they’ll get covered by the news. And some of those guys became so notorious, they ended up having their stunts showed as TV specials. Evel Knievel was one of those rare individuals. He got so popular, in fact, that he got his own toy back in 1973. This year, they’re reviving that toy in the form of the Evel Knievel Stunt Cycle.

Why bring back Evel Knievel’s stunt bike toy? We’re not entirely sure. Maybe, there’s a whole bunch of 70s kids, now in their 50s, who collect nostalgic toys. Maybe, there’s a resurgence of interest in the motorcycle stuntman because of Duke Caboom from last year’s Toy Story 4. Or maybe, it just doesn’t make sense to let one of the most fun toys from that decade disappear entirely. After all, watching a wind-up bike jump makeshift ramps you set up at home is still as fun in 2020 as it used to be back in the day. 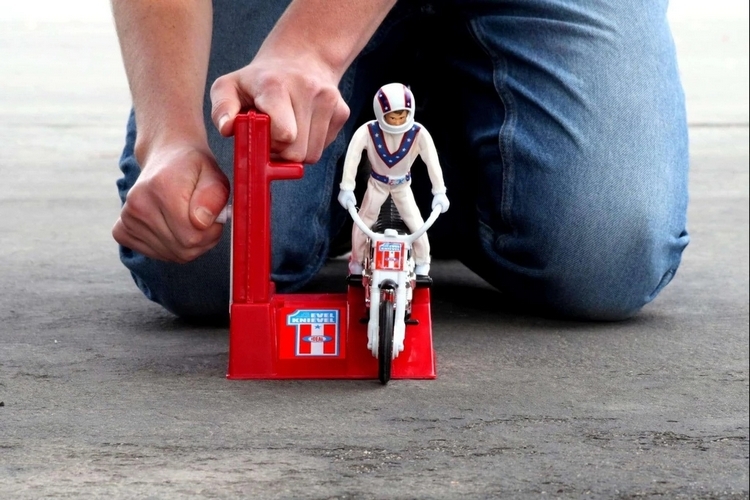 The Evel Knievel Stunt Cycle is a wind-up motorcycle toy with an articulated action figure of the legendary stuntman that you can mount on the bike in a variety of poses. You can have it sit on the bike, stand on the bike, and a load of other poses in between, allowing you to make the character ride the bike in any way you can imagine. No, there doesn’t seem to be any included facility to ensure that the action figure stays on the bike, which, we imagine, just makes it realistic because… you know… wild things happen when you do crazy things on two wheels. With that said, you can probably tape the action figure to various parts of the motorcycle to make it look like its completing its jumps every single time. 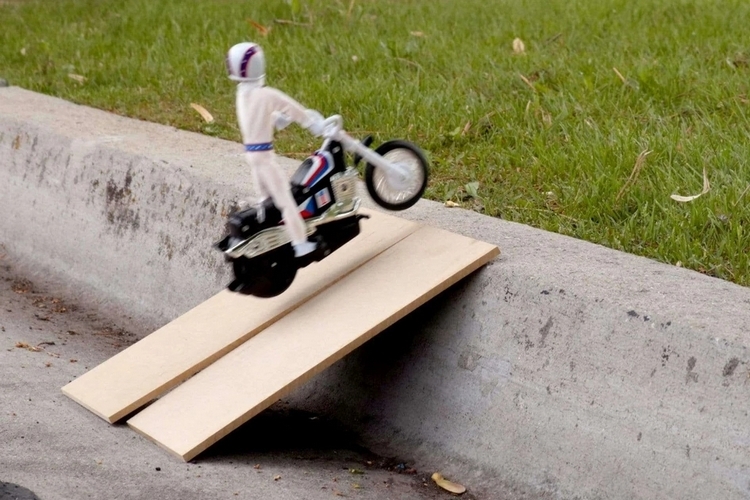 According to California Creations, they made the toy using the same molds from the original production run, so this is a faithful recreation of that classic 70s toy. While they did create new, revised tooling for the molds, they claim it’s basically the same as the ones used in the classic toy, which should appease the more meticulous toy collectors out there. 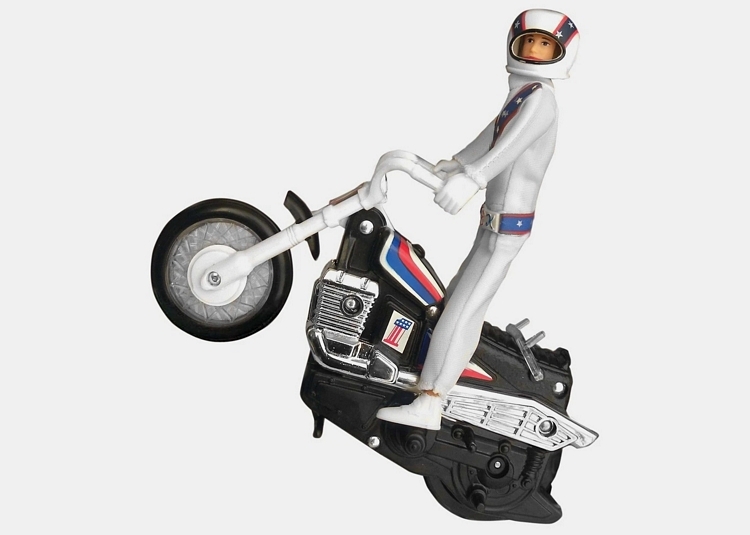 The Evel Knievel Stunt Cycle, however, isn’t 100 percent the same as the original version. Specifically, the motorcycle uses a new flywheel gyro mechanism that, the outfit claims, will let it run faster and jump higher, so you can have the bike do even wilder things when you let it loose in the backyard, driveway, or wherever else you’re staging your stunts. No word on how fast it can actually go, but the outfit claims it can do wheelies, flips, and a whole load of tricks, none of which can probably happen unless it’s blasting through at a really fast pace. You can also check out the video below to see it in action.

The Evel Knievel Stunt Cycle is available now, priced at $39.95.