Freestyle Brings The Soda Dispenser To The 21st Century 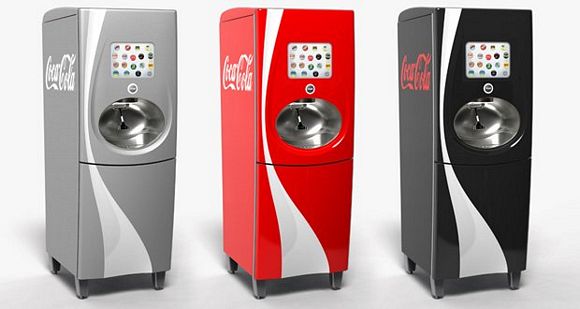 Soda dispensers usually have no more than five or six flavors of drinks. Coca-Cola’s next-gen Freestyle soda fountain, on the other hand, will come with more than one hundred choices. That’s right, you’ll soon get to pick from over 100 sweetened beverages right on one box – and it doesn’t occupy an entire room.

Coca-Cola’s PR hounds are billing it as the “fountain of the future” and it’s tough to argue. After all, the only things you have to do is walk up to the dispenser, pick a flavor from the bevy of choices and let the machine fix it right on the spot. With over 100 choices (including traditional soft drinks, flavored waters and non-carbonated beverages), it’s almost guaranteed you’ll find a particular sugary poison that suits your fancy.

While it may sound simple on the surface, the tech is actually quite complex, especially considering that you’ll be pulling the drinks from a contraption that seems no bigger than a large home refrigerator. The whole thing starts with a touchscreen display, where you’ll pick your drink from the available choices. Once you’ve made a choice, the machine will then use RFID scanners to identify the specific cartridges that contain the ingredients, line them up and concoct the order.

The dispensers fit in a remote reporting facility, which allows it to call home and send relevant data to company headquarters, including peak times and popular flavors, allowing them to have real-time information for decision-making. Several Freestyle machines are now under real-world testing in Georgia, California and Utah, with plans to have around 60 soda fountains around the country by the end of the summer.