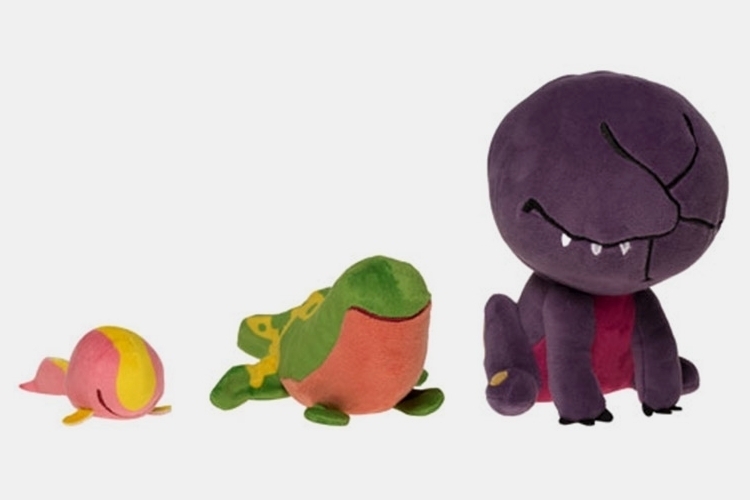 Among the things we learned during the second season of Stranger Things is that Demogorgons start out life as adorable little creatures, too. So adorable, in fact, that fan-favorite Dustin even kept one as a pet. Yes, the same little pet that grew a little bigger and ate his mom’s cat. Now, you can own one, too, in the form of this Funko Stranger Things Dart Plush Nesting Doll.

Yes, you get not just one, but three dolls in this set, each one depicting the demodog in its various early life cycles. And, yes, they’re designed to nest, so you can make it look like each bigger demodog is giving birth to its baby. Or shitting out a living thing. Or something. Hey, these are creatures from the Upside-Down, who knows what they are capable of?

The Funko Stranger Things Dart Plush Nesting Doll set includes a one-inch pollywog, a two-inch slug, and a nine-inch tall demodog that’s, apparently, large enough to kill and eat a whole grown cat. Sadly, the nine-incher isn’t able to open its mouth to reveal the horrifying sight of its seemingly countless teeth, so toy review channels on YouTube can’t quite use it to give small kids nightmares yet. In fact, the entire set tilts more towards adorable than creepy, which makes sense, since it’s meant to be a part of Funko’s SuperCute Plushies line, so it should make a great doll for young kids who are fans of the fantasy Netflix show. Needless to say, they’re great for toy-obsessed adults, too.

Because the demodog can’t open its mouth, you won’t be able to use it to pretend to eat your Grumpy Cat puppet, which, we guess, makes it just a little less fun for older fans. For those who just want a cute doll of the Demogorgon before they grow up to full horror size, though, this should be perfect.

Slated for availability in the first quarter of next year, the Funko Stranger Things Dart Plush Nesting Doll is priced at $19.99.

Want one? Slated to come out May of 2018, the Funko Stranger Things Dart Plush Nesting Doll is now available for pre-order. 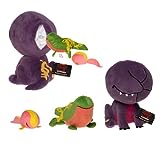