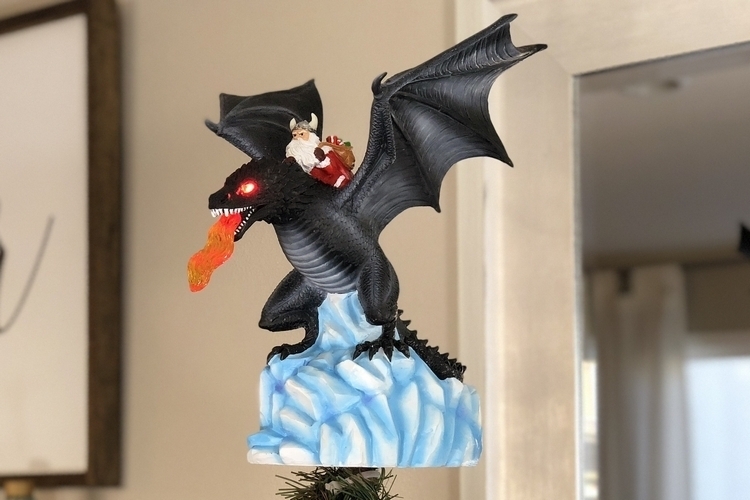 What’s better than a colorful Christmas tree brimming with beautifully-wrapped presents at its feet? A fire-breathing dragon guarding all those presents underneath the same Christmas tree. That’s exactly what you get with the Gorilla Goodies Dragon Tree Topper. And it even comes with a surprise rider that ties it in together with the holiday theme.

That’s right, you can now ditch the traditional star on top of the tree in favor of a fire-breathing dragon with its wings stretched out, ready to pounce on anyone trying to peek at their presents well before they’re supposed to. Don’t worry, your kids won’t actually be subjected to death by dragon fire, but it does make for an appropriate symbolic warning, all while being tons more fun than most other options. 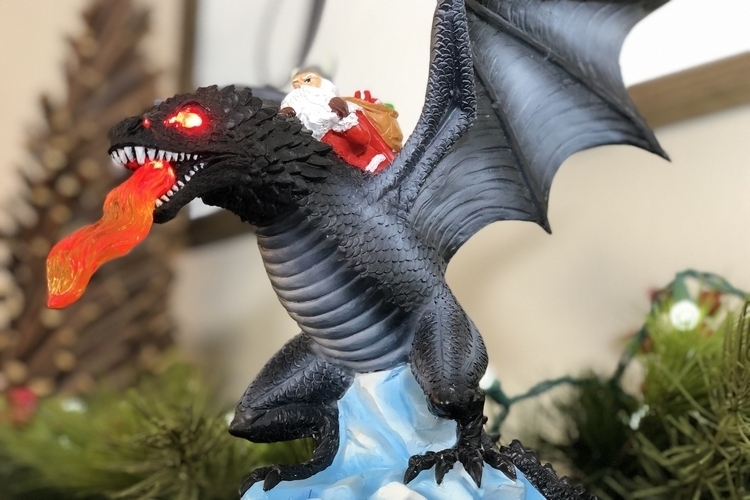 The Gorilla Goodies Dragon Tree Topper pairs that menacing dragon with a Viking Santa Claus riding on top of it while carrying a bag of presents. Yes, a Viking Santa hitching a ride aboard a dragon while delivering presents to kids around the world. Christmas doesn’t get any weirder than that. Actually, it does, so just consider it a prelude to all the weird stuff that’s about to go down in your household during the coming holidays, whether it’s cousin Dave drunk-dancing to Mariah Carey’s Christmas album, your kids wrecking something while playing with their new toys (again), or waking up on the 25th with no memory of last night after drinking an awful amount of liquor at the party.

An attachment pole that screws onto the bottom of the dragon allows you to connect it to the top of any Christmas tree, although they do recommend trees at least six feet tall to make sure the main branch is strong enough to support the figurine’s two-pound weight. And, yes, removing the pole turns it into a table top decoration that you can set down on a mantle or a shelf, in case the top of tree is already reserved for something else. 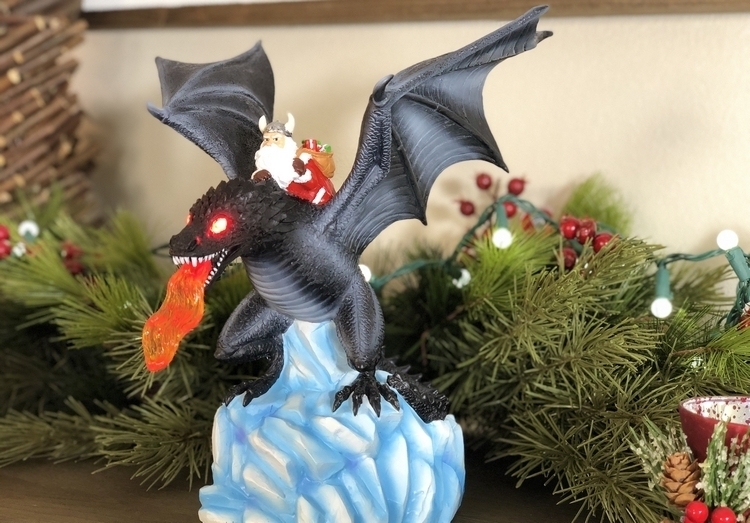 The Gorilla Goodies Dragon Tree Topper is cast in polyresin, so this should hold up to the busiest holiday activities in your home. Built-in LEDs on the eyes and flames automatically light up when you turn on the switch at the bottom, ensuring the darn thing can truly stand out even when sitting atop an ornate tree that’s covered in a ton of blinking lights. Do note, the LED are fixed, instead of blinking, so the eyes and flames are lit up the entire time it’s switched on. The LEDs are powered via a pair of AA batteries, by the way, so you don’t have to plug it in like the rest of the lights adorning the tree. 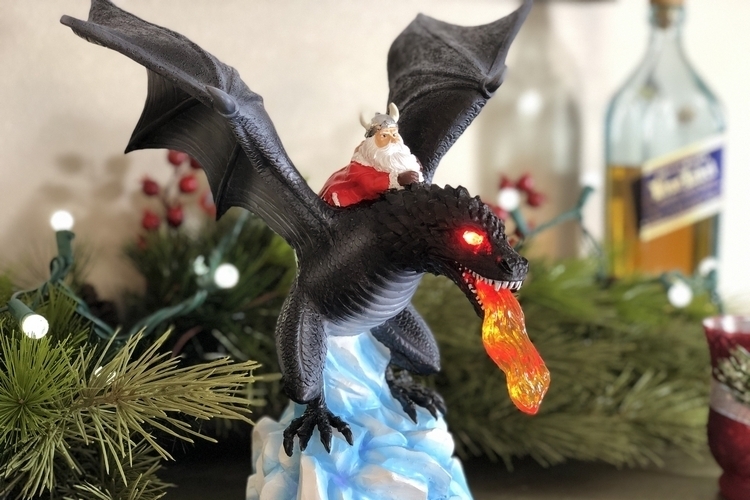 Dimensions are 12 x 11 x 11 inches (height x width x depth), so this should make for a noticeable presence among your holiday decorations Each one is hand-painted, by the way, with only 500 made, so best get one now if you think a dragon-riding Viking Santa is in the list of things that will make Christmas even better.