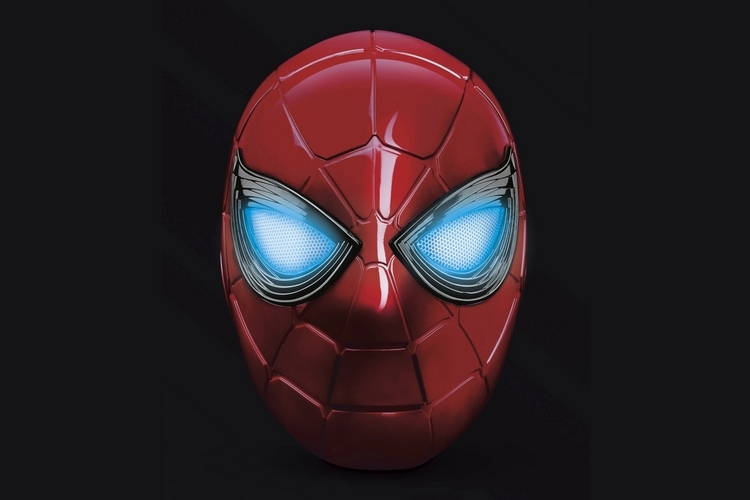 There’s no shortage of Spider-Man masks you can slip on for those days you want to walk around like Marvel’s resident web-slinger. Heck, you probably own a few of them in a box somewhere. Problem is, we doubt any of them looks like the Iron Spider mask from the last Avengers movie, which, we have to admit, is one of the coolest Spider-Man looks we’ve seen. If you want that, you need to add the Hasbro Marvel Legends Series Iron Spider Electronic Helmet to your superhero stash.

That’s right, it’s a replica of the helmet Tony Stark built for Peter Parker, so you can walk around with a proper armored Spidey headgear similar to the one he was wearing during the Battle of the Titans. Whether you’re cosplaying as the Iron Spider or just amusing yourself by spending the day as your friendly neighborhood armored Spider-Man, this thing lets you do that with one of the coolest Spider-Man replica helmets you’re going to find. 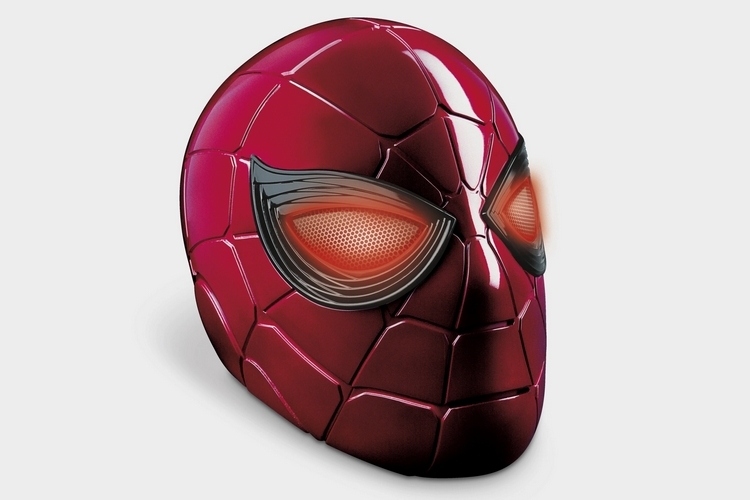 The Hasbro Marvel Legends Series Iron Spider Electronic Helmet is a wearable recreation of the headgear from the movie, with rich details that accurately resemble Peter Parker’s onscreen gear. It’s a full-scale replica, so it’s 1:1 in size with the helmet from the films, so both kids and adults alike can fancy themselves a Marvel superhero. According to Hasbro, it’s meant as a premium roleplay item for those who want to deck themselves as an armored Spider-Man, although you will, of course, have to source out the rest of the body armor yourself to complete the outfit.

The helmet’s exterior shell is done up in a shiny finish, so while it’s not made from gold-titanium alloy or whatever else Stark used for the armor, it does manage to attain a metal-like shine.  And yes, it’s as light as any plastic helmet you’ve probably worn, so you won’t be straining your neck wearing this thing all day. They didn’t just give detailed attention to the helmet’s exterior, by the way, as the inside is also styled to look like it’s covered in a PCB-style surface. 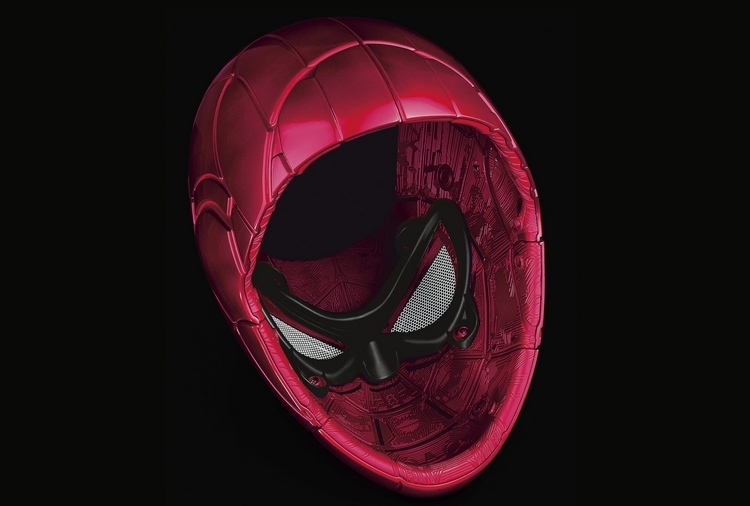 More than a wearable helmet sized to fit adult heads, the Hasbro Marvel Legends Series Iron Spider Electronic Helmet is fitted with electronics that will allow you to perform effects like the helmet did in the films. No, it won’t do anything too crazy, but it does have light-up eyes that can glow in blue to give off that friendly, heroic vibe, as well as switch to emitting red light like when Spider-Man activates the armor’s deadly instant-kill mode. 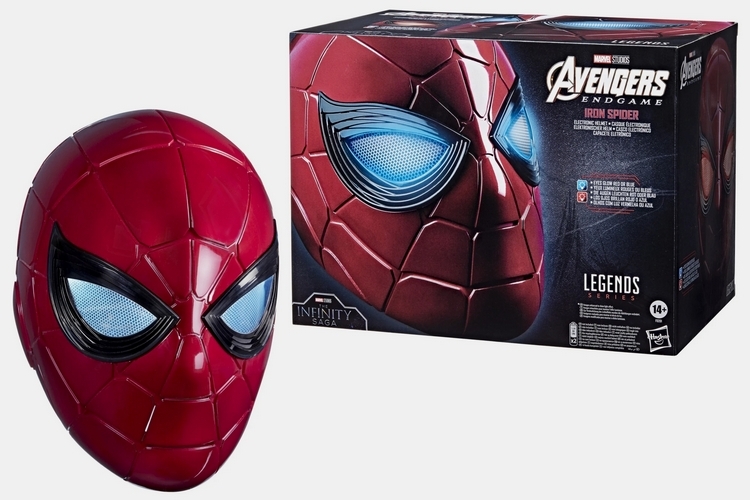 Those lights, by the way, have six brightness settings: three for blue and three for red, so you can make it give off a feint glow to save power in dark settings or a strong radiant shine when you’re cosplaying Spidey outdoors during daylight. A pair of AA batteries power the whole thing.