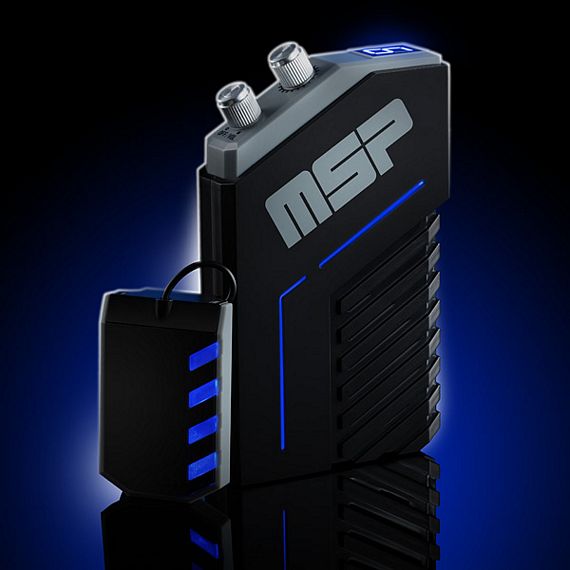 Whatever costume you wear for Halloween, it’s going to be a heck of a lot better with sound effects in tow.  And the Mega Stomp Panic does exactly that, making loud sounds every time you take a step the same way characters do in videogames.

Thinkgeek bills it as an “audio reality costume,” which doesn’t really make that much sense.  Since we don’t really have anything better, we’ll take it.  For now.  With objections noted, of course. 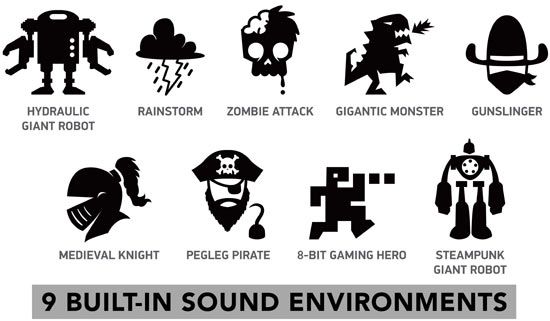 The Mega Stomp Panic is a clip-on gadget with built-in motion sensors that detect your movements, allowing it to identify every step you take when clipped onto your pants or belt.  Since it’s a visible box with blue LEDs shining off its body, it could ruin your costume (it’s fine if you dress up like a dude from Halo or Gears of War, but it doesn’t suit someone dressed like a character from Street Fighter or God of War), so you might want to find a way of obscuring it from sight (like clipping it inside loose pants or something).

A built-in speaker cranks out sounds in time with your steps and stomps, creating the illusion that you’re making those sounds yourself.  It comes with 9 sounds (hydraulic giant robot, rainstorm, zombie attack, gigantic monster, gunslinger, medieval knight, peg leg pirate, 8-bit gaming hero and steampunk giant robot), so there’s an option for most any persona you decide to dress up as.  It’s powered by four AAAs.

The Mega Stomp Panic is available from Thinkgeek, priced at $39.99.