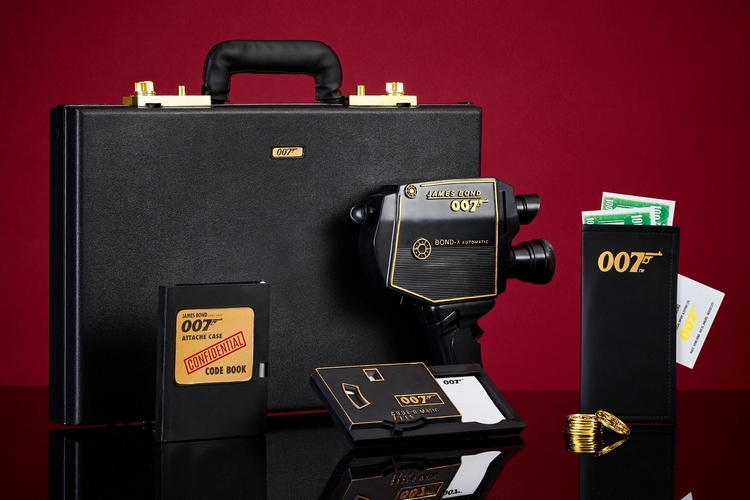 Wouldn’t it be great if you can buy yourself a briefcase that equips you with everything you need to turn into a debonair secret agent? Yes, that would be awesome. Since that doesn’t exist, maybe you can satisfy your craving for an exotic secret agent lifestyle with the James Bond 007 Secret Agent Attaché Case instead.

No, it won’t turn you into James Bond just like drinking all those martinis didn’t. Heck, it won’t even give you the tools you need to do amateur spywork. Instead, it’s actually a collectible merch based off the attaché case seen in the 1963 film From Russia with Love, the second ever installment in the long-running 007 franchise, making it quite the attractive keepsake for fans of the series. 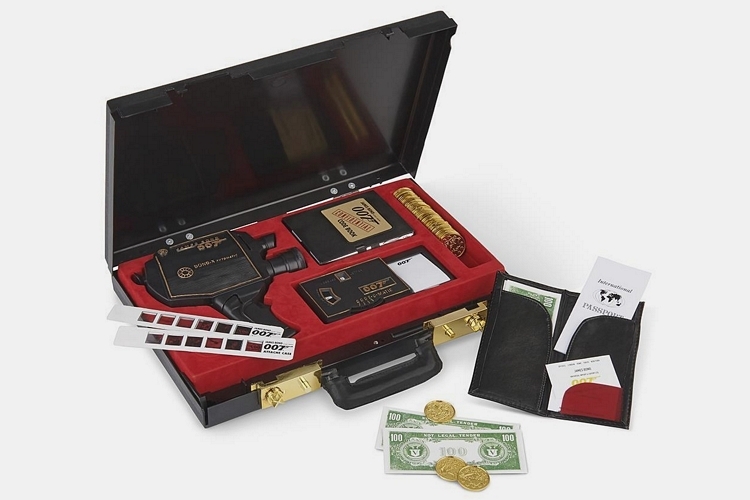 The James Bond 007 Secret Agent Attaché Case is actually a reissue of a collectible originally released in 1965, giving new fans of the franchise a chance to own what has since become a coveted piece among toy collectors. Yes, it’s just a toy, so you won’t be using it to become a superspy anytime soon, although having it open on your desk should make you feel like an actual secret agent planning out your next covert heist. Do note, it’s not exactly the same as the 1965 release, as they updated a few things to be more suited to our contemporary times.

Chief among the changes is the removal of the toy gun from the original set. In its place is a replica of James Bond’s Secret Agent Movie Camera, which… we’ll be honest… we don’t actually remember from any of the old movies. This is an old-school camera, by the way, so it’s as big as a hand gun (maybe even bigger), likely making it a prop from one of the 60s-era movies. 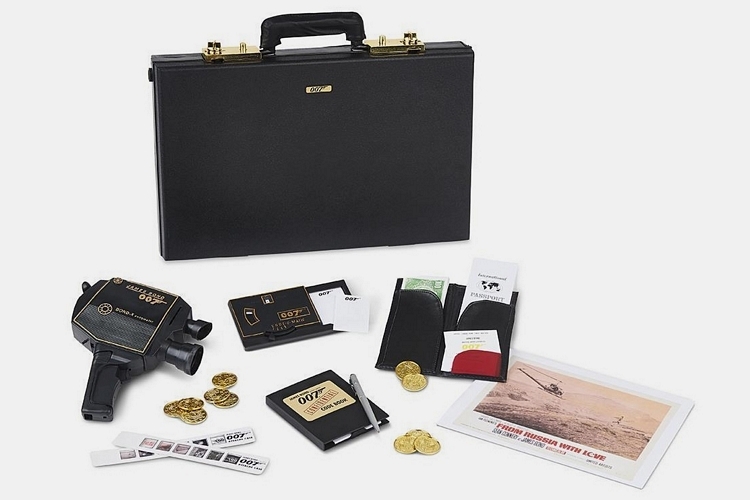 The James Bond 007 Secret Agent Attaché Case also includes a coding device for writing secret messages and a code book that you can use to break the code, along with a passport (which we’re assuming is fake, being a spy and all), secret business cards (we don’t know what this means, either), and a bunch of play money. There’s also a spy pen with a ballpoint that writes in invisible ink on one end and beams an ultraviolet light on the other for reading the invisible ink, as well as a bunch of gold coins that James Bond, apparently, needs for whatever reason.  Actually, the gold coins were thrown in as a replacement for the bullets, since there’s no need for bullets when they didn’t include a gun.

The briefcase is made from a material they call “black simulated leather,” which, we guess, is some code for a leather-like plastic, along with gold metalwork (not real gold, of course) and combination locks with a dagger insignia to give it that secret agent flair. Inside, the main compartment is fitted with a flocked red interior that has molded sections sized to fit each of the included items.

The James Bond 007 Secret Agent Attaché Case comes out in November, priced at $595. It’s available directly from the 007 Store.