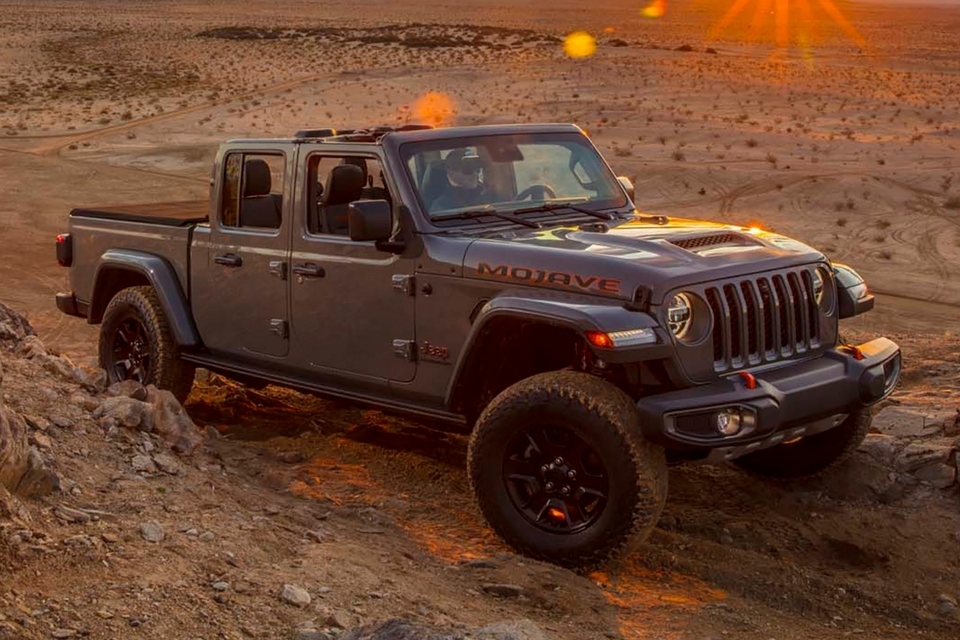 When it comes to trucks you’re going to trust when exploring the rocky, sandy, and ultimately punishing terrains of the desert, the Ford Raptor is always the name that rises to the top. It’s just downright badass in those environments. The Jeep Gladiator Mojave is looking to challenge the F-150’s dominance in the dunes.

The new top-of-the-line truck in Jeep’s lineup, it’s the outfit’s first vehicle to receive the new “Desert Rated” badge, which asserts its high-level performance in desert environments. According to the outfit, this entails even more rigorous testing than the “Trail Rated” designation found on the Rubicon, as the vehicle didn’t just need to be able to drive at high-speed in desert trails, it also needed to withstand the intense heat while being unaffected by all the dust and sand it will inevitably encounter. 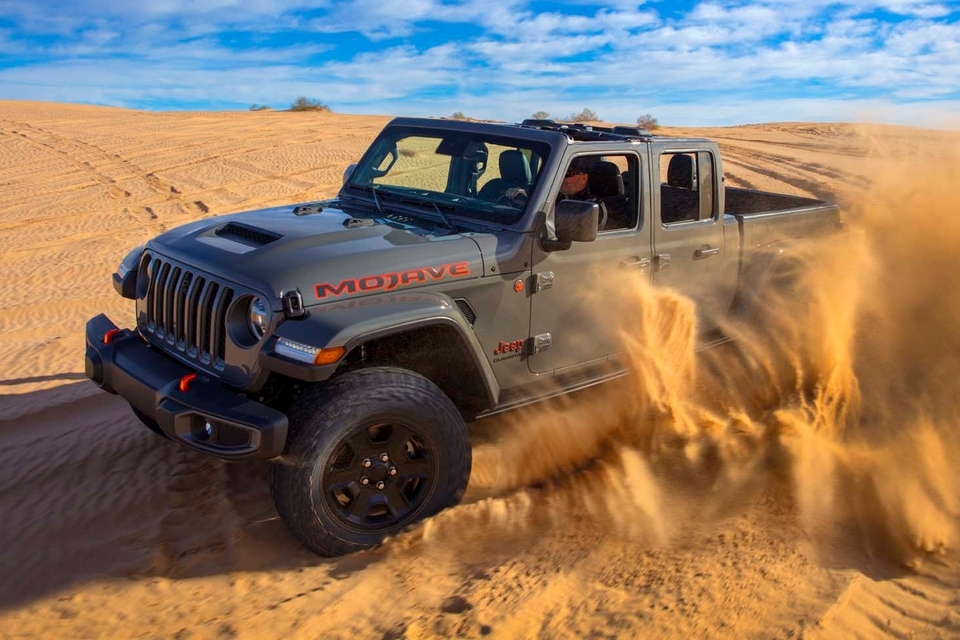 The Jeep Gladiator Mojave uses a similar drivetrain to the standard Gladiator, as it hosts a 3.6-liter V6 putting out 285 horsepower and 260 pound-feet of torque. It pairs that engine to either a six-speed manual or an eight-speed automatic. From there, things change significantly for the desert-faring ride. It uses a 4×4 system sporting a two-speed transfer case ratio of 2.72:1, which should allow it to go faster while staying in low range (it can hit 50 mph compared to the Rubicon’s 30 mph), making it ideal for climbing sand dunes and similar desert terrain, along with standard electronic locking rear differential and front-and-rear axles with a 4.1:1 axle ratio. According to the outfit, it boasts an approach angle of 44.7 degrees, a breakover angle 20.9 degrees, a departure angle of 25.5 degrees, and a ground clearance of 11.6 inches, making this a great fit for challenging desert environments.

To withstand the abuse it’s expected to take driving through sand and gravel at high speeds, the vehicle gets upgraded suspension components, including 2.5-inch internal bypass shocks to maximize handling, front hydraulic jounce bumpers to provide additional damping force, and external shock reservoirs to keep the shock fluid cool through extended drives under the desert sun. Oh yeah, it uses military-grade suspension fluid, too, so you know it can withstand the nastiest heat. 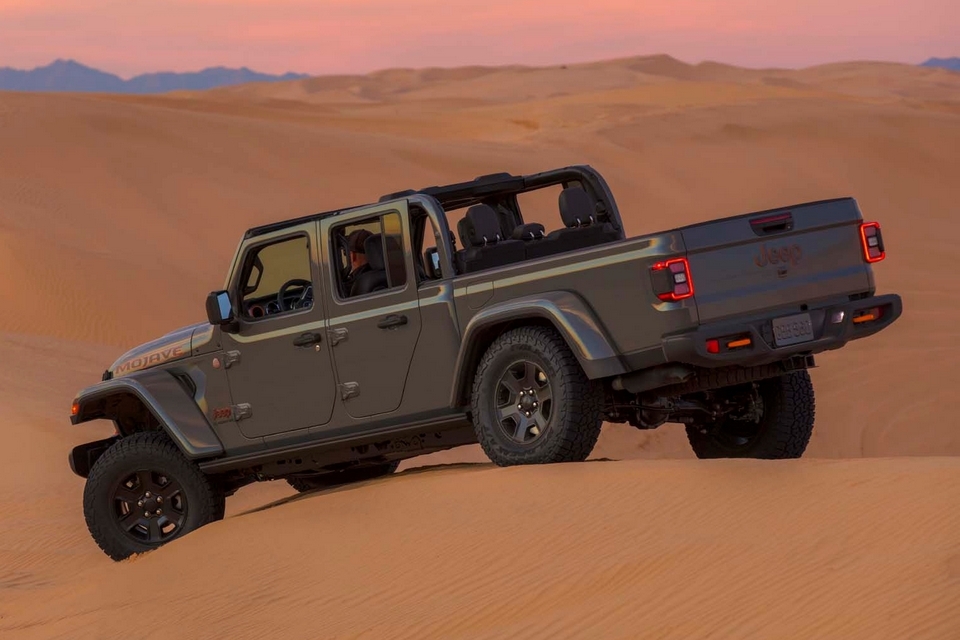 The Jeep Gladiator Mojave gets a half-inch increase in track, which should give it additional stability, all while accommodating the larger shocks package, as well as reinforced frame and axle to handle all the hazards that lurk in the desert. An Off-Road Plus button allows you to quickly engage what Jeep calls “the next level of tractive capabilities,” allowing you to easily change throttle, transmission shift points, and traction control – things you’ll need when performing high-speed passes on sandy ground and low-speed crawling on rocks. 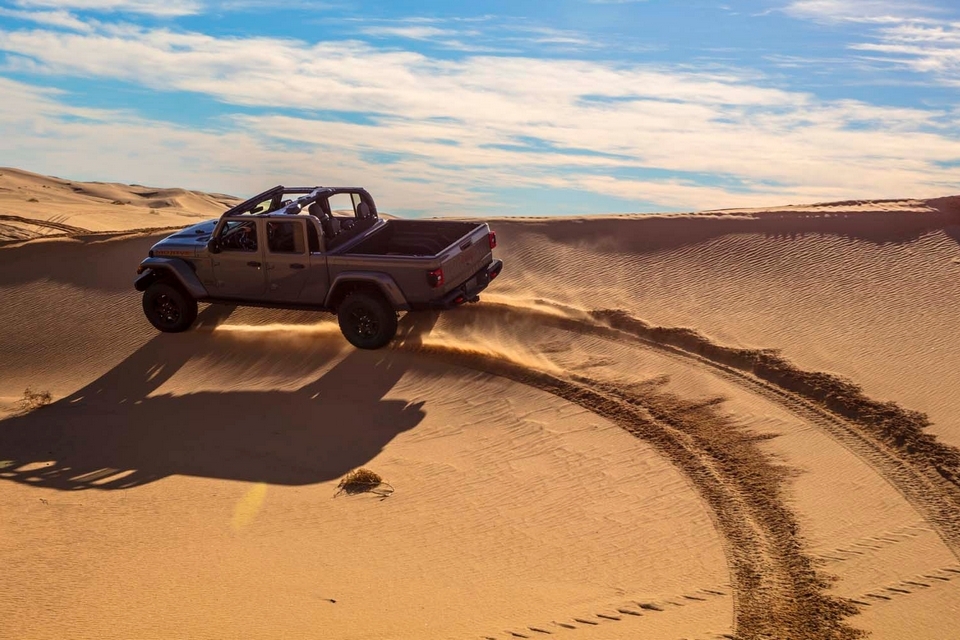 Inside, it gets more race-oriented front seats with upper bolsters that hold occupants securely in place, as well as competition-inspired leather-wrapped steering wheel with accent stitching and reinforced rim section for extra grip. Other elements include a heavy-duty performance hood with center scoop, orange tow hooks, 17 x 7.5-inch wheels, a payload capacity of 1,200 pounds, and a towing capacity of 6,000 pounds. 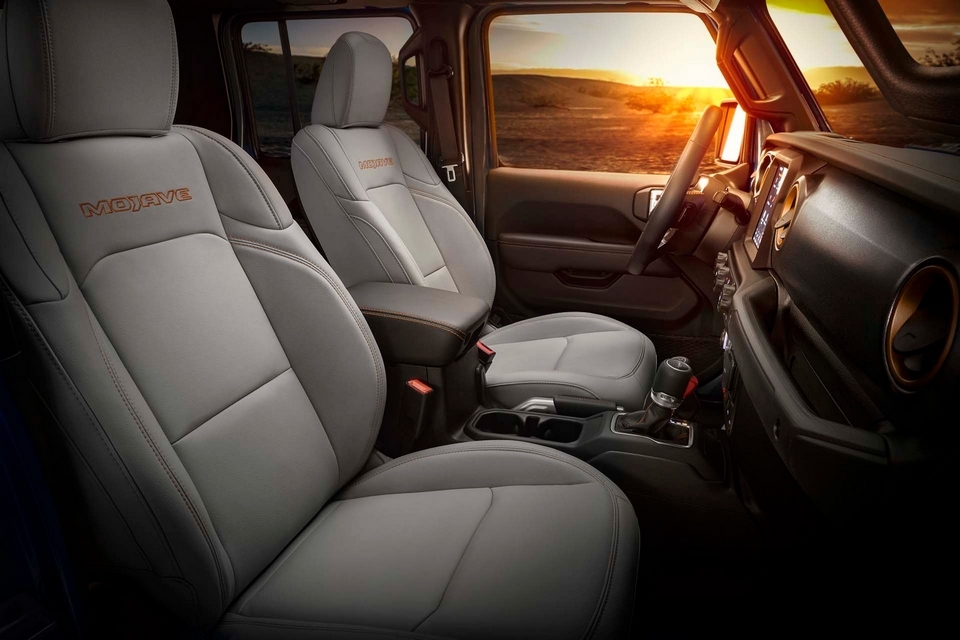 The Jeep Gladiator Mojave comes out in the second quarter. No pricing has been announced.