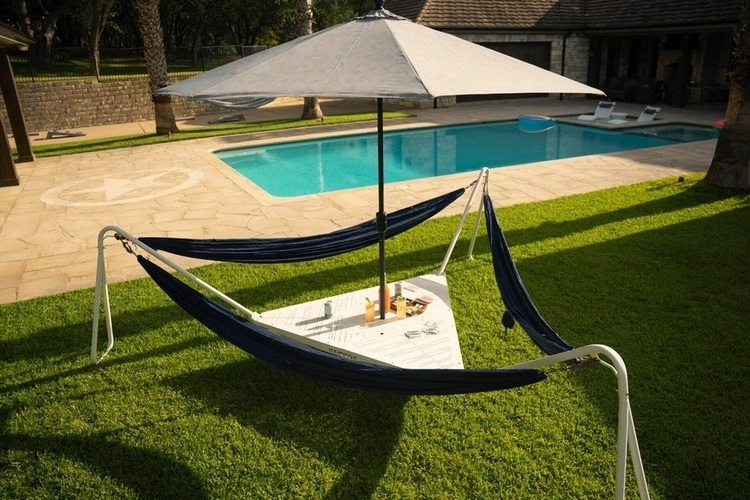 Remember Kammok’s Swiftlet, which let you set up a hammock in the backyard for use as a bed, a chair, or a probably uncomfortable couch? The Kammok Baya expands on the hammock-as-outdoor-furniture concept by letting you set up hammocks as part of a comfy-looking outdoor longue.

You know how a typical patio lounge will consist of a table, a few chairs around it, and a large umbrella in the center to give you shade during sunny days? Well, that’s what you get here, except the chairs are actually hammocks that you mount on the integrated posts, so you can share snacks and drinks with the family while sitting, napping, or rocking back-and-forth on a comfy hanging sack. 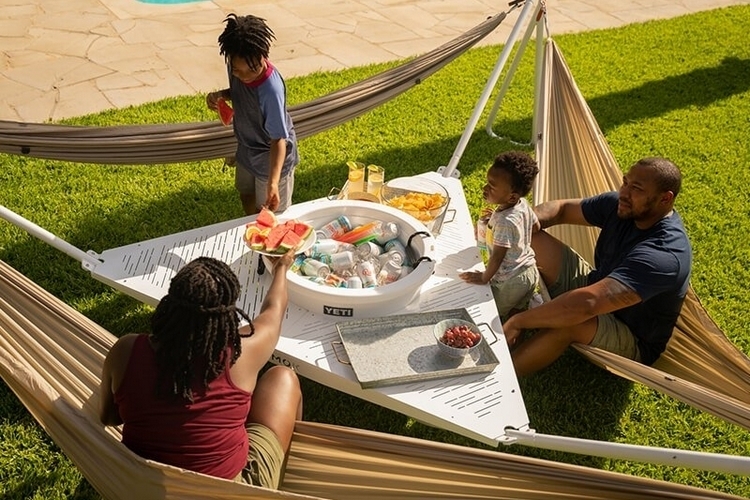 The Kammok Baya is, basically, a hammock stand that you can use to mount canvas beds in the backyard. Instead of setting up just a single hammock, though, it’s designed to accommodate three, each of which surrounds a three-sided table in the middle. Once set up, the hammocks can be used to lie down for naps while gently rocking side to side just like any regular suspended bed, so you’ve got yourself a trio of comfy hammocks for relaxing and unwinding at any time during the day. Since the hammocks are suspended pretty low, each one should also serve as functional seating for one or more people, so friends and family can gather around the table for eating, drinking, and swapping stories, much like a typical outdoor lounge.

According to the outfit, it should fit any hammock that’s the same length or shorter than the outfit’s Roo Double model, so it should accommodate most hammock products out there in the market. In case the hammock you’re mounting is too short for the distance between the two bars, you can use the included hammock straps to secure it to the unit.  However, longer hammocks like the outfit’s Roo Double XL are too long and will sag too low when mounted on it. 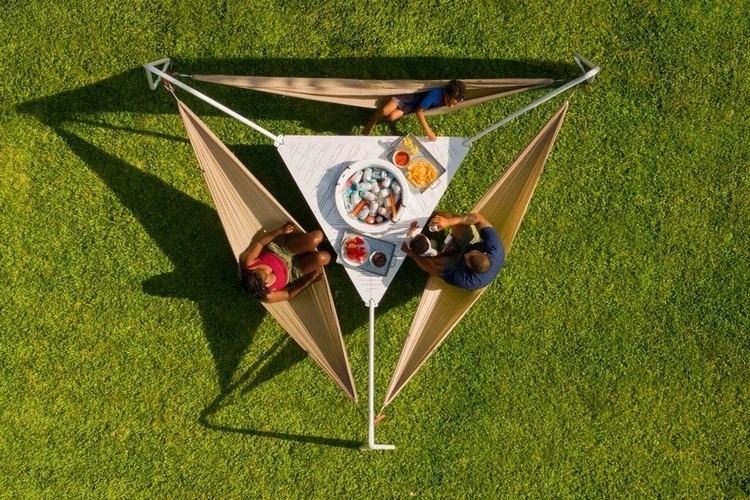 The Kammok Baya consists of the stand with brace bars, all mounting hardware, and a set of hammock straps. That’s right, you get just the frame, which is made from powder-coated steel tubes, so you’ll need to purchase both the table and umbrella separately. You’ll probably need to buy the powder-coated steel table, since a three-sided table that will fit flush in the frame isn’t exactly something you’re likely to find elsewhere, although you can skip the umbrella if you already have one with a pole diameter of 1.75 inches or less, which should fit on the integrated mount with no problem. 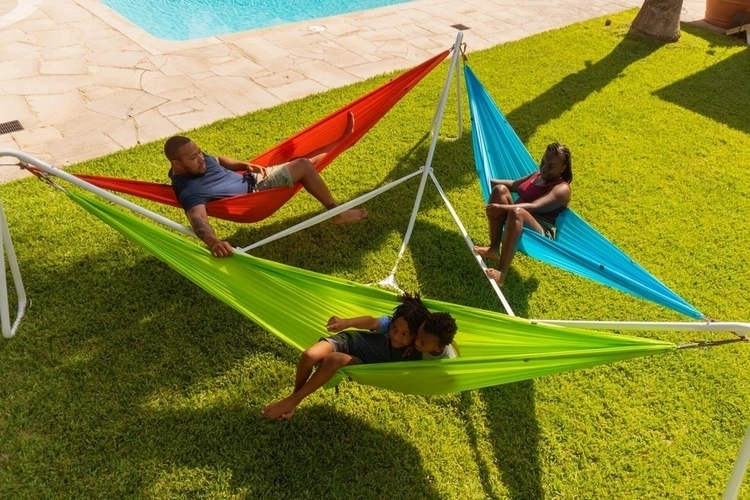 Kammok recommends seating no more than two people on each hammock, although we have a feeling you can cram three in there, albeit a bit uncomfortably. There should be no worries about the frame being able to handle all of you, though, as the whole thing is rated to accommodate up to 1500 pounds. The whole frame, sans table and umbrella, weighs 100 pounds.