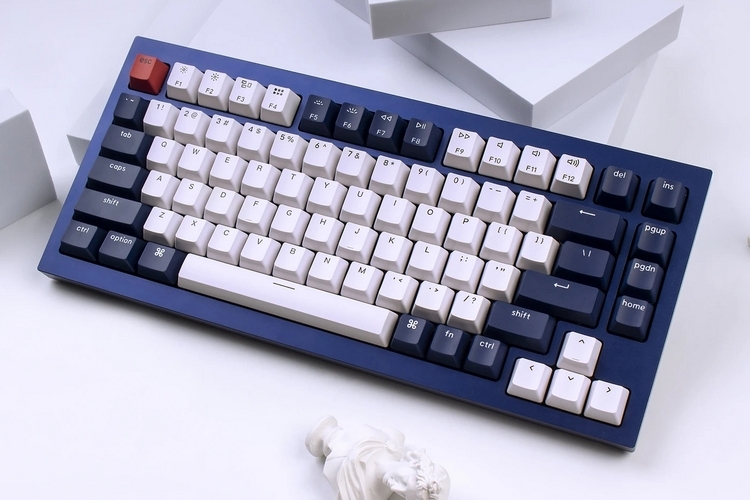 Some people build their own PC keyboards using off-the-shelf parts, customizing everything to their liking. Others want a ready-to-use accessory that’s been assembled, soldered, and factory-finished right out of the box. The Keychron Q1 offers keyboard enthusiasts something in between.

Want to build your own gaming keyboard, don’t want to shop for individual parts? You can get the barebones version of the Q1, which gives you all the parts other than the keycaps and switches for putting together yourself. Want one you can simply plug in to get a game going? Just get the pre-assembled version and you’re good to go. 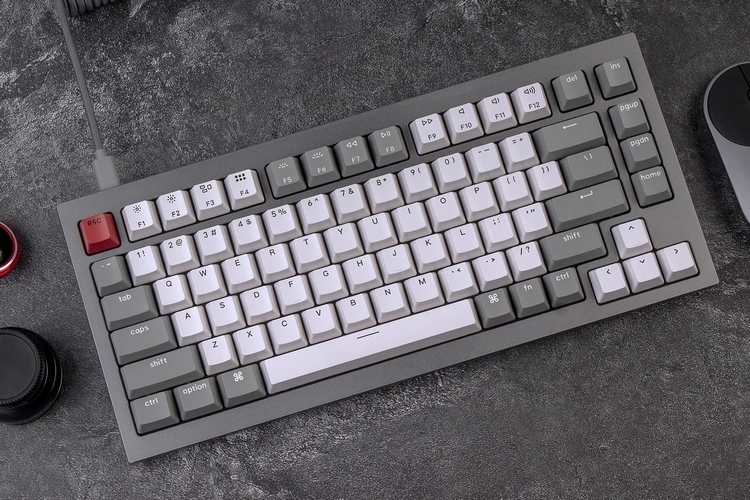 The Keychron Q1 is a 75 percent mechanical keyboard, so it’s compact enough to leave more room on the desk for your mouse pad, with a customizable design that allows you to change up every keycap, switch, stabilizer, and plate to different makes and models, allowing you to fine tune and tailor the keyboard to your exact liking over time. It’s hot-swappable, so you can replace both the keycaps and the switches on the fly, while a gasket-mounted design uses foam gaskets to separate the plate and top case, giving it a subtle amount of flex (up to 2.5 mm) when you are typing for a more satisfying feel.

A foam deck between the plate and the PCB reduces some of the noise that’s produced when typing on a mechanical keyboard, although you shouldn’t expect a quiet experience mashing buttons on this thing. Yes, it’s still going to be loud.  The stabilizers are screw-in, by the way, a rarity in gaming keyboards, so even the larger keys (specifically, the space bar, shift, enter, and delete) will be extremely steady, compared to standard mechanical keyboards with plate-mounted stabilizers. 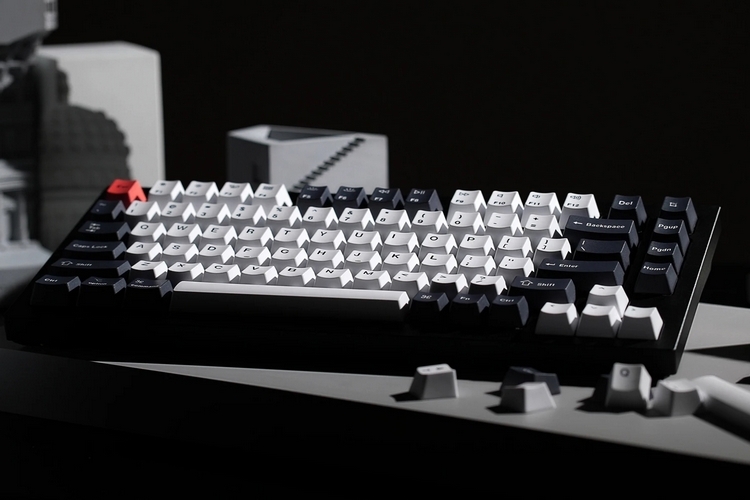 While it can be paired with any switches and keycaps, the fully-assembled Keychron Q1 is only available with three types of switches from Gateron (Phantom Red, Blue, and Brown), all of which have been created exclusively for the outfit. Each one is equipped with phantom light effects that glow in a similar color as their case for a more unified appearance, although each RGB LED can be programmed if you prefer a different look. According to the outfit, the Red has a linear behavior and the quietest sound of all three, while the Brown has a tactile feel and a gentle but noticeable sound. The Blue, on the other hand, has a strong feel and a loud clicky sound. It also comes with keycaps for both Windows and macOS systems, so you can painstakingly swap each key out whenever you’re moving computers (good luck with that), with a switch at the back allowing you to quickly set it from one layout to the other. 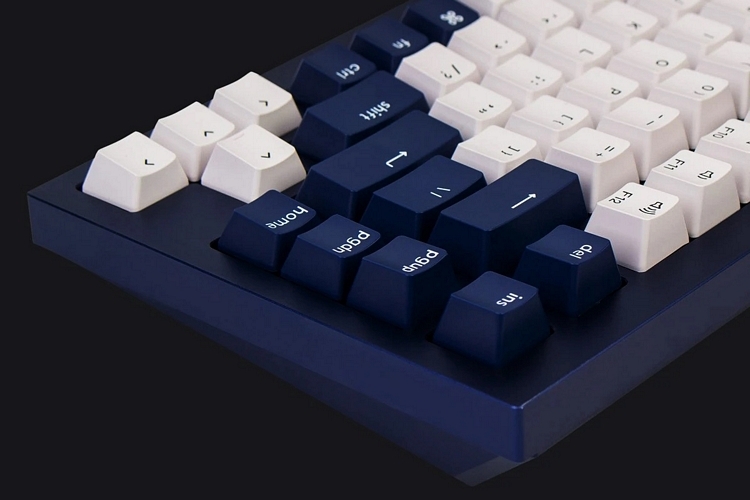 The keyboard’s case, by the way, is made a CNC-machined 6063 aluminum that’s been polished, anodized, and sandblasted, giving the whole thing a premium and substantial feel. It’s fully compatible with both QMK and VIA, a pair of popular open-source software for mapping and programming functions on hundreds of mechanical keyboards, opening the way for even more customization.

The Keychron Q1 is available now, priced starting at $169 for the assembled version and $149 for the barebones kit.