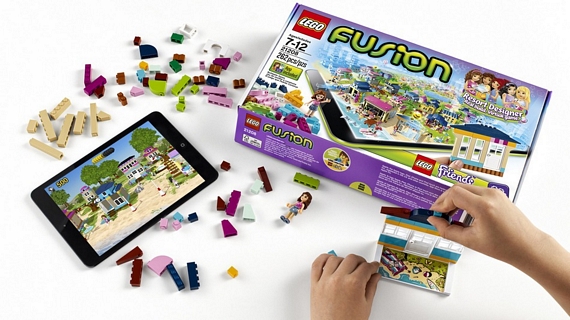 These days, it’s not unusual to see little kids glued to their tablets rather than playing with actual toys.  And it’s going to be hard to peel them away from it.  If LEGO wants kids to keep playing with the company’s classic construction toys, they’ll need to get creative.  And that’s definitely the case with LEGO Fusion, a new box set that combines physical construction bricks with tablet-based play.

Melding the world of digital and analog play, each LEGO Fusion set consists of both a set of bricks and a downloadable tablet game. It’s intended to drive children back and forth between building bricks and the tablet game, with the game giving them objectives to build using the physical set that, once finished, they will then shoot with the tablet’s camera for integration into the game’s virtual 3D world. 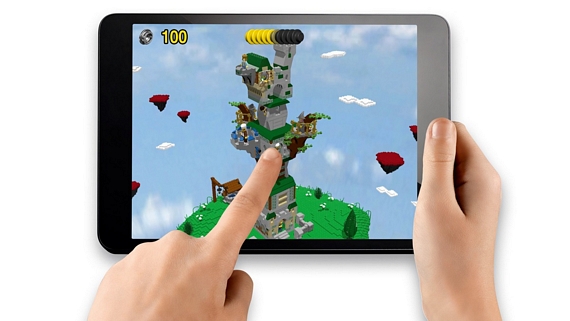 There are currently four LEGO Fusion sets, each of which consists of 200 bricks, along with a Fusion Capture plate on which to build the actual creations (it comes with electronics inside that communicate with the apps).  Town Master, a city-building game with the goal of keeping townspeople happy, has you constructing multiple structures for the city using the physical LEGO bricks.  Resort Designer, which is aimed at girls, works in a similar way (instead of a whole city, though, you concentrate on a resort), except you also build interiors for the structures you create.  Battle Towers is a tower defense game where you build castles and fighters to reinforce your stronghold.  The last game, Create & Race, has you building customized cars for time-based races and demolition derbies. 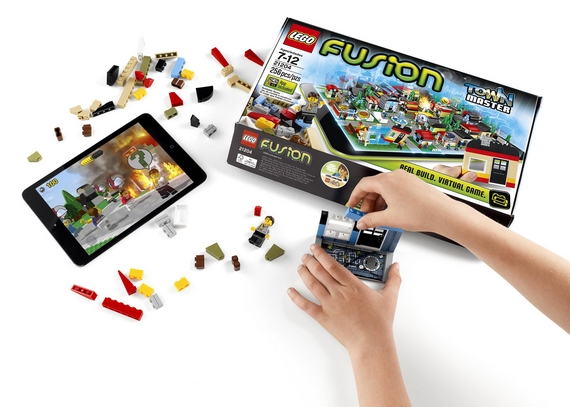 Slated to come out in August, the LEGO Fusion sets will retail for $34.99 each.