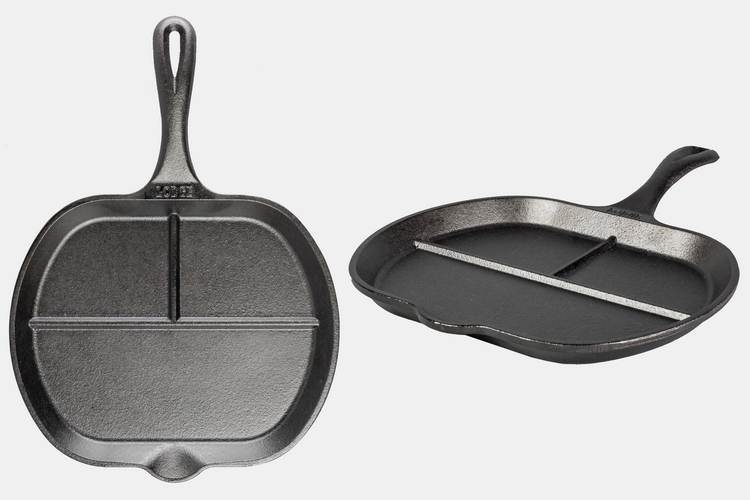 We’re big fans of skillets with built-in dividers, as they let you fry multiple food items simultaneously without mixing them up. Judging from their Amazon sales, lots of people love them, too. If you prefer cooking with cast iron, though, you might want to venture over to the folks at Lodge, which offers its own take on the cookware with the Legacy Series Bacon & Egg Griddle.

A cast-iron skillet, it’s a remake of an old entry in the Lodge catalog from the 1930s, likely to take advantage of the seemingly newfound popularity of multi-section griddles.  As the name implies, it’s the part of the outfit’s Legacy Series that started in 2018, which pledges to release one vintage cookware design per year, allowing the new generation of cooking fans to enjoy the same products from many years ago. 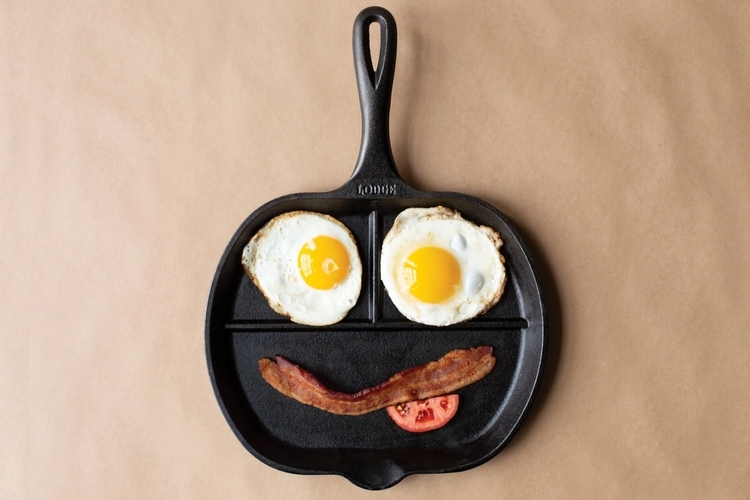 The Lodge Legacy Series Bacon & Egg Griddle is meant to be a go-to cookware for making breakfast. Dividing the cooking surface into three sections, it’s got one large section that you can use to cook a few pieces of bacon in one batch and two equally-sized small sections that can be used to fry an egg each. While it uses “bacon & egg” in the name, you can, of course, use this for any breakfast combo you want to feast on. Cook a big batch of scrambled eggs in the large compartment, then use the smaller sections to cook sausage patties and English muffins. In the mood for an Asian breakfast? Make some fried rice on the large surface, while cooking an egg in one small compartment and some sliced meats on the other. And add soy sauce. Everything gets more Asian with a little soy sauce. 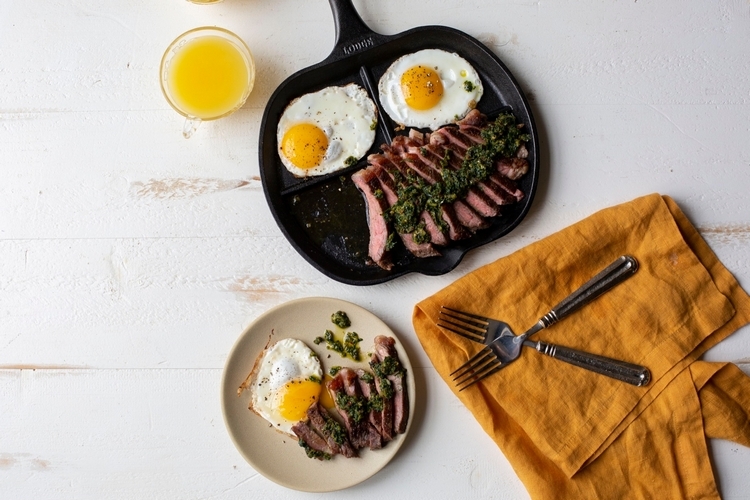 Of course, it’s not restricted to breakfast either, as this thing is, pretty much, a regular skillet, albeit with three sections for keeping food separate. Use the large compartment to pan grill some burger patties, while using the small sections to heat up buns, onions, tomatoes, or whatever else you want to stack on your sandwich. Cook some salmon on the large section and whatever sides you want on the other two. Basically, this makes for a great addition to your cookware collection. 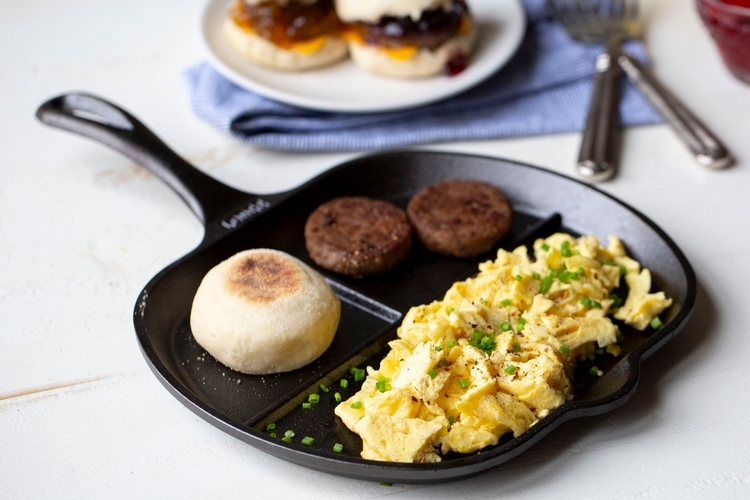 The Lodge Legacy Series Bacon & Egg Griddle comes with a pour spout on the large compartment, so you can drain grease from the pan if you want to serve the food directly on the pan. Yes, it also makes it easy to cook sauces and stews in there, as you can transfer it directly to a dish without making a mess. Aside from that, it’s pretty much a standard Lodge cast iron skillet, so it’s been pre-seasoned with natural vegetable oil, making it ready-to-cook as soon as you get it, all while being able to be used in any kind of stovetop, oven, or grill. It measures 11.6 x 15.1 x 2.5 inches (width x length x height) and weighs 4.7 pounds.

In keeping up with the outfit’s focus on affordability, the Lodge Legacy Series Bacon & Egg Griddle is priced at $49.95.