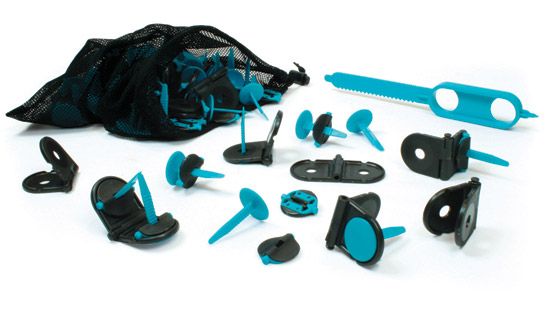 Like to build stuff?  You might just end up salivating with the Makedo, a three-component construction set that lets you build functional items out of most flimsy junk materials you can find.

Want to design a cardboard igloo?  A sculpture made out of Starbucks cups, perhaps?  How about an Indian tent from folded art paper?  The Makedo lets you play carpenter, designing flimsy but sturdy structures with plastic saws, nuts, bolts and hinges. 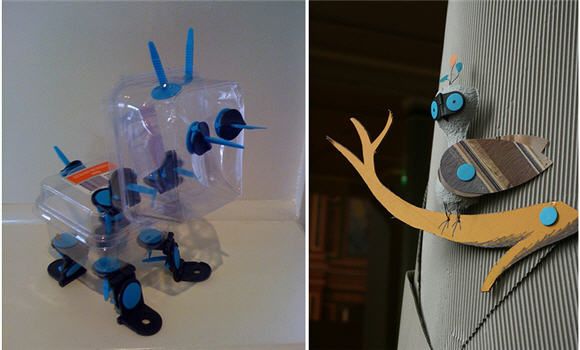 Designed to work with cardboard, paper, fabric, plastic and similar raw materials, Makedo consists of a two-piece connector (a pin and a clip), a hinge and a multifunction tool.  The connector clamps construction materials to each other (like a cardboard and a plastic tray, for instance) up to 19mm of depth; the hinge lets connected items pivot freely or lock at an angle up to 270 degrees; and the multifunction tool pierces and cuts through items (can be replaced with tool knives, scissors or saw).

Currently in the prototype stage, the nifty modular construction kit is currently being shown off in shows and trade exhibits.  The current designs the team has been able to produce look very, very good – making this a potential hit when it does begin selling. 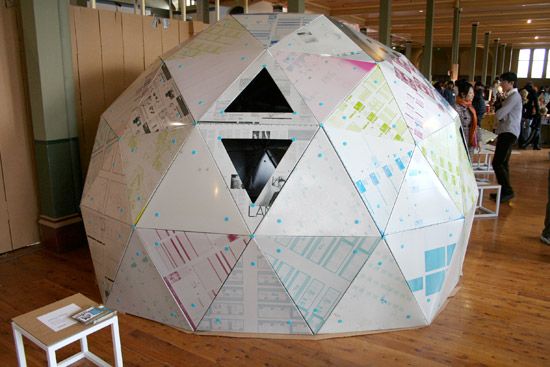 The guys behind Makedo says they are releasing it in beta, whatever that means.  Most likely, they’ll be willing to sell you a few pieces if you’re interested, provided you give feedback about the kit, as well as suggest improvements.  Seriously, though, this thing looks more fun than Lego – hopefully, they can put it in stores before Christmas.  I want one.