Still think Lava Lamps are cool?  Just in case you haven’t lost your taste for the illuminated blobs of wax, the latest Mathmos creation should offer an interesting new novelty.  Called the Fireflow R1, it’s clad in the shape of a rocket to commemorate that 40th anniversary of the moon landing everyone can’t seem to stop talking about – even though it never really happened (just kidding, I’m not convinced of a conspiracy – yet).

Aside from the retro rocket aesthetics, the Fireflow R1 is also the first lava lamp to use tealight candles in order to heat the wax.  Place one inside the rocket, wait 20 minutes and watch that lava start flowing.  That means, you’ll get the same slinky wax action, all without using up electricity like conventional lava lamps do. 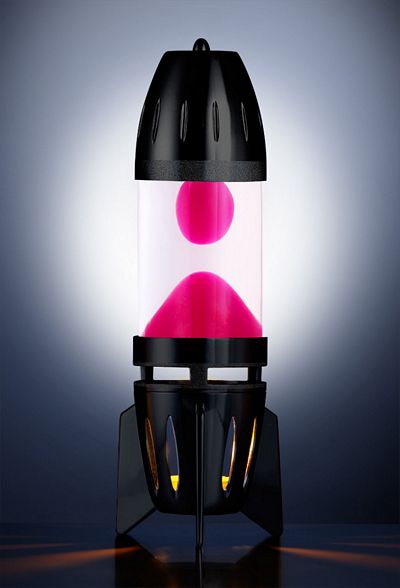 The Fireflow R1’s shell is made from cast zinc alloy, with a choice of either chrome or black nickel finish.   Shape is similar to the standard tabletop lava lamp, with the addition of legs to mimic a small rocket. Each unit is nine and a half inches tall and weighs around half a kilo.

As with other similar Mathmos lamps, buyers can choose between five colors of wax (Pink, Green, Turquoise, Purple or Glitter), set against a clear liquid.  Without conventional electric power to create the “flowing lava,” each R1 can only work as long as the tealight is burning, which is between 3 to 4 hours for a regular-sized candle.

The Mathmos Fireflow R1 only ships with one tealight bundled, so you’ll have to get a bunch of the encased candles in order to use it regularly.  It’s now available in the UK for £29.00. [Mathmos via Red Ferret]

Don’t like this one, We also sound some other cool lava lamp deals for you.