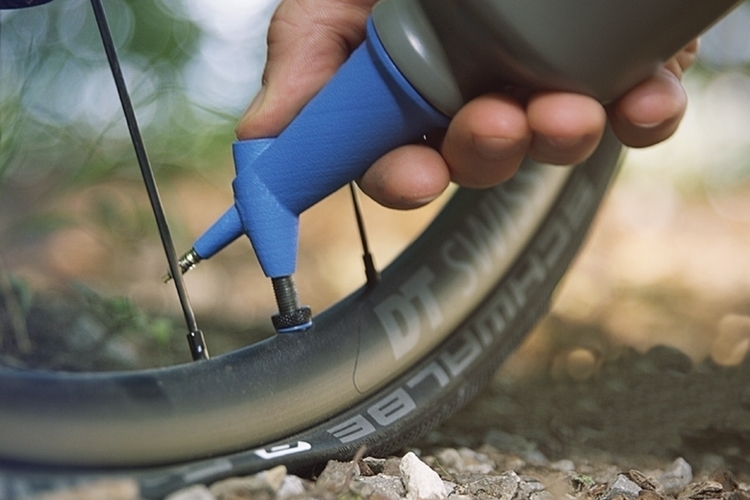 Tubeless bicycle tires are great as they enable fewer flats, all while being lighter, performing faster, and showing less rolling resistance. No, they’re far from perfect, but the benefits are good enough that many folks are willing to make the switch. One of its biggest problems? Good luck inflating a tubeless tire without an air compressor. The milKit Booster wants to change that.

Yes, there are already products in the market that allow you to inflate tubeless tires without an air compressor. This new solution, however, does everything else one better by being affordable, highly portable, and extremely easy to use. Simply put, it’s the kind of thing you won’t mind bringing along on the road. 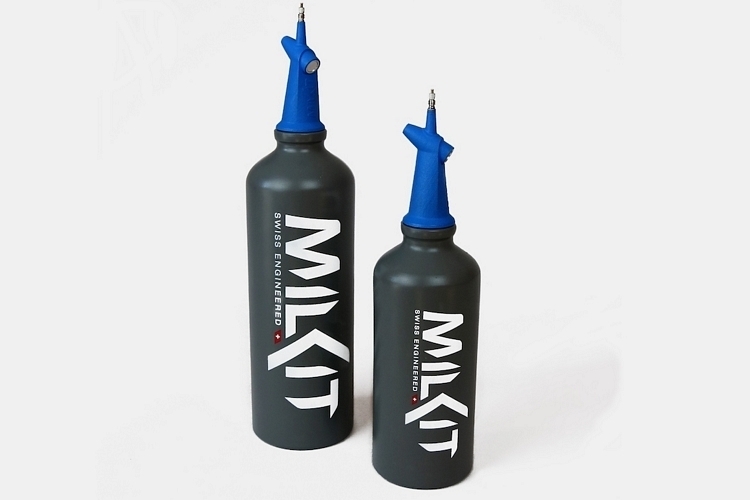 The milKit Booster consists of a body resembling a water bottle and a cap that houses the valve system which you can use to conveniently inflate tubeless bicycle tires. To get it ready for use, simply fill the bottle with air by pressing your bicycle pump onto the valve (it has a Presta adapter). That’s it. Once you need to inflate a tire, just press it on the tire valve until it’s at the desired pressure level, remove it, and you’re set.

Since you’re, basically, transferring air from the bottle to the tire directly using a valve-actuated slider, no air is lost due to friction, allowing it to inflate your tires in an efficient manner. And, yes, it works with any tubeless tire valve, although they recommend the outfit’s proprietary milKit valve (whose biggest selling point is it allows you to check how much sealant is left without taking the tire off the rim) if you want the highest possible airflow. 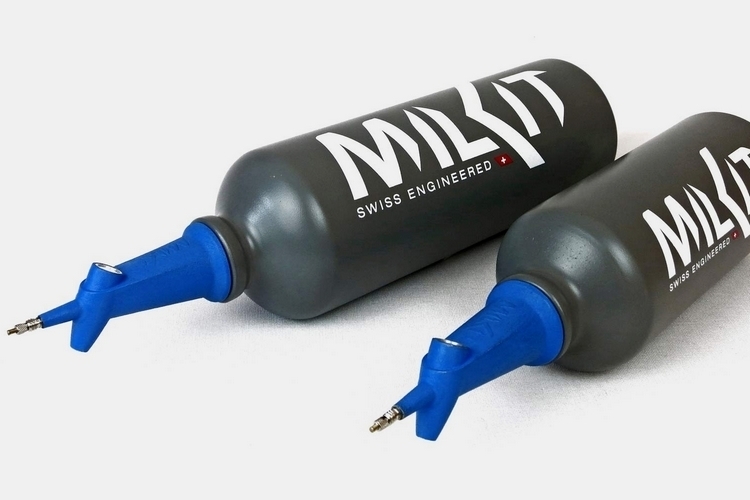 Because the milKit Booster is no bigger than a standard water bottle, the darn thing can be easily slotted in your jersey pocket, mounted on a bottle cage, or squeezed inside the side pocket of a backpack, making it very convenient to bring, whether you’re riding a bike on the trail or in the city. As long as you have a traditional bike pump on hand along with this thing, you’ll be ready to inflate your tubeless tires wherever you are. 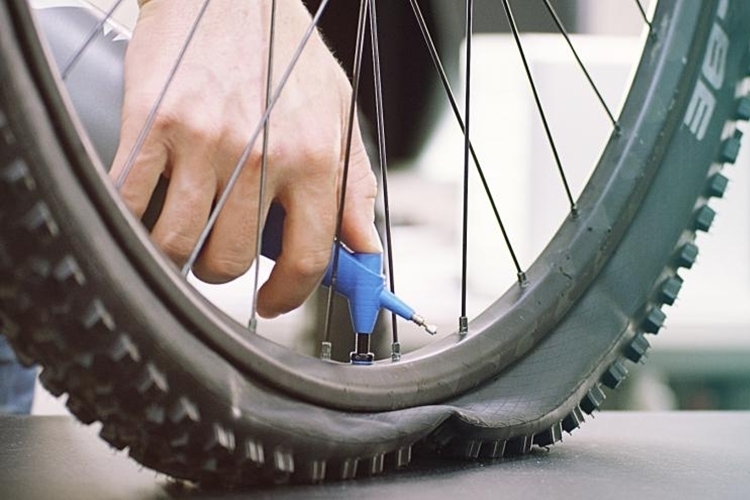 The body of the rig is actually a water bottle that’s been repurposed to serve as a container for compressed air. As such, it actually ships with two caps: one designed to serve as a valve for drawing air and inflating tires; and one designed to serve as a drinking system, complete with a long tube and bite valve, so you can get a sip while riding. That’s right, you can use this thing as a water bottle in a pinch (in case you forgot your actual water bottle or something). We don’t know how hygienic it is to drink out of the same gear you just used to transfer compressed air a while back, but you can do it if you’re so inclined.

A Kickstarter campaign is currently running for the milKit Booster. You can reserve a unit for pledges starting at CHF 42.