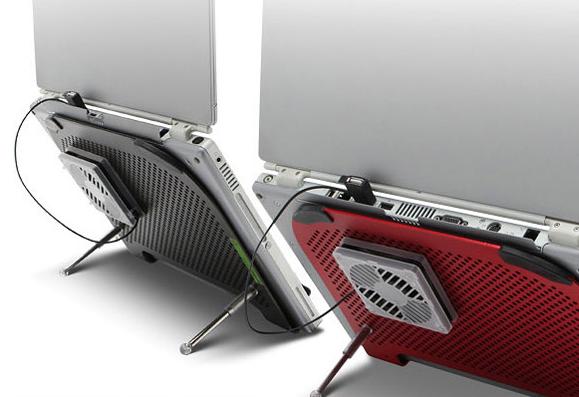 It’s a hazard of even the finest performing laptops and notebooks that they overheat. It’s simply the nature of them, what with having so much performance packed into such a small space. We’ve all heard out notebooks scream at us when we’re running a graphics and CPU intensive online game, three instances of a web browser, a graphics program and watching videos at the same time. That loud almost breathing sound you hear when the built in fan is going into overdrive is annoying too, as well as a sign that you could benefit from some assistance.

Laptop coolers are no new concept. The stands with fans incorporated into the body that run from the USB socket of the laptop extend the life of your laptop. Simply, overheating is the cause of a massive number of laptop problems. 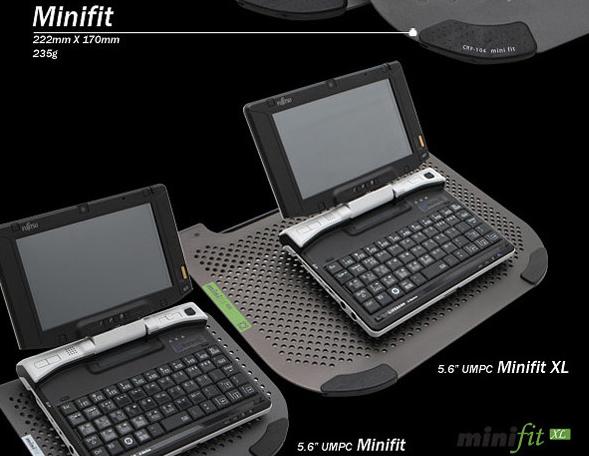 We can think of the Mini Fit XL Cooler as something of a laptop cooler on crack. It has an impressive list of features giving it the edge over its competitors. First of all it actually acts as a usable and ergonomic laptop stand offering a 22 step gradient of rotation for the angle of the stand. It can be pulled apart and used a book or document stand. But for me the most impressive feature is its fans.

Have you ever bought a laptop cooler and found that when you get it home it’s actually laid out in such a way that the fans aren’t aiming in the right place and thus you are not feeling its full benefit. I have. Many laptop coolers just position the fans generically, meaning they’re never optimized to your notebook unless you get lucky. With this one, however, you can move the fans to the right place for your laptop.

So see, much more than just a laptop cooler. This is due to hit the shelves in the Autumn of 2009. However, there is no retail price yet released. Does that mean it might be a nasty shock to the bank balance?