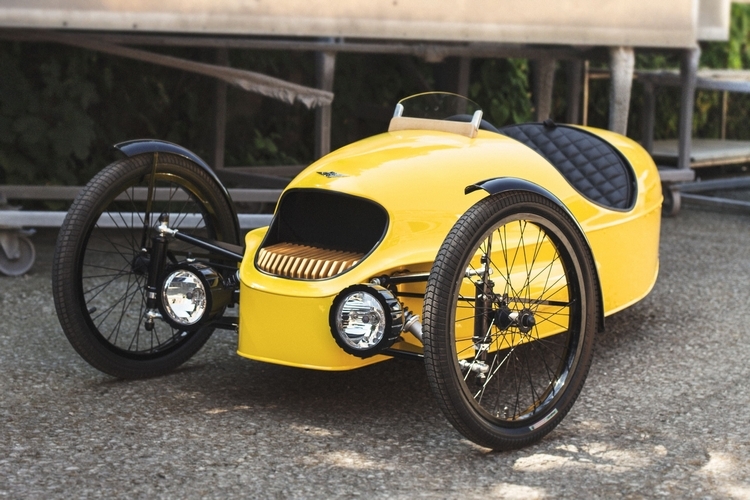 It was only last year that Morgan launched its first electric vehicle, which combined the modern powertrain with the outfit’s retro three-wheeler design. We have no idea how well it sold, but we’re guessing the automaker had a small hit on their hands because they’re immediately following it up with the Morgan EV3 Junior, a smaller version of the car that’s aimed at young drivers.

“Young,” in this context, doesn’t mean 16 year olds with a student permit. Instead, we’re talking about kids seven years and older. That’s right, Morgan’s latest vehicle is a kiddie car, so the scion of well-heeled Morgan owners can have their own retro-wheeler to ride around the neighborhood. 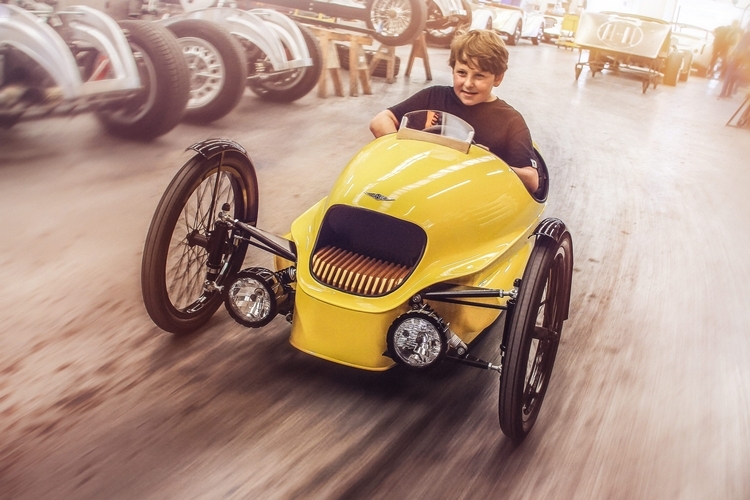 The Morgan EV3 Junior is styled to look like the original EV3 model, albeit in a size more suited to smaller bodies. Of course, it doesn’t come with the same powertrain as the road-legal version, having been fitted with a more appropriate engine that allows it to reach top speeds of just 10 mph and a battery that holds enough charge for 10 miles of driving, so kids can keep themselves busy for an hour before heading back to the garage to charge for four hours. 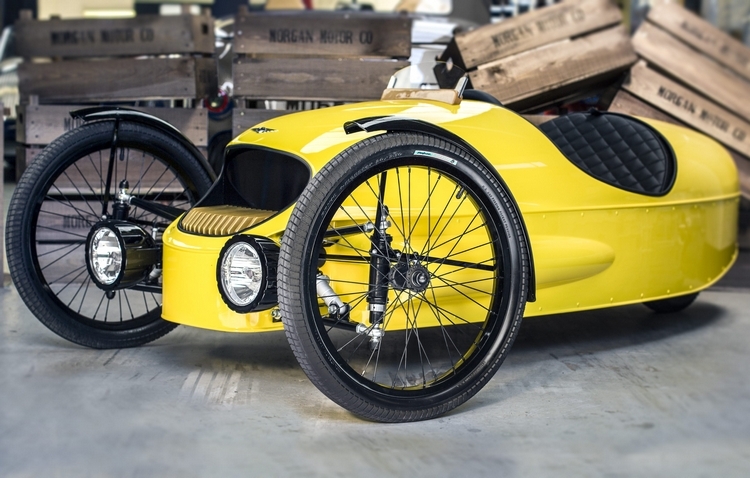 Features include a carbon fiber body, leather upholstery, a wooden dashboard, and hand-stitched interior details. It comes in a choice of red, green, or ivory finish.