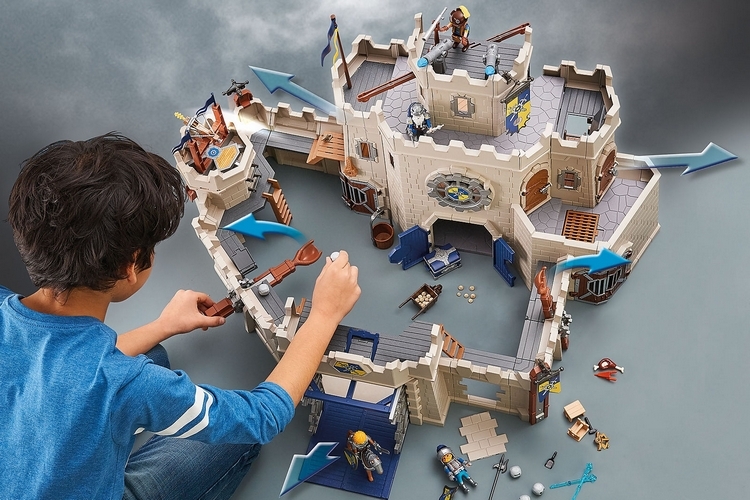 There’s no shortage of castles, towers, and other medieval structures you can create using LEGO pieces. They’re versatile enough to let you put a whole bunch of them together. If kings, castles, and medieval battles are your thing, though, it’s usually a good idea to skip the LEGOs and check out the Playmobil line, as they tend to have a heck of a lot more models and playsets in that category. If you want to stage a castle siege, for instance, you can pick up this Playmobil Grand Castle of Novelmore Playset.

A part of the outfit’s Novelmore theme, the toy lets you build a full-fledged medieval castle that’s fully-fortified to defend itself from attacks by outlaws, raiders, and armies of your rival kingdoms. In case you don’t have enough Playmobil figures to stage such a showdown, you can send in the army of Disney minifigs you have in your collection, since, let’s be honest, there’s nothing more hilarious than Mickey Mouse, Donald Duck, and Goofy trying to pillage a peaceful kingdom like a band of crazy marauders. 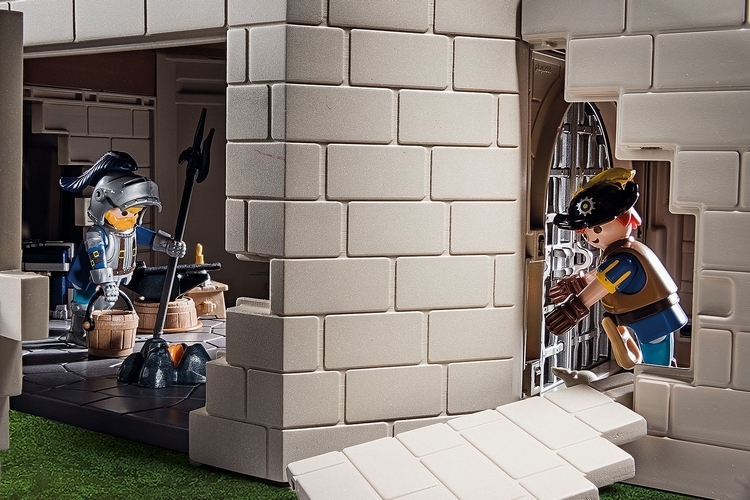 The Playmobil Grand Castle of Novelmore Playset lets you build a large castle measuring 31 x 22.4 x 17.3 inches (length x width x height), with high walls, multiple towers, and a tall central keep where your troops can set up to rain down an attack from up high. Before enemies can enter the castle, they’ll have to make their way in either through the drawbridge, which mechanically opens and closes, or a specific patch of wall that the raiders can use to break through (it can pop and off). Behind the castle walls is a spacious bailey area for your armies and citizens to gather during the assault, with a whole host of props to make it feel like a bustling castle ground during more peaceful times. 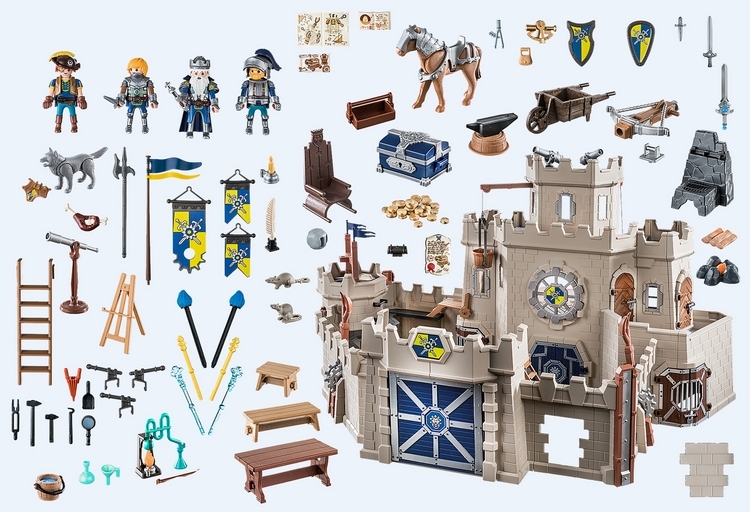 There’s a functioning catapult and arrow-shooting ballistas, so you can hurl projectiles at any attacking forces, along with swords, knives, and a host of other weapons to make sure your soldiers are armed and ready. Inside the castle is a functional trap door that leads straight to a prison cage below, giving you a last-ditch chance at stopping the assault if they ever make their way to the main tower, while an elevator allows easy access to the main tower, so you can transport weapons much quicker. 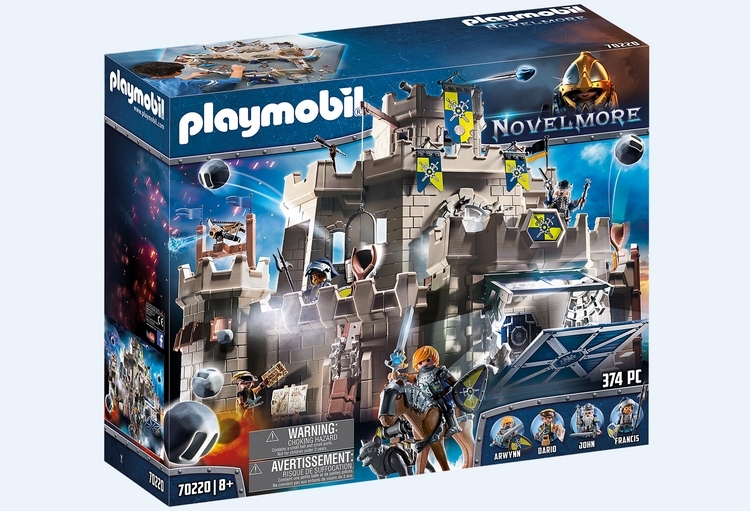 The Playmobil Grand Castle of Novelmore Playset comes with four character figures: King John, two knights, and a raider. We know, that sounds awfully sparse for a medieval style attack, but that’s why you’ll have to beef it up with a bunch more figures from the era (yes, Playmobil has plenty of them). A whole host of accessory elements are included that you can use for whatever scene you want to put together, including a throne, a treasure chest, shields, a horse, a wolf, rats, a telescope, ladders, hand tools, multiple flags, tables, stools, wheelbarrows, and more. Suffice to say, you can set up a lively medieval scene with everything included here.

The Playmobil Grand Castle of Novelmore Playset is available now.