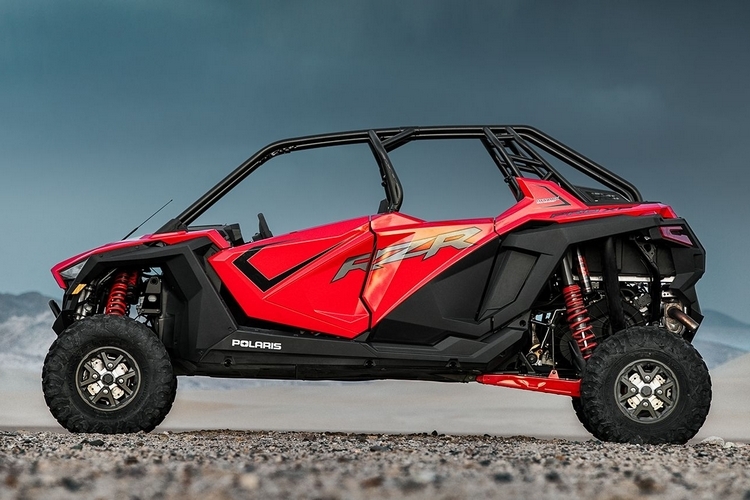 Earlier this year, Polaris debuted the RZR Pro XP, an over-the-top remake of the popular off-roader that seeks to elevate the model above anything that rivals like Can-Am, Yamaha, and Honda can offer. The Polaris RZR Pro XP 4 brings that same high-performance UTV in a four-seat model, so you can take a small group of friends along to your next adventure across the most unforgiving trails.

That’s right, it’s the same batshit side-by-side in a four-seat configuration, allowing you to explore the most punishing deserts, the muddiest swamplands, and the rockiest mountain trails with three passengers in tow. No more getting lost in the desert with only your useless best friend – you can now, at least, try finding your way back with three other people. Yes, we’re hoping that gives you a better chance. 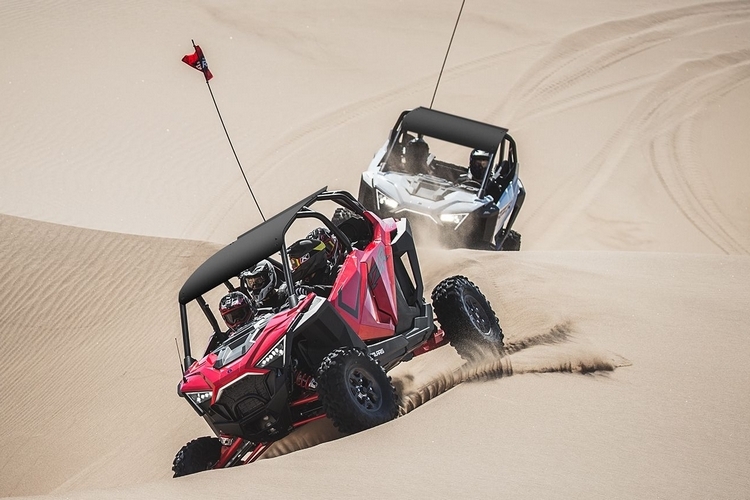 The Polaris RZR Pro XP 4 retains the same general design as the two-seater model, configuring the cockpit to revolve around the driver. That means, it gets the same lowered buckets seats that are pushed further back than usual, making the driver feel more planted and stable while commandeering the vehicle behind the wheel. Of course, since this is a four-seater, the outfit introduced a few other elements in the cockpit, such as slightly-elevated rear seating crates for improved sightlines (no point in exploring if all you see are the heads of people in the front seats), three more inches of legroom, and four more inches of shoulder room for highly-improved comfort through all those long, bumpy rides.

Similarly, a four-seat configuration required a new calibration for the outfit’s active suspension system, which is now paired with upgraded FOX 2.5 live valve shocks. A button on the steering wheel (marked with X) triggers this system to fully stiffen up the suspension in a fraction of a second, making it very useful for those times the vehicle ends up airborne and requires the firmest suspension to absorb the impact when it does hit the ground. 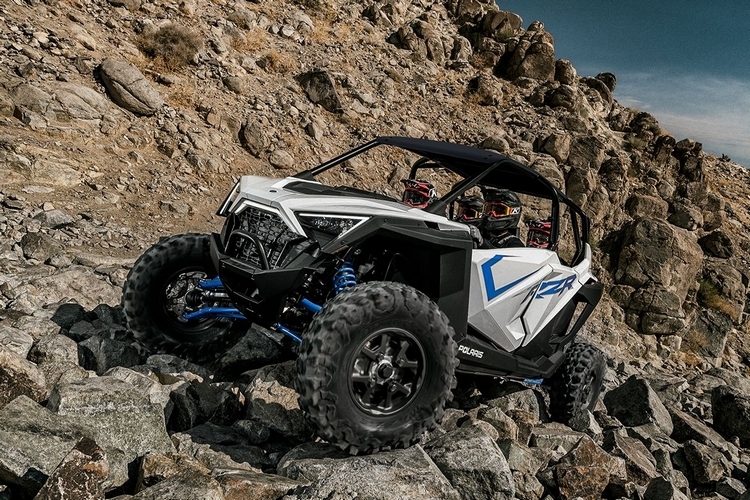 The Polaris RZR Pro XP 4 gets a 925cc four-stroke twin-turbo engine that puts out 181 horsepower, with the whole drivetrain tuned around the 20 to 50 mph range to deliver heart-racing acceleration when you unleash its full power. It has a wheelbase of 125 inches, making it the longest chassis on any RZR model, allowing it to provide the aforementioned extra legroom, along with extra storage space.  That same wheelbase enables better agility, straight line stability, and versatile performance in a variety of situations. 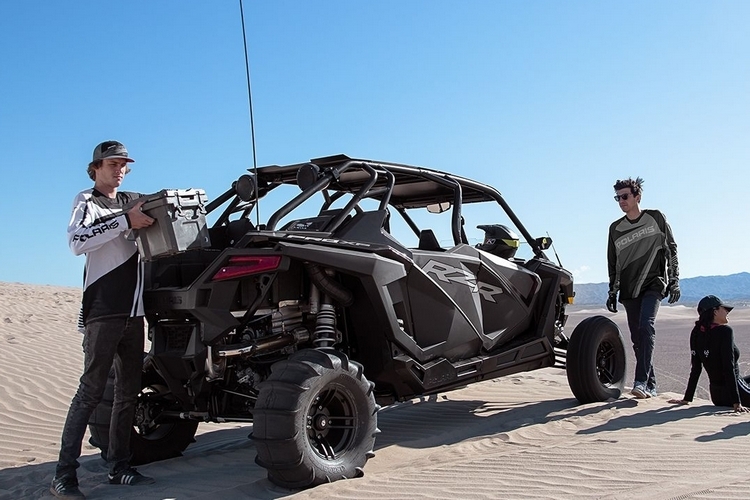 As with the two-seater, it’s been strengthened in every area that matters. The axles, for instance, are eight times stronger than last year’s model, while the revamped transmission boasts 39 percent greater durability. The front drive is supposedly also three times stronger than before, while the single-piece frame touts 2-inch main tubing and 1.75-inch cross-bracings to ensure it can hold up to driving in the roughest environments. Other details include 14.5 inches of ground clearance, 22 inches of usable suspension, 16 cubic feet of cargo space, and a 7-inch touchscreen instrument panel.