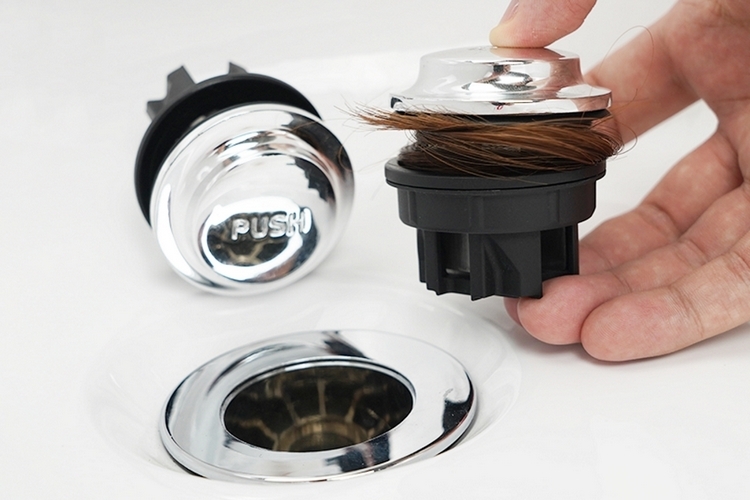 Drains filled with hair is a near-ubiquitous sight in many showers and bathtubs. Cleaning out that hair clog is just one of those chores you have to do on the regular.  The PressDrain lets you eliminate that chore completely by giving you a drain that can chop up that collected hair and wash it right off at the push of a button.

That’s right, this thing has built-in blades that can cut those bundled hairs it’s collected, so it can wash out through the drains into the pipes like all the grime coming off your body. No need to manually pick those hair up and dump them in the trash – just press down at the top of the drain and all that hair gets cut into small enough pieces to flow straight down with all the water draining out. 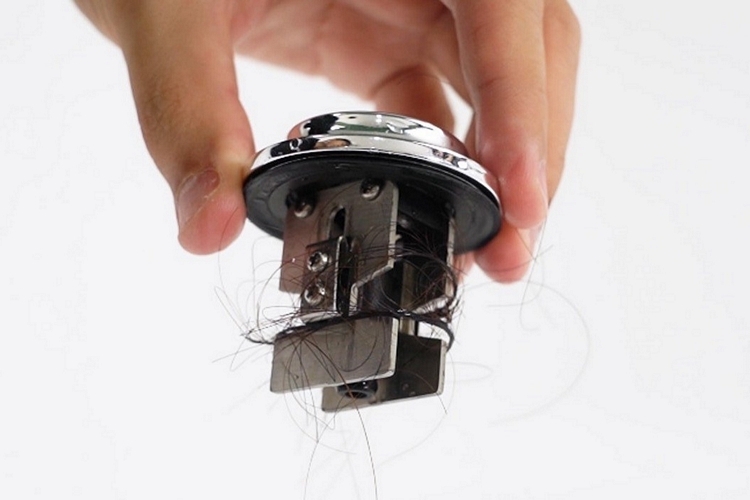 The PressDrain consists of a stainless steel button-shaped top and a rubber base, with space in between for hair and other debris to get caught on. Instead of keeping those strands of hair in place wherever they caught on for cleaning up later, it’s equipped with a quadrat blade facility inside the rubber base that’s ready to cut hair as soon as it’s activated. To cut the hair, you simply press on the button-shaped top of the drain (either by bending down to use your fingers or just stepping on it with a foot), which will push the hair into the blades and cause the blades to spin, cutting some portions of the hair, so they fall off straight into the pipes. Chances are, you’ll have to do this several times to get rid of all the stuck hair in the drain, but it still beats having to clean up all that gunk-covered hair on there. 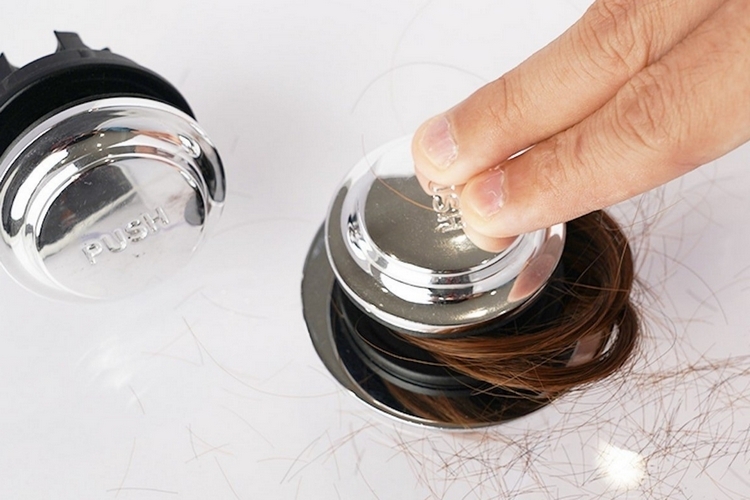 As you can tell, the blades are activated by the force you exert at the top of the drain, so the harder and faster you step on it, the more cutting it’s likely going to perform. The blades are recessed into the rubber base of the drain, too, so there’s no chance of your toe catching under the top of the drain and getting cut, making it perfectly safe. According to the outfit, you won’t even be able to reach the blade with your fingers even if you remove the drain completely. 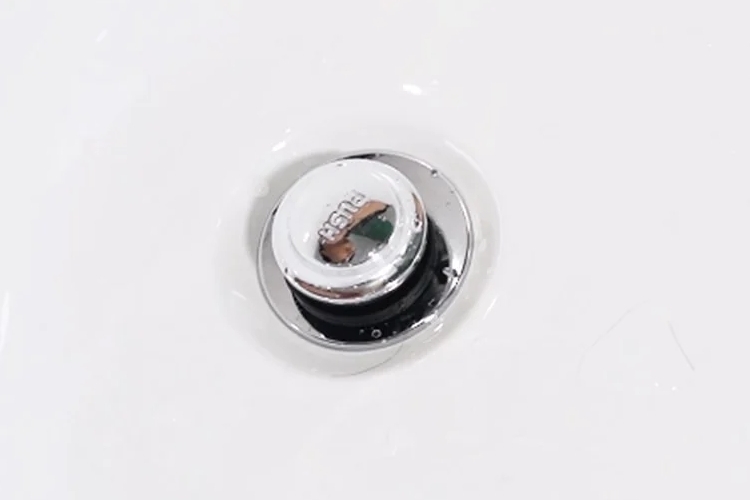 The PressDrain is designed to function like a regular drain, by the way, complete with the ability to serve as a stopper (just press the top and turn it) that keeps water from falling out for those times you’d like to enjoy a luxurious bath in the tub. It’s supposed to work with any drain measuring between 1.25 and 2.0 inches, which should cover most common shower and bathtub drains out there. The stainless steel sections, by the way, use 304 stainless steel, which will neither rust nor oxidize, so it will stay looking good with minimal maintenance requirements.

A Kickstarter campaign is currently running for PressDrain. You can reserve a unit for pledges starting at $39.