Prometheus Device Lets You Shoot Flames From Your Hands 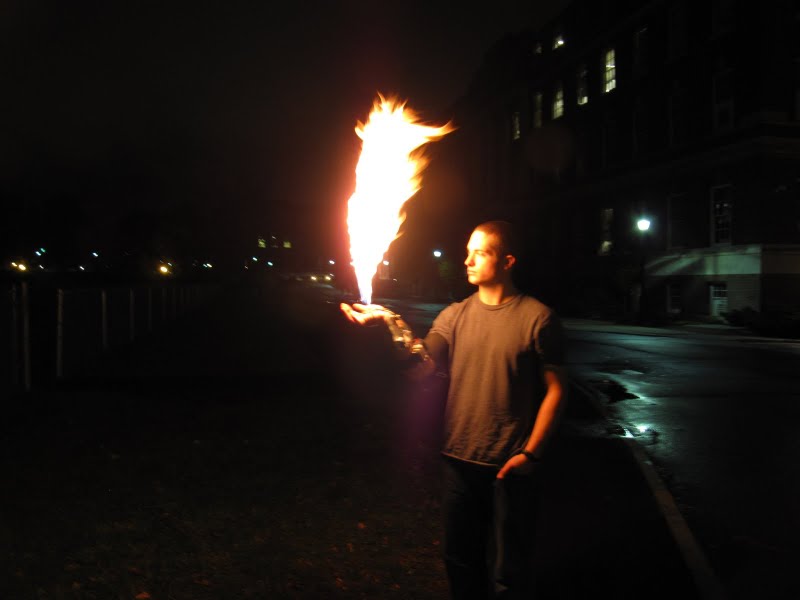 This man shoots fire from his hands. Like a mutant or a superhero or a supervillain or an alien, you ask?  Not really.  Actually, like an engineer who created his own awesome fire-breathing contraption.

Everett Bradford’s Prometheus Device overloads everyone’s wow meter with his crazy rig, shooting real fire like a hand-mounted flame thrower.  Actually, it is a hand-mounted flame thrower.  The next time you eat steak and it isn’t well done, you can char it on the spot – along with the rest of the table (and probably your dining companions), of course. 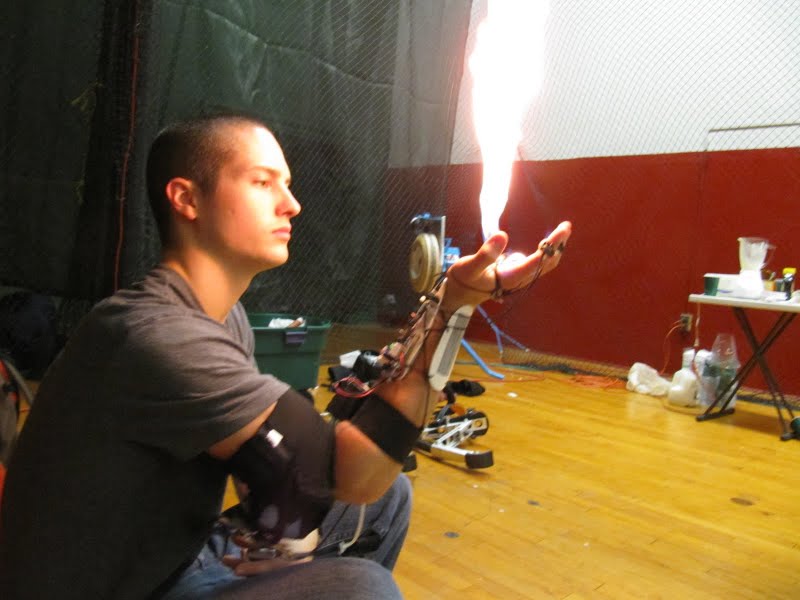 Sure, a flame throwing appliance on your hand sounds dangerous.  What’s the worst that could happen?   It suddenly lights up when you’re driving?  A road accident doesn’t sound so bad when your hands breathe fire. You accidentally trigger it while you’re brushing your teeth?  You don’t need a face when you’re a human torch.  You press the “fire” button while you’re scratching your balls?  Oh.

Bradford did a great job documenting how he built the Prometheus Device so that others may follow in his flaming ways.  Like every sensible engineer, of course, he posted it in pictures.  As in, he took photos of his notes instead of typing it.  What would a non-sensible engineer do?  OCR it and leave the errors as is.  Actually, that would have been more awesome since there’s a good chance you’re getting bad instruction.  Imagine the headlines: 100 Internet Modders Go Up In Flames.

Details of the build are available from the link below.  Please don’t try this without a fire extinguisher nearby.