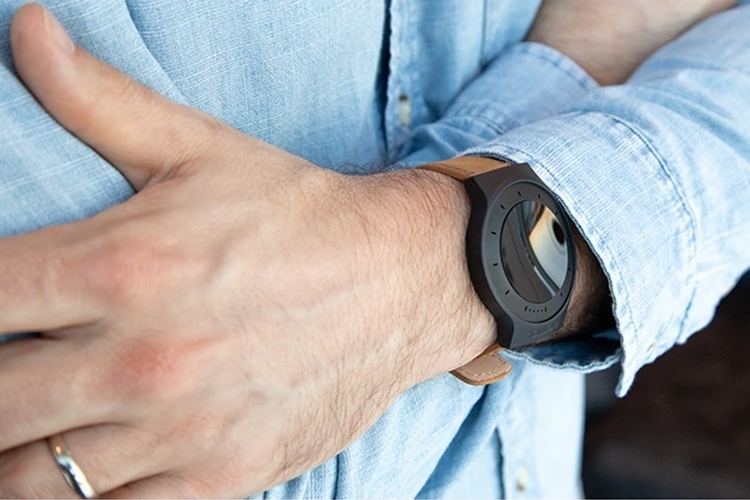 Designed to let you check the time discreetly, the wearable device lets you know the current time using tactile cues, so you can carry on listening to a speaker, holding a conversation, or participating in a meeting. No need to risk being rude by checking your wrist, looking at a wall clock, or pulling out your phone to check the time – this thing lets you know the time without requiring a single glance. 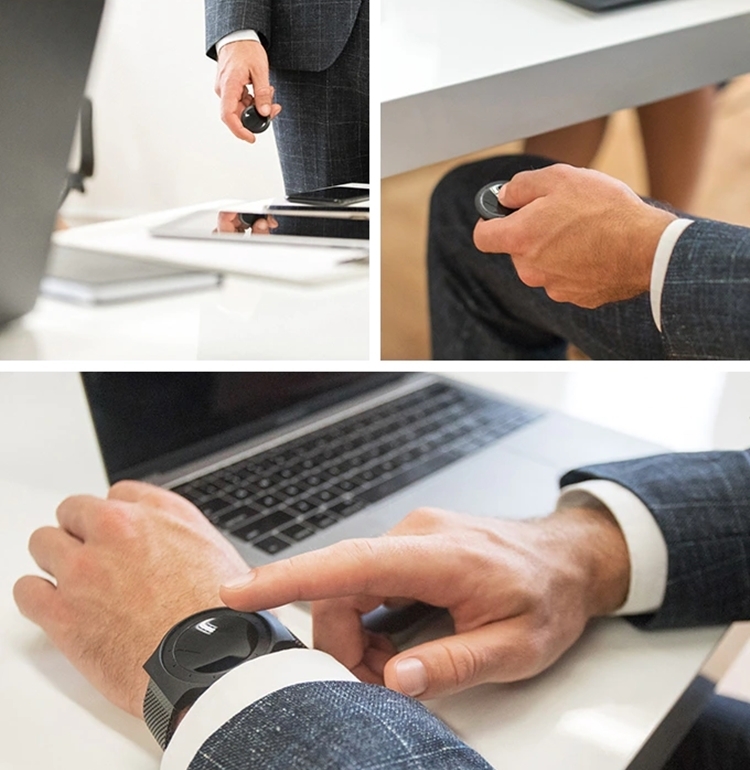 The Prompt consists of a round device similar in size and shape to a traditional watch case, which you can either keep in a pocket or wear in your wrist like regular timepieces. For timekeeping, the watch is designed to convey one of four moments in time using vibrations – the first, second, third, and last 15 minutes of the current hour. It vibrates once to indicate the first quarter of the hour, twice in the second, three times during the third, and four times in the last fifteen minutes. Why not give the precise time like a normal watch? According to the outfit, they realized most people didn’t need to know the exact time, but would happily do with the approximate moment of every hour, as it’s enough to let them know whether they’re early, late, or just in time. 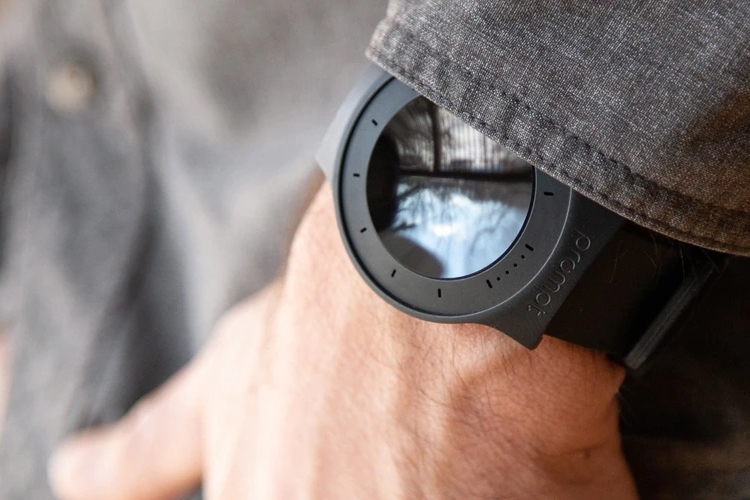 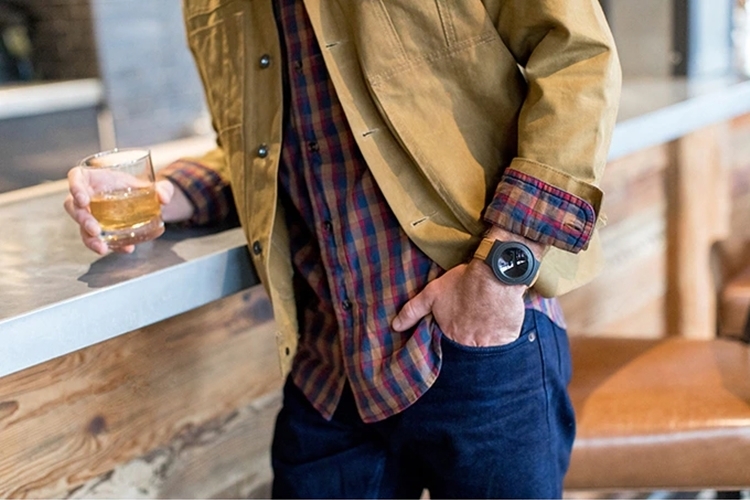 The Prompt, by the way, has no way of telling the exact hour, so if you just woke up with no sense of the current time, you’ll want to check the wall clock in your bedroom or your phone on the nightstand instead. For the rest of the day, though, it should be fine to use for most folks. The watch case measures 42 x 8.4 mm (diameter x thickness), so it feels like a regular timepiece if you wear it on your wrist, all while running on a regular coin battery, so it’s powered much like many traditional watches. Do note, it doesn’t have lugs like regular watches, so you’re stuck to using whatever band is supplied with the watch.

A Kickstarter campaign is currently running for the Prompt. You can reserve a unit for pledges starting at $195.