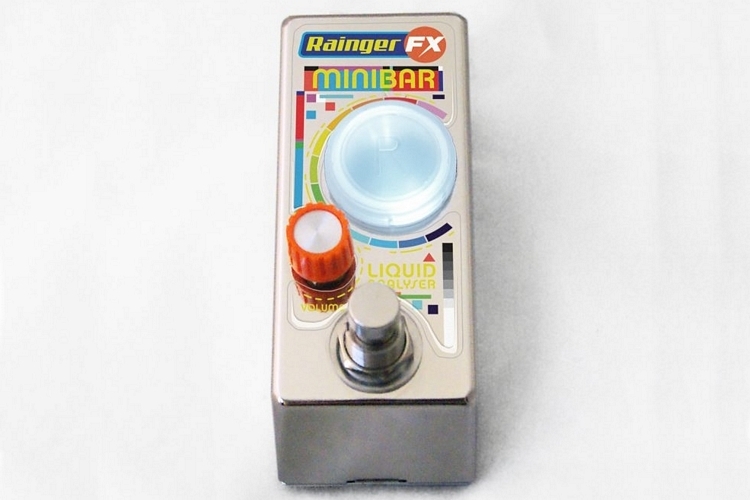 Most effects pedals do a very specific thing to your guitar sound. There’s one that boosts the signal to make it louder, one that distorts the signal by clipping the sound waves, and one that layers the sound with a humanoid singing voice, among a whole host of others. Basically, you know exactly what kind of sounds each pedal box can add to your repertoire. The RaingerFX Minibar, on the other hand, makes each sound a surprise.

Billed as a “liquid analyser pedal,” it’s an experimental stomp box that processes the sound signal it receives through any liquid you put inside a small chamber in its body, allowing the properties of that liquid to alter the resulting sound. From water and wine to syrups and oils, you can throw in whatever liquid mixes you want to see how each one shapes your tone. It’s fun. 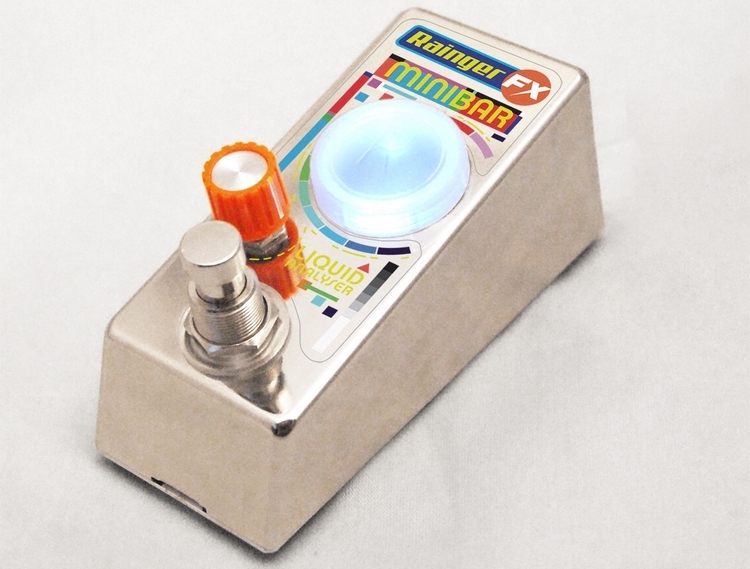 The RaingerFX Minibar has a very simple design – there’s a pedal you can step on to control the power, a knob that controls the volume, and a watertight chamber where you can pour your liquids. When empty, there is nothing in the chamber for the signal to pass through, so the darn thing won’t make a peep. Pour any liquid into that slot, however, and you can hear various levels of clipping in your guitar sound, from a gentle overdrive to a hard distortion, depending on the characteristics of the compound inside.

According to the outfit, the box generally makes “satisfying band-pass tones” that are uncompressed and filled with plenty of satisfying harmonics. The details of each tone, of course, will vary based on the liquid mixes you concoct, which, we’re guessing is a big part of the fun. You don’t need to put a lot of liquids, by the way, as you only need to put enough to completely cover the two screw contacts at the bottom of the chamber. And once you’re done with a sound, just empty the container, wipe it dry, and pour whatever liquid you want to use next. The actual effects box is water-resistant, by the way, so if any liquid spills off onto the pedal, you don’t have to worry about it taking damage.

There’s no detailed guide about what sounds each type of liquid makes on the RaingerFX Minibar, although they do recommend some starting points. Specifically, they say deionized water produces an excellent distorted sound, so you might want to keep some around as a regular staple, while adding some red wine or coffee to the deionized water tones down the high-end while adding some bass. Pouring some drops off your bottle of Jagermeister will supposedly give it a “great dark drive,” while some drops of Coca-Cola will produce a mild overdrive with plenty of lower mids. Adding salt onto the liquid you put in supposedly enhances the gain, too. Lastly, they point out that some liquids, such as olive oil, may produce no sound at all, so this could make for some fun experimenting.

The RaingerFX Minibar is available now, priced at £99.17.