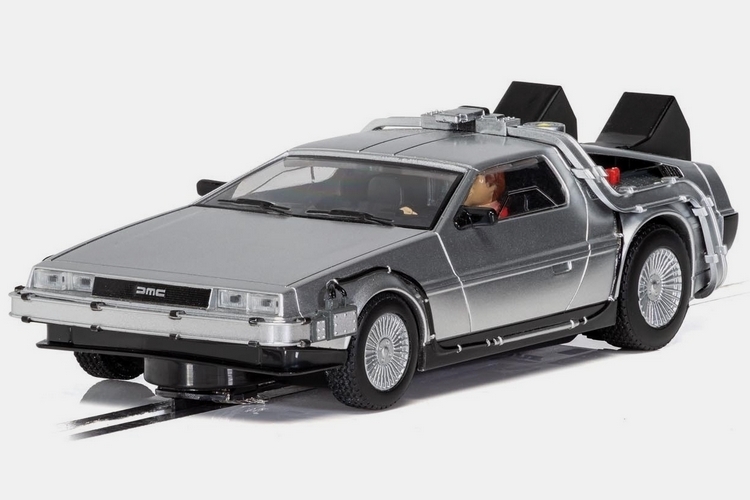 Chances are, you don’t play with slot cars. It’s understandable – the darn things just haven’t been as popular as they were before the turn of the century. Occasionally, though, they release one that makes you want to explore the hobby. You know, cars like this Scalextric DeLorean – Back to the Future.

That’s right, they’re releasing a 1:32-scale slot car of Doc Brown’s unforgettable time machine on wheels, so you can race other cars in a giant circuit then magically disappear in the middle of a lap because your car just jumped to a different time. We know, that sounds messed up, since you automatically lose the race when your car disappears, but your car actually jumped to the finish line in the immediate future, leaving you the eventual winner of the race. Or something like that. 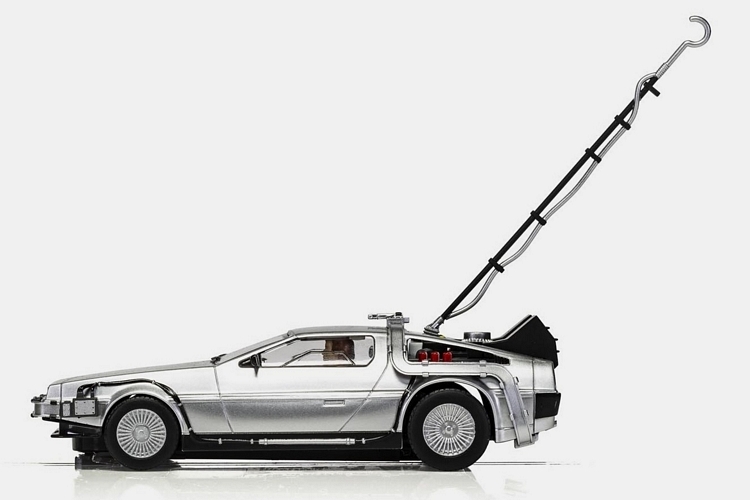 The Scalextric DeLorean recreates the Back to the Future version of the ill-fated sports car, complete with all the extra elements that Doc added to turn it into a functional time machine. Well, it’s functional in that fictional universe anyway. That includes the various electrical coils installed throughout the vehicle’s body, which glows in blue and white when the flux capacitor is activated, as well as an energy reactor in the back to hold the plutonium required to send it traveling into spacetime. There’s also the cooling vents in the back and even the OUTATIME license plate from the film, although the gullwing doors are not operational, so you won’t be able to open them for maximum aesthetics. They do have Marty McFly inside driving, though, so that’s pretty nice.

Just in case you don’t have access to the necessary plutonium, by the way, the car also comes with a lightning rod conductor (just like in the movie), which you can attach in place of the energy reactor when you need to generate power by attracting lightning instead. Yeah, it’s pretty elaborate, making this the kind of slot car a Back to the Future fan can really appreciate. 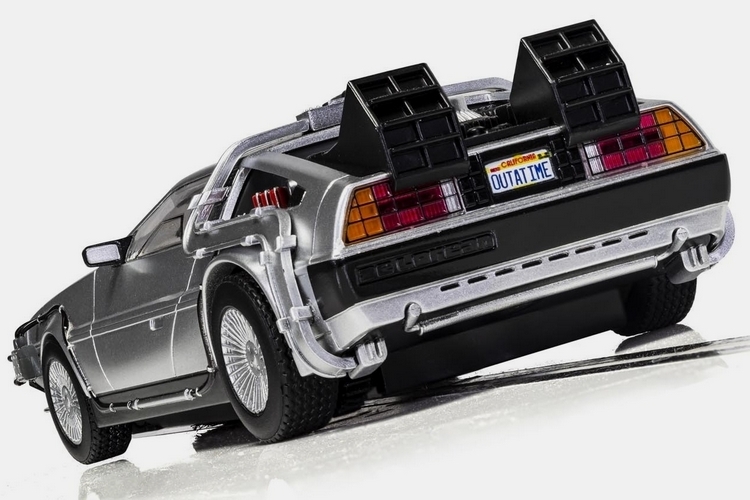 Beyond the external appearance, the Scalextric DeLorean is similar in make to the outfit’s other 1:32-scale slot cars. That means, it’s got working rear lights, Xenon effect headlights, and even the outfit’s proprietary Magnatraction design, which uses smaller magnets (for less weight) much lower on the vehicle’s body to keep it on the tracks and prevent it from skidding while it makes its way across the circuit. There’s no digital chip onboard for racing on the outfit’s digital circuits, although it’s listed as “digital plug ready,” so you can simply buy the necessary accessory and tack it on. 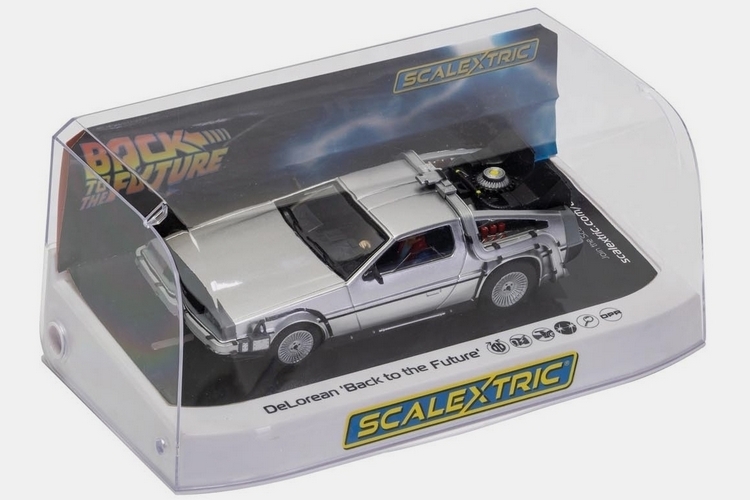 How good will this slot car be for racing? We don’t know. Truth be told, we don’t care. We just want it so we can have our very own Back to the Future DeLorean time machine running across a circuit, trying to gain enough speed to activate the flux capacitor and travel into another place in time. Or something like that.