Snaefell Puts The “Car” In Sidecar 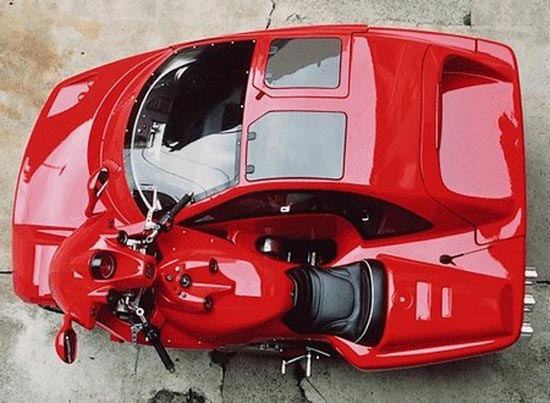 If you’re going to call it a sidecar, might as well use a real car in there, right? That’s exactly what Francois Knorreck did with the Snaefell, a motorcycle with an attached car on the side.

Quite possibly the oddest thing you can hope to see on the road, the vehicle combines a triple-engine 1000cc Laverda motorcycle with various parts from a Volkswagen GTI, an Audi 80 and a Citroen Xantia. Instead of just adding a bridge to connect the motorcycle to the car chassis, though, Knorreck decided to fashion it into a singular vehicle, where the motorcycle portion almost blends in seamlessly with the car. As such, the Snaefell is as much a “motorcycle-car” as it is a bike with a sidecar, sporting a very neatly crafted single-body finish.

The creation took a whooping ten years to finish and cost around $20,000 to complete. Looking at the resulting ride, though, it looks like time well spent. Finally, you can take your mother-in-law around town without having to endure the insufferable nagging. Just sit the passengers inside the car, tell them to roll up the windows, take the bike and drive in peace.

While probably not the best way to spend ten years of your life (not to mention 20 grand), I guess you can’t beat the feeling of a dream fulfilled. 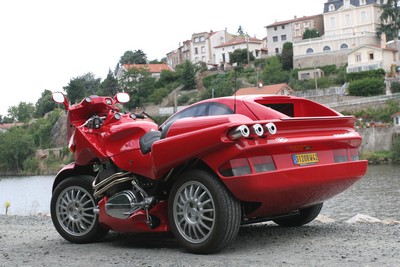 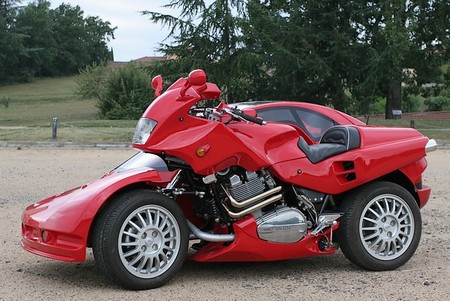 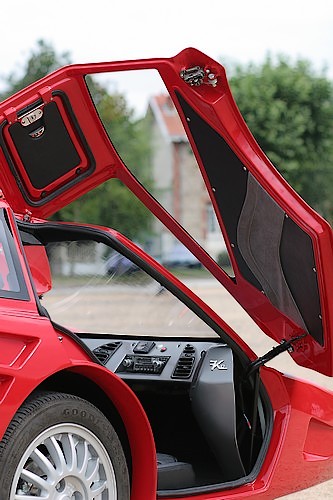 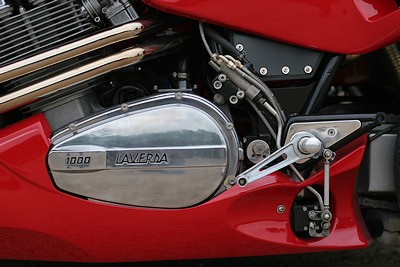 Also check out these nostalgic sidecar toy deals available on the web to feed the need of your innerchild.