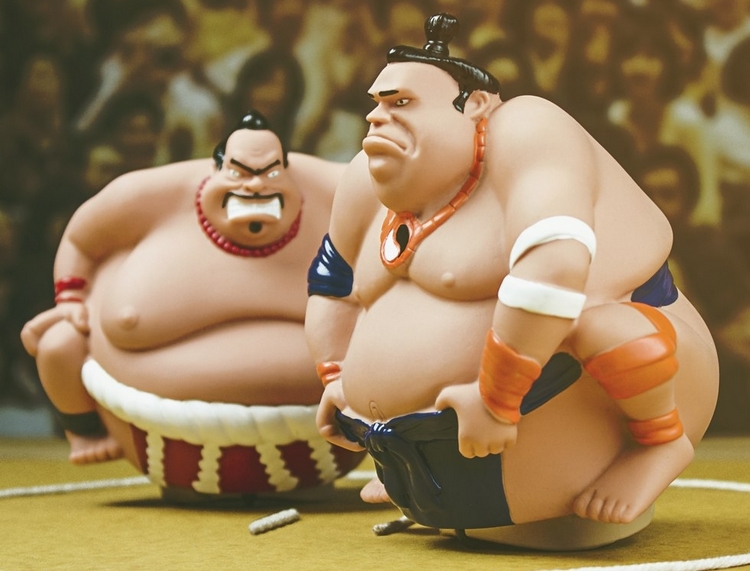 There are few sports that create a more confounding visual imagery better than sumo wrestling. I mean, two plus-size men wearing nothing but loincloths pushing each other in relentless fashion? That’s like a sport someone made up in an Adam Sandler movie. And now, you can stage the same battles from the comfort of your home with Sumo Smackdown.

Just like in the 2,000-year old sport, the toy lets you pit two overweight men against each other, using every ounce of strength at their disposal to push the other guy out of his feet. Basically, a sumo version of rock-em-sock-em robots. Except, instead of throwing punches, the two combatants are designed to charge into each other in a head-to-head collision. 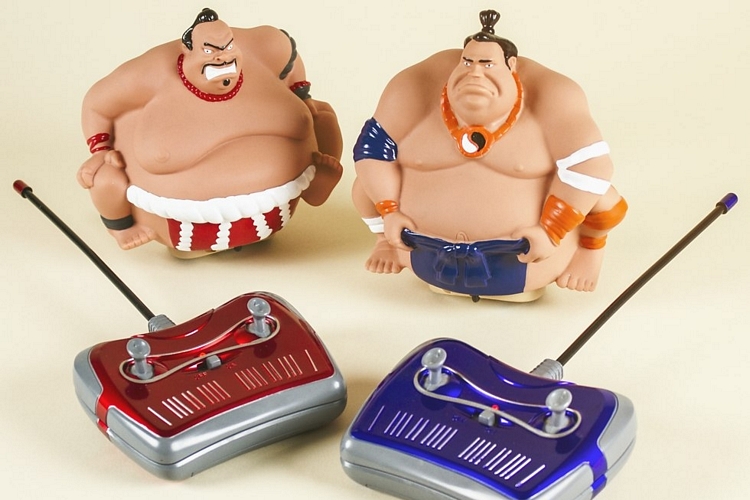 The Sumo Smackdown consists of two remote-controlled sumo wrestlers that move using discreetly-nestled wheels underneath their massive frames. While both combatants have rotund frames and traditional sumo gear, they come with different bodies, poses, and facial features, ensuring you won’t easily confuse one with the other. During play, you can have them duke it out inside a circular ring like traditional sumo matches (just draw a circle on the tabletop) or just have them endlessly knock into each other until one man remains standing. Either way, this thing sounds like a bundle of fun.

It comes with built-in grunting sound effects, so it will genuinely sound like two fat people exerting with all their might. Two joystick-based control pads are included for staging a head-to-head battle with a friend, although you’ll need to provide the necessary batteries (six AAAs for the wrestlers and two 9-volt batteries for the controllers).

Available now, Sumo Smackdown is priced at £24.99 at Firebox. Also available on Amazon.