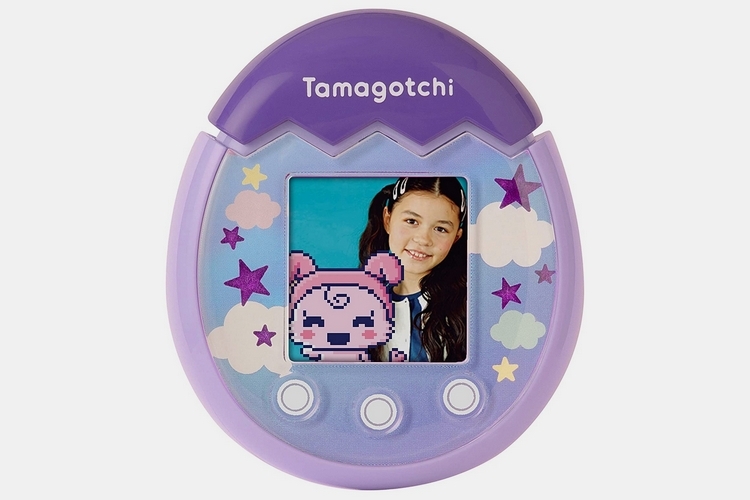 We love the Tamagotchi On, which modernizes the classic digital pet with a full-color screen, multi-player interactions, and the ability to support up to 16 generations of your original creature. Yes, it’s just as addicting as ever. The Tamagotchi Pix takes that version of the digital pet and throws in a camera, allowing your virtual buddies to interact with a bunch of things in your home.

That’s right, the new Tamagotchi has a camera in tow, allowing you to pose for selfies with your adorable pets, feed them the same snacks you’re eating at the moment, and even have them sleeping on your couch. We know… you’re just superimposing an image of your pets onto pictures you snap with the onboard camera, but the whole thing sure sounds fun when you’re at that age where a digital pet can take up hours upon hours of your time. 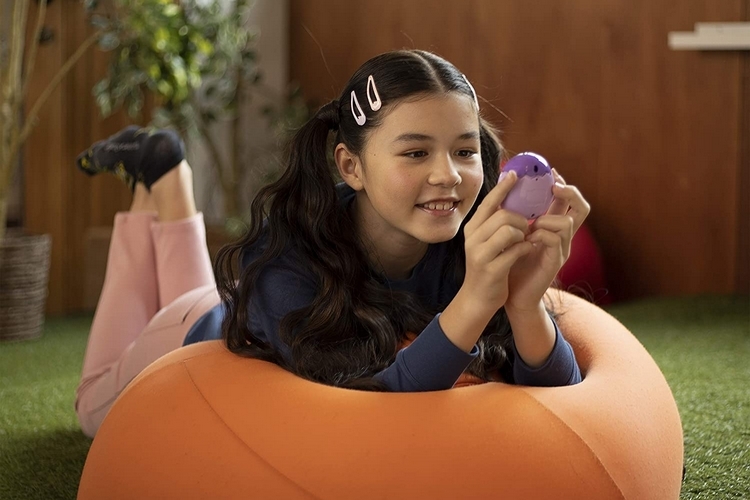 The Tamagotchi Pix doesn’t actually put the camera in the front, as you would expect with today’s selfie obsession. Instead, it’s right around the back, which should make it easy to take pictures of various objects in your home, but a little tougher to make sure you’re properly in the frame. As you can imagine, selfies will be a major part of the play here, as you can pose for photos that are then mixed with images of your digital pets, so it looks like you’re physically posing in the same place. Sadly, it doesn’t allow uploading those photos to your social media profiles (because it’s aimed at kids, who, presumably, parents won’t allow to use social media unsupervised). Instead, the pictures will be shown on an in-game social feed, so it’s part of the virtual life aspect of the whole game. 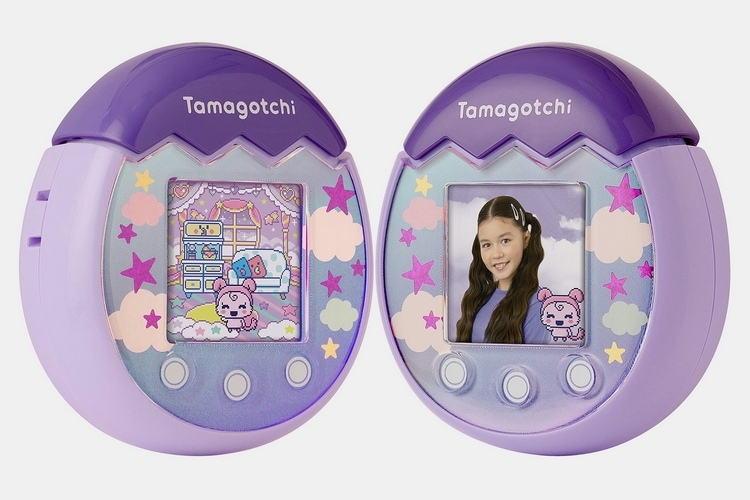 According to the product page, the camera can also be used for cooking food to feed your pets (you take pictures of real-world food), as well as cast the pets in various scenes all around your home to make the experience feel just that much more real. Unlike the On, it doesn’t have IR onboard, so you can’t connect with other Tamagotchis for playdates. Instead, you’re supposed to use the camera to access QR codes over the internet, which you use to set up playdates and exchange pet gifts with other users. The codes will also let you access new content going forward. 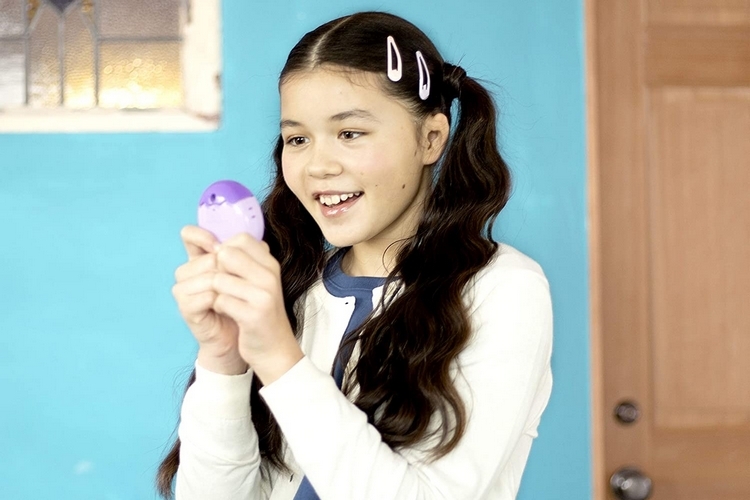 The Tamagotchi Pix ditches the traditional buttons in favor of capacitive controls below the full-color screen. Aside from tapping the touch-sensitive buttons, you can also slide a finger across them back and forth to stroke the onscreen pet, giving way to a new option for interaction. Aside from these, it’s got all the usual stuff available to the new Tamagotchis, from shopping and gallivanting to completing missions that will give you downloadable treats. Oh yeah, they also have 17 different games onboard, all of which involve your digital pet. It comes in six languages (English, Spanish, French, German, Italian, and Portuguese) and requires two AAA batteries to run.

The Tamagotchi Pix is available now. 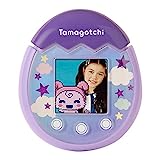