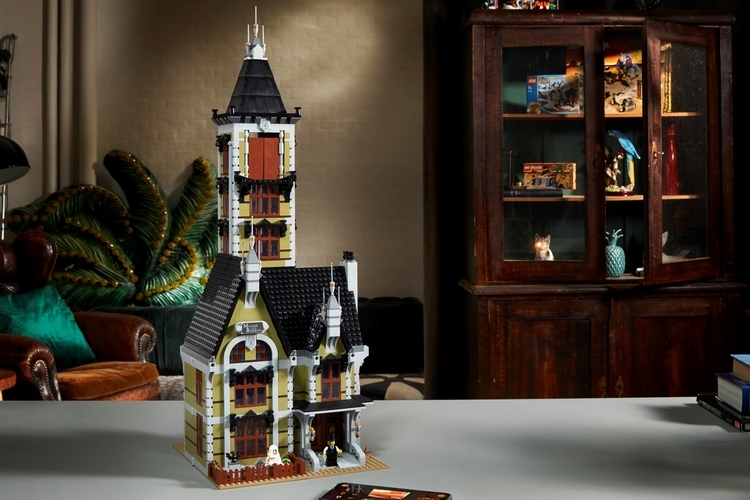 Purposely entering a haunted house to creep yourself out has never worked well in the movies. While situations vary, it’s overwhelmingly on the side of something bad actually happening. Of course, the opposite is true in real life, with most supposedly haunted houses being nothing more than abandoned abodes that have festered with time. Still, that doesn’t change the fact that entering a haunted house can be quite the unsettling affair. Now, you can give your minifigs the chance to scare their pants off, too, with the LEGO Creator Haunted House.

That’s right, LEGO will now let you build your own tabletop haunted house, so you can finally give an appropriate home for your witches, werewolves, vampires, and monster minifigs to call their own. Whether you’re putting together a city block, an amusement park, or a horror diorama on your tabletop, this creepy abandoned mansion will definitely make an awesome addition to give it an added flair. 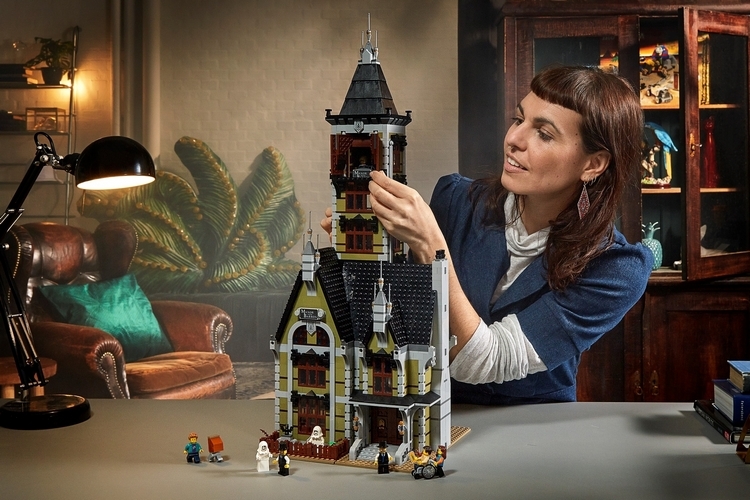 The LEGO Creator Haunted House lets you create a Gothic-style manor straight out of the scary movie playbook, complete with a tower, multiple turrets, an elaborate chimney, and steeply-pitched gables. Suffice to say, if there’s a house like this in your street, it’s that one house the kids will be daring each other to knock on come Halloween. According to LEGO, the mansion is actually once the home of Baron von Barron (aka Lord Sam Sinister), a villain from the outfit’s Adventurers and Orient Expeditions collections, who was stolen various artifacts from Egypt’s ruins. And yes, those artifacts are believed to be the source of the mansion’s haunting.

While the detailed exterior is enough to harken that spooky horror house vibe, it actually gets better, as you also get full access to the manor’s interior. Simply fold out the left and right front sections to expose the entire interior. The entire build stays intact when doing this, by the way, as the model is hinged at the rear corner walls, so you get to play with the whole thing without having to break up any of the assembled parts. 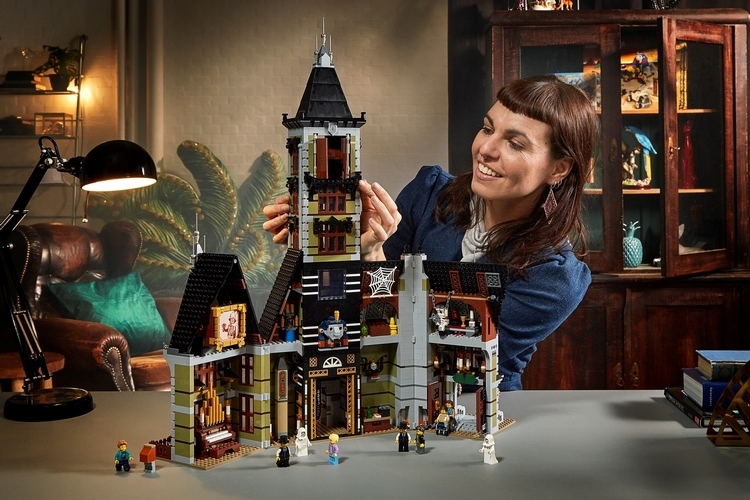 The LEGO Creator Haunted House has a two-level interior filled with a whole lot of detailed elements. There’s furniture, of course, like tables, cabinets, and other standard home fixtures, along with a pipe organ, since haunted houses just don’t feel the same without eerie music coming out of the keyboard instrument in the corner that no one is actually playing. This being the Lord Sinister home, of course, there’s plenty of Egyptian relics here, like a head of the Sphinx, a mysterious ruby jewel stolen from Pharaoh Hotep, a relic taken from the top of Mount Everest, and even a prototype for a mind-control superweapon. According to LEGO, they threw in tons of rare bricks and ancient artifacts throughout the set, so longtime LEGO fans will have plenty to inspect here. 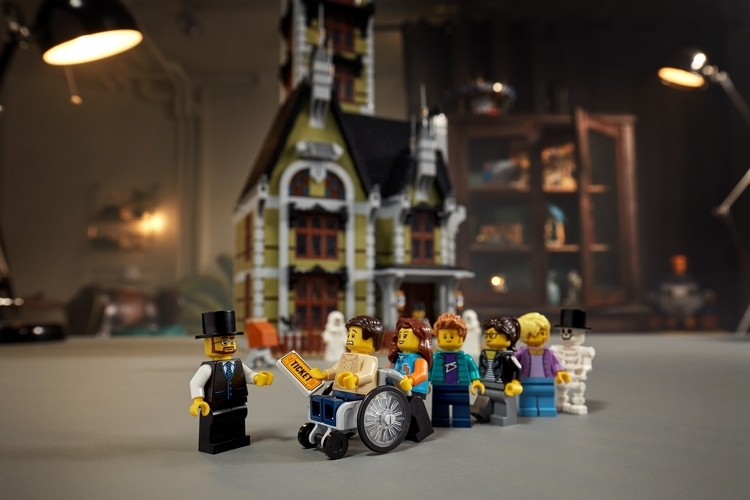 The highlight for us is an elevator that lets you travel up and down the tower. While having minifigs free-fall from up high is fun enough on its own, you can augment it using Powered Up components that let control the rise and descent using a companion app, adding an extra twist to your creepy horror house. The whole thing, by the way, has 3231 pieces, so this is one large build.