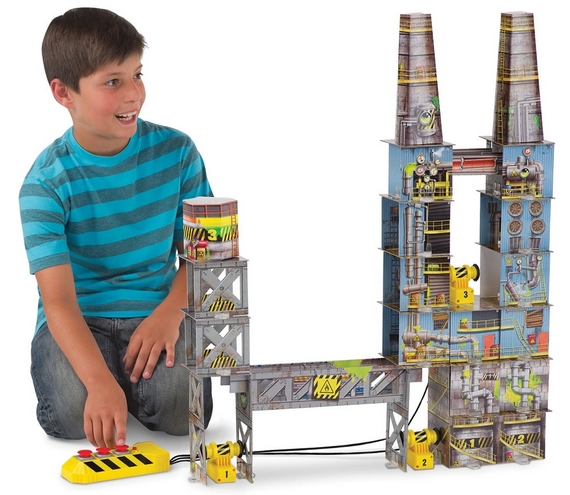 Ever wanted to demolish a building but you don’t work construction and you’re not Incredible Hulk?  Well, maybe you can get your kicks sending toy buildings to ruin instead with the Build and Demolish Destruction Set.

Winner of the Oppenheim Toy Portfolio Platinum Award, the toy lets you build an industrial facility, which you can then demolish with the included triple-blast detonator.  Since this is for kids, there are no explosives involved.  Instead, the detonator can individually activate three spring-loaded blasters that will punch through your structure and send it crumbling to the ground. 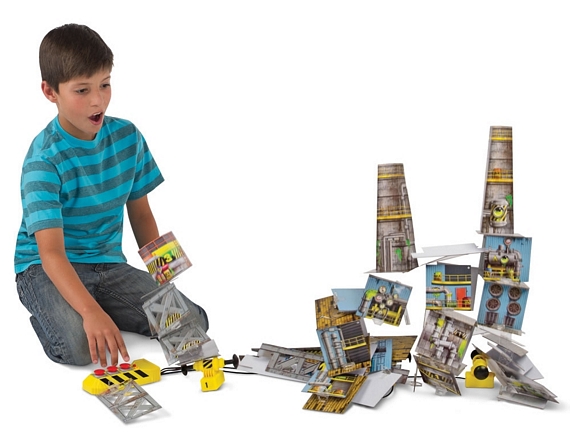 The Build and Demolish Destruction Set comes with 50 construction pieces that include walls, tower masts, smokestacks, pipe bridges, and other common structures found in industrial facilities.  You can use them to build factories, plants, drilling rigs, warehouses, and any other type of building, which you can then blast part by part to start the whole process over again.  The detonator comes with a built-in alarm, along with a pre-recorded warning message, that activates right before it unleashes the blasters, so little children can cover their eyes if the horror of seeing a building they spent the morning constructing shatter to smithereens is too much to bear. 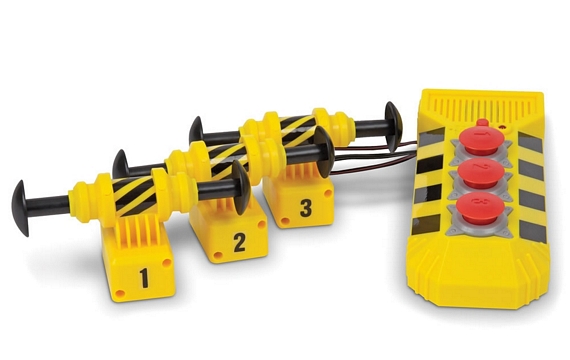 Since the blasters can knock down, pretty much, anything that’s merely stacked, you should be able to use it with any construction toys where pieces aren’t slotted into each other.  And yes, unleashing those blasters on LEGO minifigs will probably send them flying like a comical version of a Mike Tyson fight back in the old days.

Available now from Hammacher Schlemmer, the Build and Demolish Destruction Set retails for $39.95.