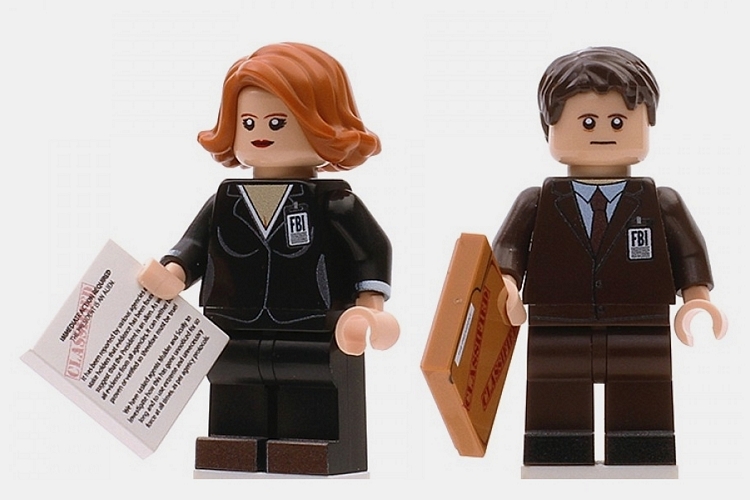 Yes, the X-Files is coming back next year. And, yes, we’re as excited as a five year old in Disneyland. Like all five year olds, we suddenly have an urging to add the show’s beloved duo to our LEGO minifig collection. Except, LEGO doesn’t make an X-Files set, so we can’t actually get Mulder and Scully minifigs. Fortunately, the truth is out there and those UK-based guys who make unofficial minifigs has us covered with their Agent Mully and Agent Sculder minifigures.

No, I didn’t spell that wrong. They really did mix up the names to avoid having to get an actual license from 20th Century Fox. While the names are altered, the resemblance to the two heroes are pretty well done, so you can totally enjoy the likeness of both Fox Mulder and Dana Scully living in your minifig display case, as if they were abducted by aliens and imprisoned behind glass walls for your entertainment. 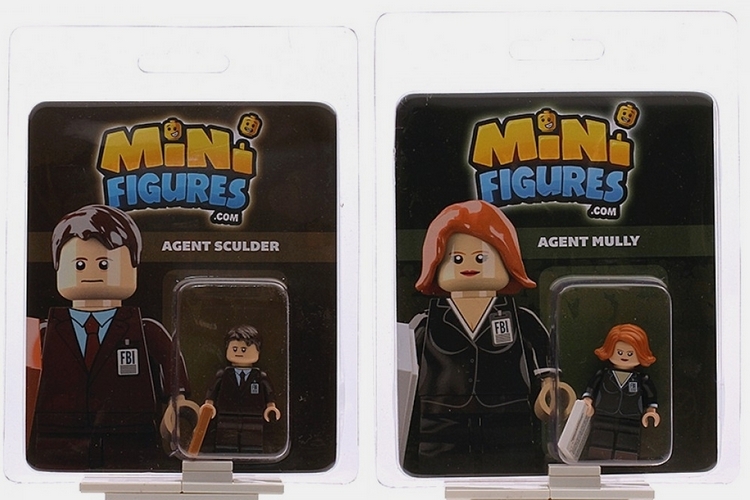 These unofficial X-Files minifigs depict the two agents in their regular work attire: Sculder in a brown suit with an FBI ID and red-haired Mully in a black pants-and-blazer combo, so you can just drop them on your LEGO diorama to start unearthing any conspiracies going on without your knowledge. Yes, Mully has a well-defined chest area for some reason, but we’ll just chalk it up to the fact that Gillian Anderson seemed to have gotten hotter over the years, especially when compared to the religious and reserved character of her original X-Files days.

Available now, the Agent Sculder and Agent Mully minifigures are priced at £12.95 each.