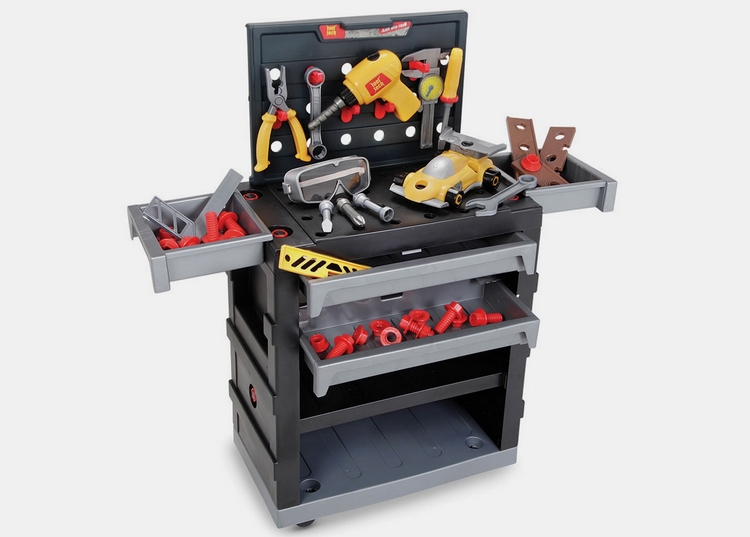 At some point, your son is going to get bored with playing mechanic and might want to try his hand at being a craftsman instead. Instead of letting him loose near your own power tools and sharp objects in the shed, you might want to just pick up this Young Master Craftsman’s Workshop instead.

A plastic tool cabinet with its own set of plastic tools, it gives your son his own set of shop tools, so he can pretend to start whatever woodworking project he suddenly fancies and abandon it halfway because something else has stolen his attention. Ahhh… like father, like son. Except, of course, he’s not actually building anything, so he won’t end up with a pile of half-finished tables, chairs, and cabinets like you do. 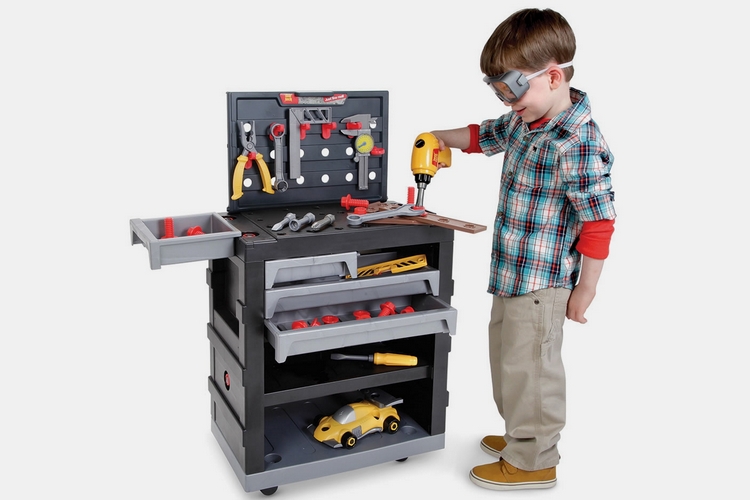 The Young Master Craftsman’s Workshop consists of a standing tool cabinet with four wheels, so he can easily move it from the living room to the kitchen in order to pretend to fix the sink. It comes with two pull-out drawers for storing the different tools neatly, along with two pull-out trays for holding small items, two bottom shelves, and a top lid that opens into a pegboard, where he can hang frequently-used tools for easy access. Around 50 different accessories are bundled in the set, including safety googles, a power drill, needlenose pliers, a T-square, a level, wrenches, and a whole lot of nuts and bolts. It also comes with a toy car that he can take apart and assemble using the tools.

Available now, the Young Master Craftsman’s Workshop is priced at $99.