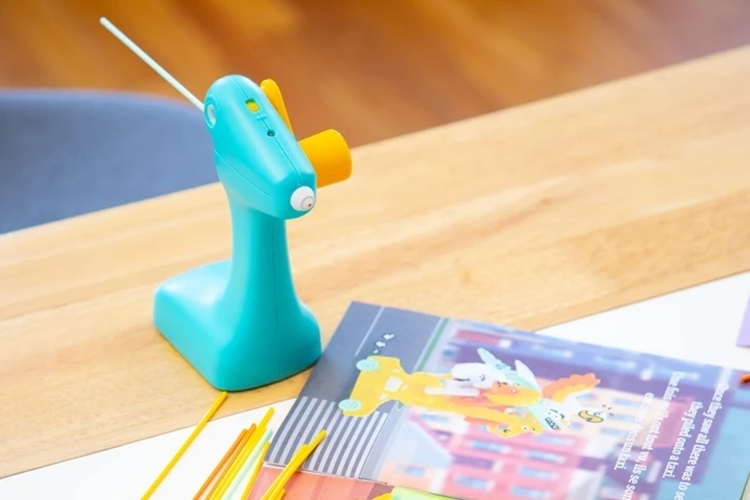 The 3Doodler is fun, allowing you to fabricate 3D objects by drawing them in the real world. Sure, it’s hard to draw things accurately and the filament can burn if you touch it as soon as it’s extruded (like when you try to adjust it after making a mistake), but it’s a truly fun product that enables a whole new way of making stuff. The 3Doodler Build & Play wants to bring this pen-based fabrication process to preschoolers, ages four and up.

You know how creating with the 3Doodler can be quite the frustrating affair, as it’s relatively easy to make mistakes? Yeah, you don’t want to frustrate little kids like that, unless you want to quit and play something else. As such, this safer and easier-to-use version of the 3D printing pen operates differently, combining the hand-modeling elements of Play-Doh with 3D fabrication. 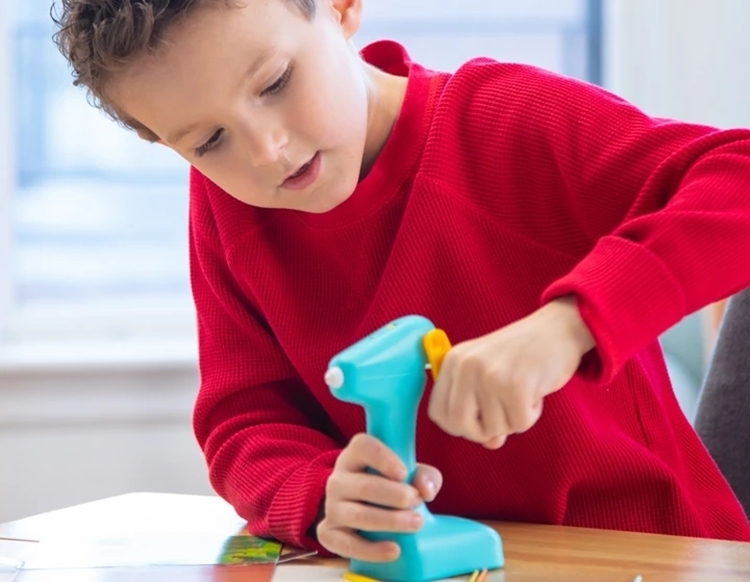 The 3Doodler Build & Play doesn’t make you extrude plastic directly onto whatever model you’re building like other versions of the pen. Heck, it doesn’t even look like a pen, with a form factor that more closely resembles a modern cordless drill, albeit in an all-plastic housing. To use it, you insert a filament in the back, turn a crank on the side, and wait for the fabrication material to come out of the nozzle. You know how the original 3Doodler extruded really hot plastic? That’s not the case here. Instead, the extruded material is only slightly warm, making it completely safe to touch and handle. That’s because you’re supposed to shape the material in a way that’s similar to modeling compounds (e.g. Play-Doh), either by casting it in a mold or shaping it with your hand.

Unlike traditional modeling compounds, though, the material actually hardens into solid plastic, so kids can make their own permanently-shaped toys. Do note, the manual shaping will need to be done really fast, as the plastic can harden in as little as 15 seconds, so kids will need to learn to plan out their builds before even extruding the plastic.

The 3Doodler Build & Play comes with a mold tray that they can use to quickly cast the plastic into any of the available shapes, although it should also work with other types of molds if they want to build other objects. It uses a filament made from a specific type of plastic that’s low-heat, BPA-free, and non-toxic (basically, not the one the regular 3Doodler uses), making it completely safe to use. According to the outfit, it’s even biodegradable and can be thrown in the pile with your household compost. 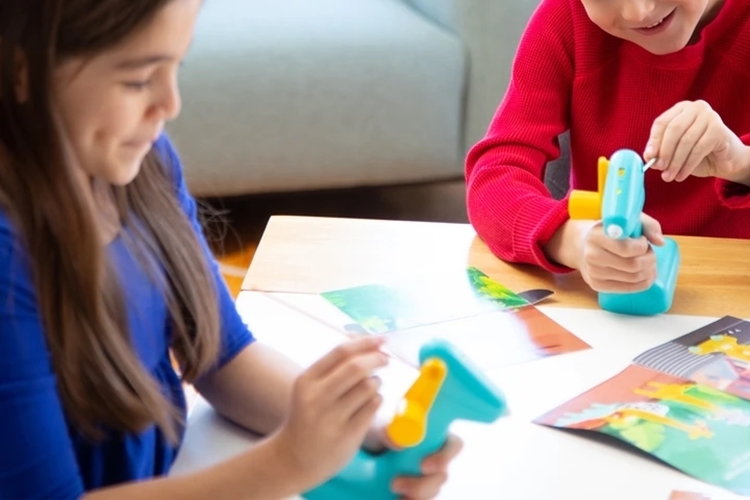 The device powers using three AA batteries, so there are no cables that your kids can trip on during use. As with other versions of the printing pen, clogging is a possible problem here, so parents are advised to take over when this happens, as it will require manually dislodging the offending plastic from the nozzle.