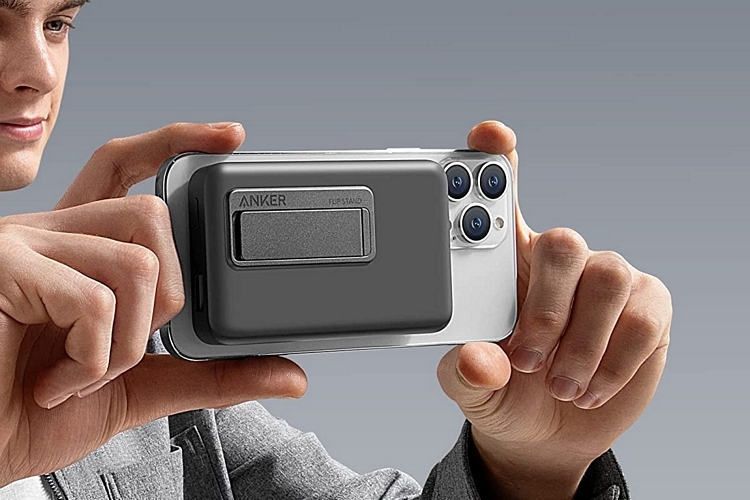 Some people can make their iPhone’s charge last a full day. Others need to plug in within a few hours of leaving the house. If you’re among the latter, then Apple’s MagSafe Battery Pack is a must-have accessory. However, at 1,460mAh, it won’t really do much but get you a few extra hours at best. What you really want is an unapologetically large battery and that’s what you’re getting with the Anker 633 Magnetic Battery.

Equipped with a 10,000mAh battery module, the pack can fully charge an iPhone 12 or 13, all while still having juice leftover for another hit of power later. If you’re a heavy iPhone user who goes through battery life like it’s a bag of chips in a grade school cafeteria, then it’s definitely something you should be interested in. 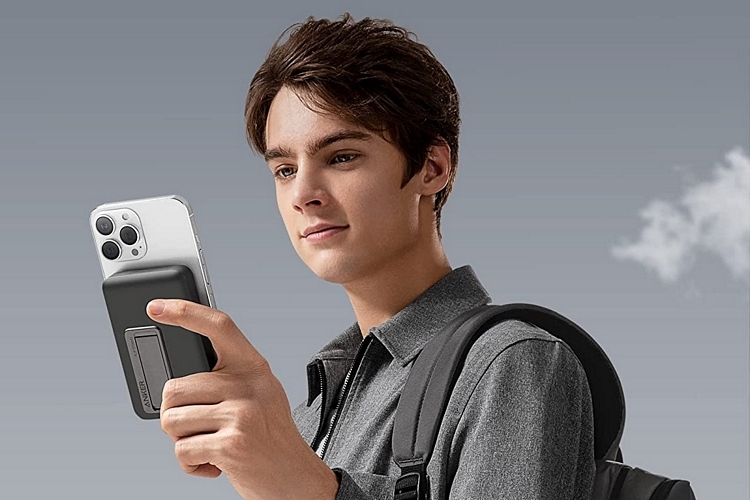 The Anker 633 Magnetic Battery is a rectangular device with a 10,000mAh battery inside that uses a magnetic surface to snap onto the back of your MagSafe-equipped iPhone. As you can imagine, this is not a slim battery pack. Seriously, it looks like one of those pagers from the 90s, so this will nearly triple the thickness of your iPhone 13, requiring you to trade in some comfort for the convenience of keeping your smartphone charged. According to the outfit, the battery can fully charge an iPhone 12 two times over and an iPhone 13 Pro 1.8 times, so this gives you a way to go through a day without having to set down your phone anywhere for charging.

It can charge an iPhone through the Magsafe connection, so your smartphone’s battery can continually get replenished as it sits in your pocket (or your bag, considering how thick this is). Sadly, it doesn’t support Magsafe’s full 15W charging capability. Instead, charging speed tops out at 7.5W, so it’s, at least, faster than Anker’s last Magsafe battery, which maxed out speed at 5W. Then again, the whole idea is that it will charge your iPhone continuously, so it might not be that big a deal. If you need to quickly replenish your phone for whatever reason, there’s also the option to plug in a USB-C to Lightning cable for 20W charging speeds. 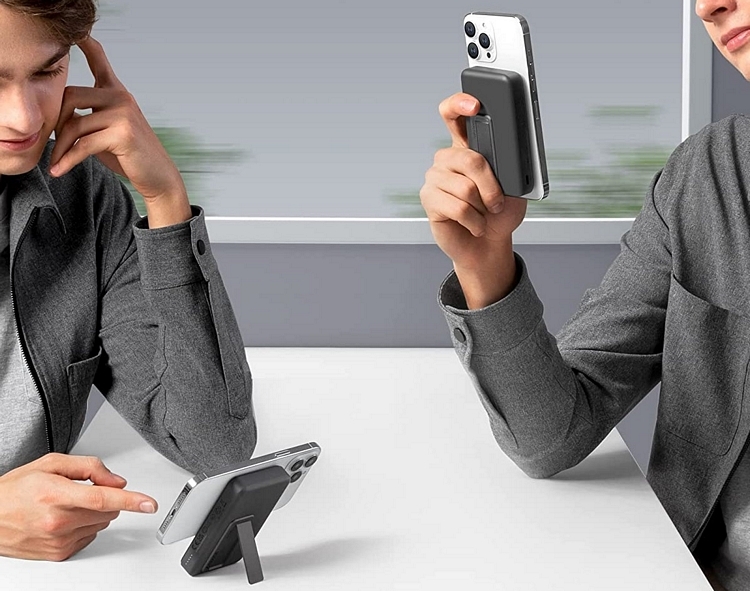 The Anker 633 Magnetic Battery also comes with an integrated kickstand, allowing you to use it as a functional stand for setting down your phone at angle. Because it’s Magsafe, you can rotate the battery as needed, allowing you to set it up in either portrait (if you’re using FaceTime) or landscape (if you’re watching a movie). Aside from charging your iPhone, the battery pack can also be used as a power bank for charging anything else, either via the integrated USB-C or USB-A port (yes, it has both). 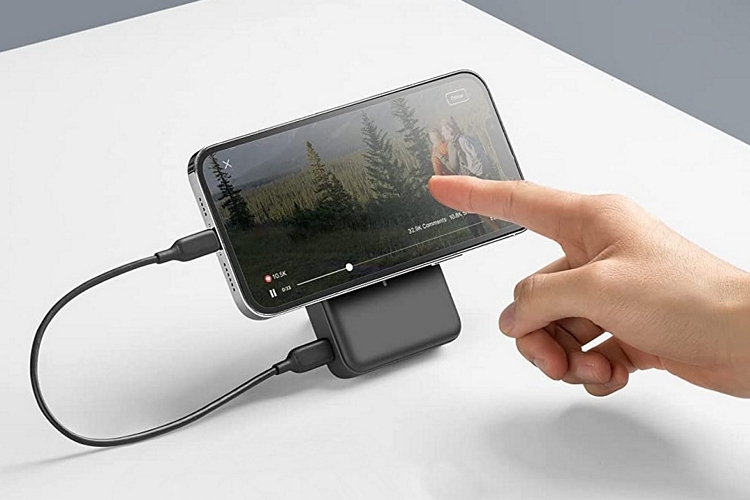 As you can immediately tell from looking at it, there’s not a lot of aesthetic considerations when it comes to their battery pack. It’s not designed to really complement your iPhone’s looks or integrate seamlessly into its body. Instead, it’s pure utility and, for a lot of folks, that’s probably what they really need.