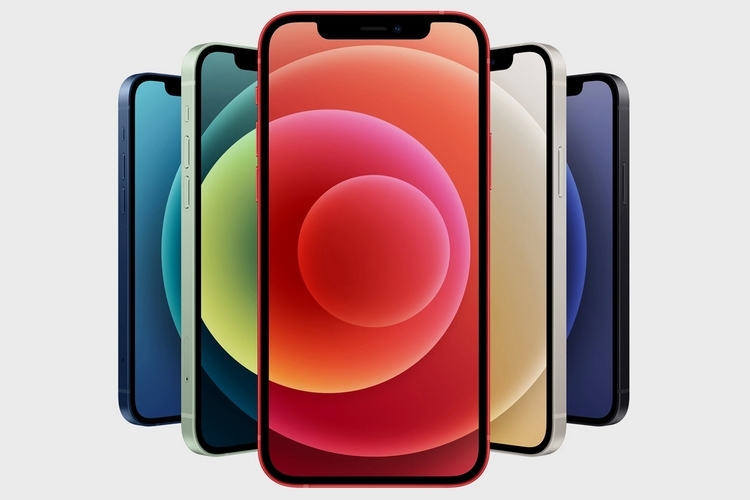 While it came a bit later in the year than usual, Apple has unveiled their new smartphone lineup for 2020 and we’re getting a full quartet this time around. There’s the iPhone 12, the iPhone 12 Mini, the iPhone 12 Pro, and the iPhone 12 Pro Max, giving users a decent selection of models to find the perfect fit to suit their individual needs. 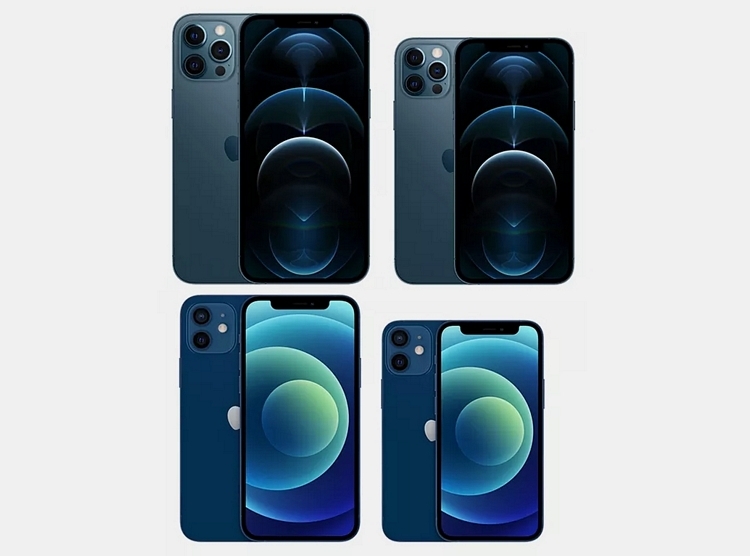 All 12th-gen models make a marked departure from the progressively iterative design of the last three generations, with the flat edges making a direct contrast to the rounded edges from the last few models. Each one will have an OLED screen covered in a new Ceramic Shield glass that, Apple claims, has four times greater drop performance, so this should be able to withstand a whole lot more impact than the previous generation of the smartphone. There are also smaller bezels around the entirety of the screens, although they retain the notch that hides the front-facing camera and the Face ID tech.

All models will come with an A14 Bionic processor, which Apple claims, has a 50 percent faster GPU and 50 percent faster CPU than any other smartphone chip. It also boasts the best machine-learning platform in any smartphone, so your iPhone can now spy on you even better. Just kidding. Uhhh… kind of. All models also get improved optical image stabilization on their cameras, which can now stabilize at five times the sample rate, which should enable better long exposures.

MagSafe charging, once a staple of Apple’s laptops, makes its way back on the iPhone 12. That’s right, the smartphone comes with a magnetic back panel that allows it to more easily align with a variety of accessories (no more leaving your phone on a charging pad without it actually charging). We’re not just talking about wireless chargers here, though, as everything from phone cases and wallet pouches to dashboard mounts and all sorts of other accessories can benefit from the MagSafe integration.

One of the big new features for this generation is 5G connectivity, which should enable faster downloads and uploads, more responsive mobile gaming, higher-resolution video streaming, and just a generally better internet experience. Apple even included both the Sub-6 5G radio and the more obscure mmWave 5G radio on the phone to ensure wider 5G compatibility across different networks. 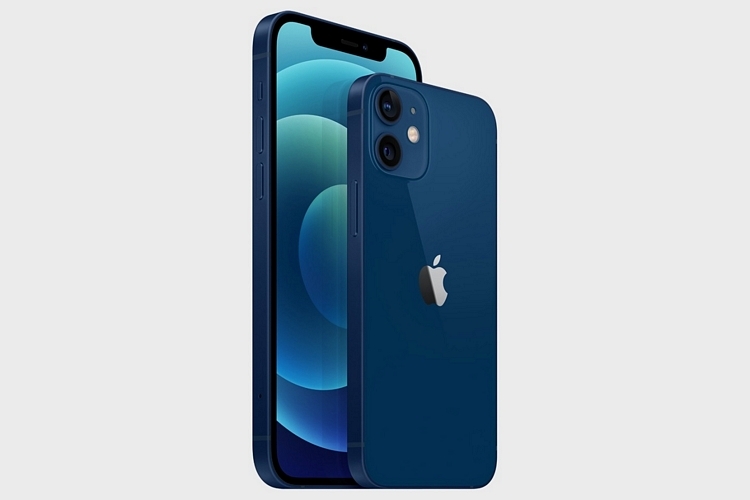 The standard 12th-gen model gets a similar 6.1-inch display as the previous generation, all while coming in at 15 percent smaller, 11 percent thinner, and 16 percent lighter. That means, you get a phone with the same screen real estate while being easier to hold in your hand.

It gets rear dual cameras like the last generation, namely a 12-megapixel main wide lens and a 12-megapixel ultrawide lens, although the main camera now gets a seven-element lens with a wider f/1.6 aperture that, the outfit claims, will enable a 27 percent better low-light performance. Night mode is now enabled on all cameras, including the front-facing selfie cam, so there’s less need to use a flash or external lighting when taking images at night. 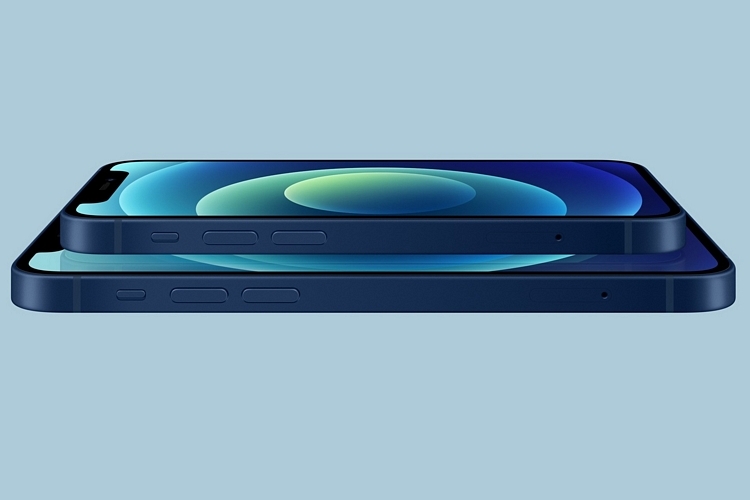 Yes, Apple has now fully embraced the fact that not everybody wants a large phone taking up space in their pockets. As such, the new generation will get a Mini model, which is physically even smaller than the iPhone SE released earlier this year. That’s despite the fact that it gets a larger 5.4-inch screen (compared to 4.7 inches) and the same feature set (same processor, camera, and everything else) as the standard 12th-gen model – a testament to the smaller bezels and thinner profile in this new batch of smartphones. 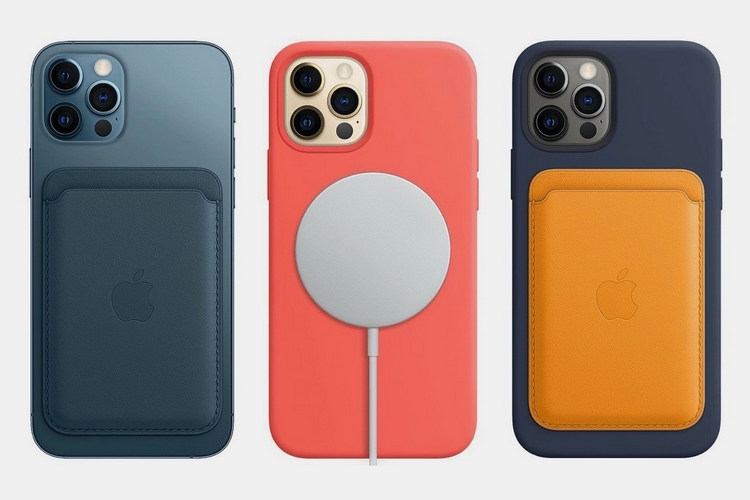 The first of the flagship models for this generation, the iPhone 12 Pro gets a similar 6.1-inch display as the standard model, but gets updated with pro-grade features that content creators and other professional creatives should find a lot more appealing. Chief among that is a better camera system, as it gets three cameras in the rear, namely a 12-megapixel wide angle lens, a 12-megapixel ultra-wide lens, and a 12-megapixel telephoto lens with 2x optical zoom. It also gets a LIDAR sensor, which should prove particularly useful with augmented reality and low-light photography. For the latter, the sensor allows it to have six times faster autofocus than the non-Pro models, all while being able to capture portrait shots in Night Mode. It also shoots HDR video, the first iPhone to do so, using the Dolby Vision HDR standard.

It also gets a slight upgrade in materials, with a surgical steel band frame instead of the aluminum in the non-Pro models. Apple also lists IP68 rating for water and dust (it can be submerged in water up to 30 minutes), so this should hold up to outdoor hazards a whole lot better. 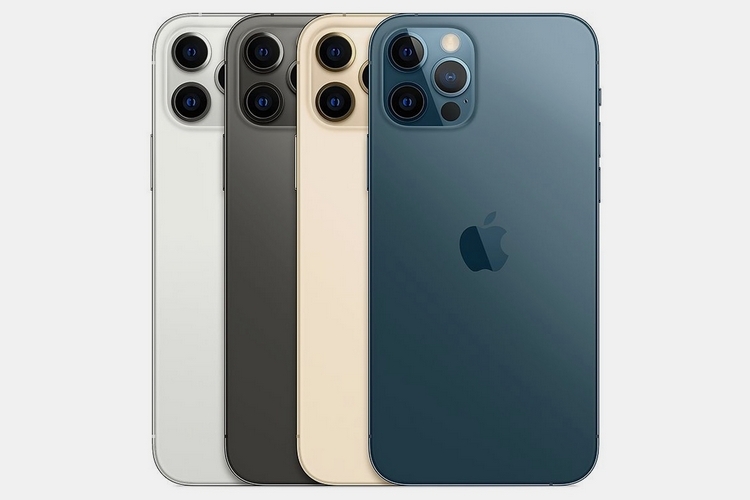 The “big” flagship model, the iPhone 12 Pro Max gets a 6.7-inch display, so this is pushing right into a mini-tablet territory. Like the Pro, it gets a three-sensor rear camera system, albeit an even better one. Specifically, the wide angle lens gets an additional optical image stabilization system called sensor shift, which stabilizes the sensor itself rather than the lens, while the telephoto lens gets 2.5x optical zoom. Basically, if you want the iPhone with the best camera, this is the one to go for, provided you’re willing to live with the extra size. It also gets the same build, IP68 rating, LIDAR sensor, and HDR video recording as the Pro.