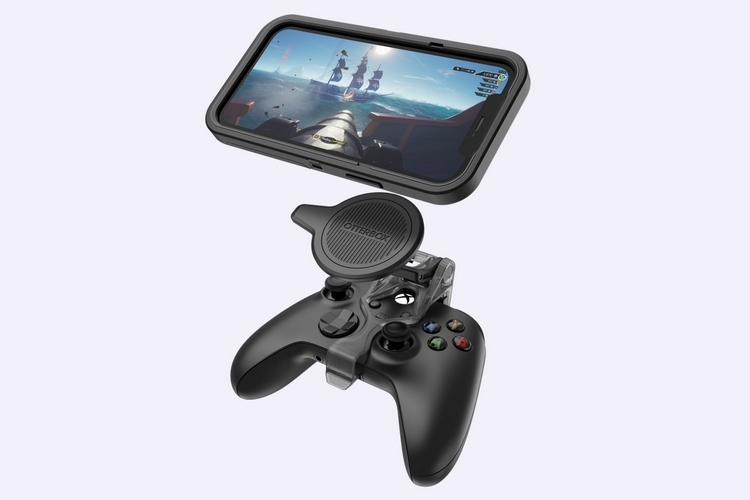 There are plenty of mobile gamepads out there that you can use with Xbox Cloud Gaming on your iPhone. If you want the most authentic Xbox experience, though, nothing beats using an actual Xbox controller. The Otterbox Mobile Gaming Clip for Magsafe lets you seamlessly mount your iPhone on an Xbox gamepad for console gaming on the go.

Designed to fit perfectly with the current-generation Xbox controller, the mount lets you play Xbox games on your iPhone with Microsoft’s own controller, allowing you to enjoy your favorite console titles the way they were meant to be played. Whether you want to play the newest Forza racing title (yeah, we can’t remember which one it is, either), Gears 5, or Halo Infinite when it finally comes out, this thing lets you do that without having to be cooped up with your living room TV. 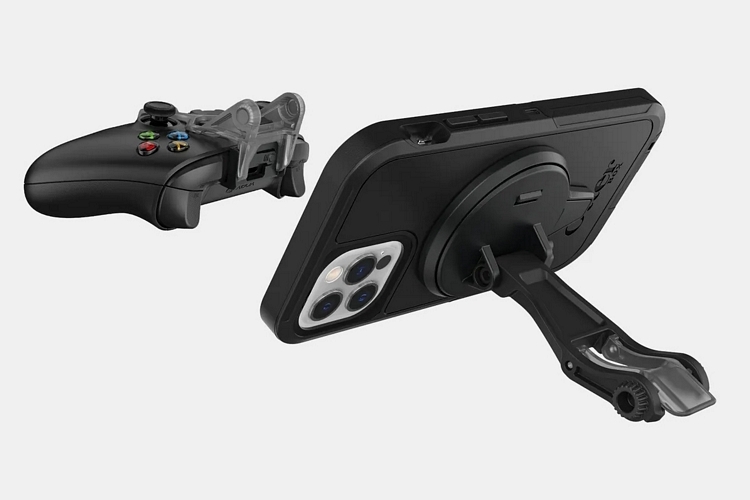 The Otterbox Mobile Gaming Clip For Magsafe clips onto the center section of the gamepad, with its frame winding around the multiple controls. That way, you get unobstructed access to every button, thumb stick, and port on the controller, all while gaining a stable mount that can hold an iPhone and keep it steady. Once clipped onto the gamepad, you can simply snap your phone to the Magsafe mount on top and you’ve got a stable setup for Xbox gaming on a mobile device.

According to the outfit, the mount is able to provide optimal controller balance, so it won’t shake in your hands while you vigorously mash buttons during fast-paced action gameplay. It also allows angle and tilt adjustment for the iPhone on the go with just one hand, so you can customize your view of the screen on the fly with your left hand while staying in action with your right. 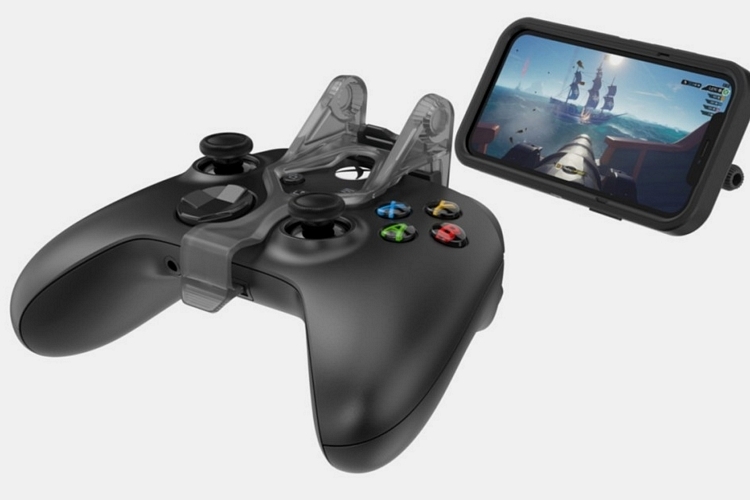 The Otterbox Mobile Gaming Clip For Magsafe boasts a strong magnetic attachment and alignment between the iPhone and the mount, so phone should hold its place securely and stay stable even if you’re the type of player who moves your controller around while maneuvering your character onscreen. It’s easy to attach and detach, too, so it’s easy to get started playing and just as easy to pack up as soon as you’re done.  When not in use, the mount is foldable, too, allowing you to pack it in the compact carry case for easy portability. 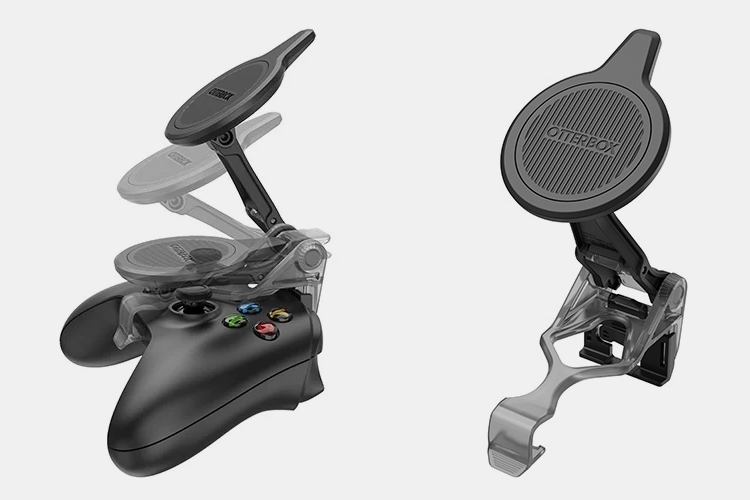 Even better, when it’s removed from the controller, the mount can be set down on a flat surface, allowing you to use it as a desk stand if you have access to a tabletop wherever you’re playing. And yes, you can adjust the angle and tilt when set down that way, too, so you can find the perfect viewing position during play. According to the outfit, it is compatible with Microsoft’s controllers for the Xbox Series X, Series S, and One, giving you the ability to play on the go with the same exact controls you use when playing at home.

The Otterbox Mobile Gaming Clip For Magsafe is available now, priced at $39.95.