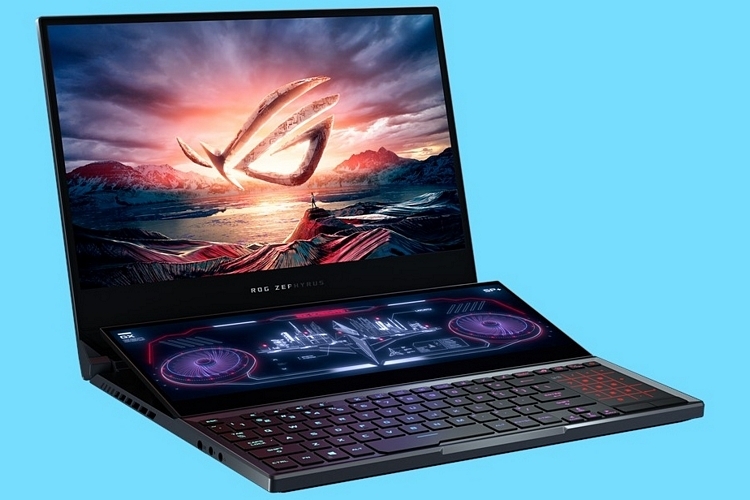 We’ve seen multiple companies experiment with dual-screen laptops for a bit now, with everyone trying to figure how to best use a second display without adding too much to a laptop’s size. The ASUS ROG Zephyrus Duo 15 is the newest effort towards that end.

As we’ve seen with previous efforts, the best way to keep a laptop slim while adding a second screen is to put that display above the keyboard and move the trackpad to its right instead. ASUS did it with the Zenbook Pro Duo and HP did it with the Omen X 2S. Of the two, we have to say, it was more problematic with the Zenbook, since it’s a productivity machine and plenty of folks rely on the trackpad for those laptops. With the Omen, it was actually quite decent, since gamers tend to use a separate mouse, making the smaller trackpad less of an issue. It’s for that reason why, we believe, ASUS chose their flagship gaming laptop for their new dual-screen design. 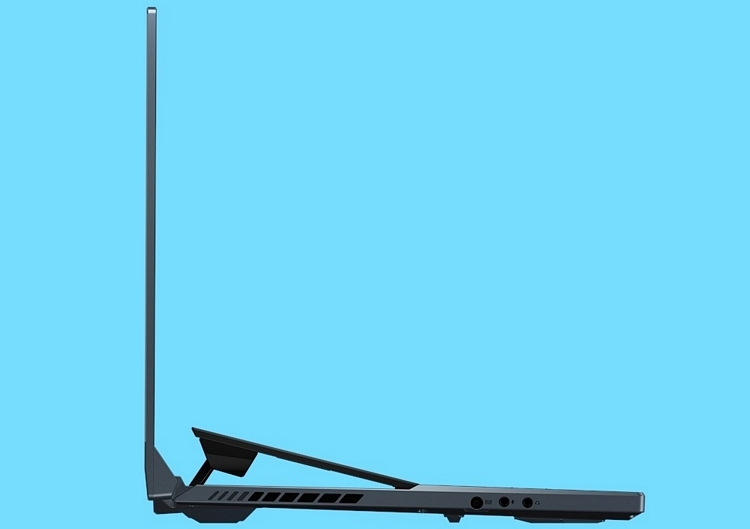 The ASUS ROG Zephyrus Duo 15 has a 15-inch main screen that’s available in two configurations: either a 4K 60Hz panel that covers 100 percent of the Adobe RGB color space for multimedia editing or a 1080p 300Hz panel for gaming. So yeah, the outfit is marketing this to gamers and digital creatives alike, albeit in versions with wildly different main displays. That’s where the divergence between the two variants end, though, as they offer the same features everywhere else. Chief among these is a 14.1-inch display in the area where the keyboard is usually located, which brings a resolution of 3840 x 1100 pixels. 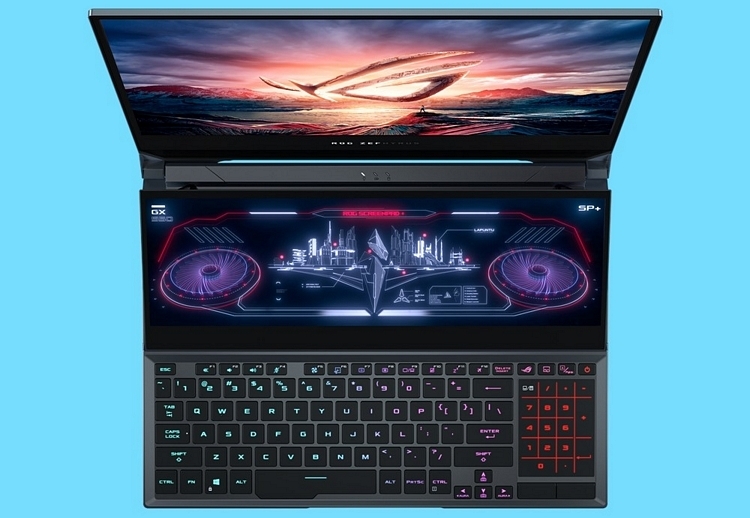 Unlike previous designs we’ve seen, the secondary display doesn’t stay on the same angle as the keyboard. Instead, it’s able to tilt forwards, allowing you to view it at a 13-degree angle, ensuring both displays are at a comfortable field of view to the user. To allow this, by the way, the main display has a large bezel at the bottom, which looks odd when you first see it, but makes perfect sense once you see what the second display does. According to Asus, the second display can be used much like any external panel, so you can use it as an extension of your desktop, allowing you to see multiple applications running. The outfit has also partnered with multiple developers to make use of the second display, including Adobe and Techland, which has created second-screen tools for Dying Light 2, League of Legends, Fortnite, and CS:GO. 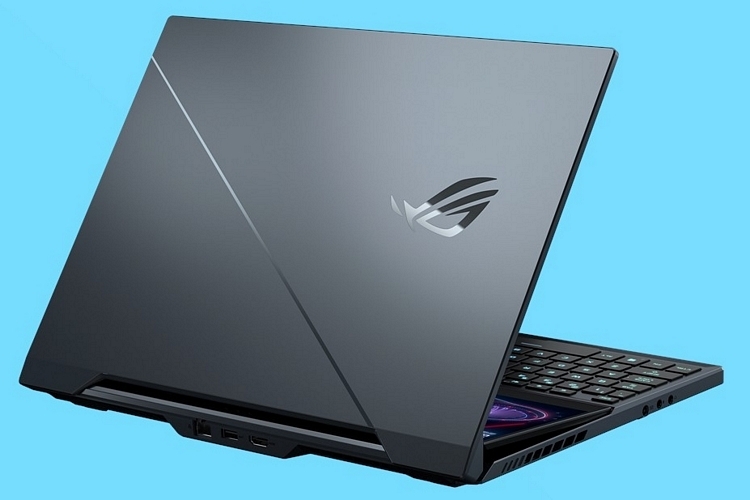 The ASUS ROG Zephyrus Duo 15 puts the keyboard below that secondary display, along with a trackpad that doubles as a capacitive number pad on the right, similar to previous designs we’ve seen. As for the specs, the laptop gets 10th -gen Intel Core processors (including the eight-core i9-10980HK), GeForce RTX graphics (up to RTX 2080), up to 2TB of SSD storage, up to 48GB of DDR4 RAM, Wi-Fi 6, and a new AAS Plus cooling system. It runs Windows 10 Pro.