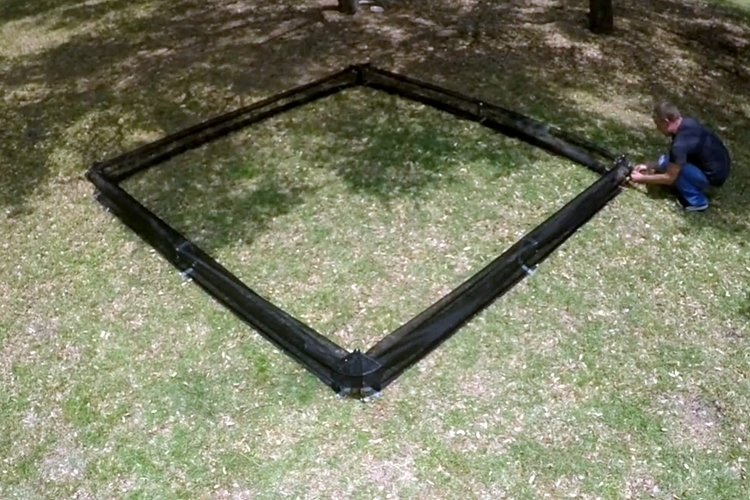 Spending time away from the city has its perks. Having snakes crawl into where you’re staying isn’t one of them (hopefully, you have a venom extractor on your first aid kit). Your options: either use snake repellents or build a fence that can restrict their entry. Now, a third option exists with the Atrox Snake Barrier.

A snake-proof mini-fence, the barrier is designed to keep the slithering creatures out of any specific area, so you can spend the day engaged in activities without having to worry about an encounter with the limbless reptile. Whether you want to snake-proof a playground where kids spend their mornings, a campsite your family is staying in, or a chicken coop at the farm (which snakes particularly love visiting), this thing lets you do that in an effective, easy, and affordable manner. 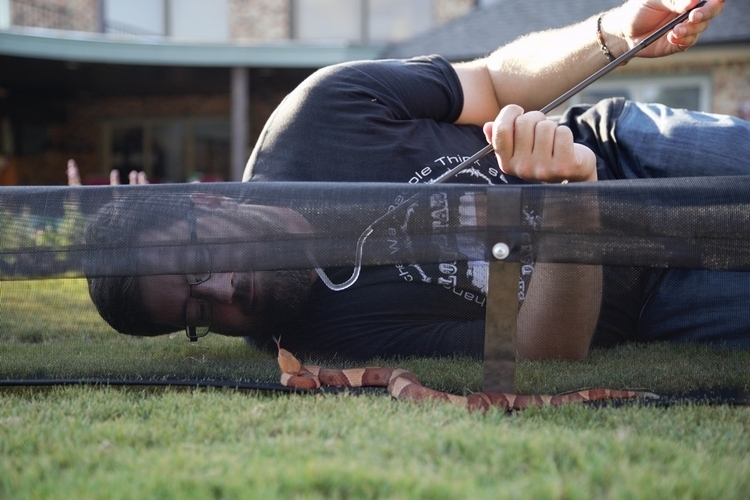 The Atrox Snake Barrier is a portable, reusable, and modular mini-fence system that allows you to keep snakes from coming inside a surrounded area. The barrier consists of a frame made from electrogalvanized steel that’s covered with Textilene Nano 50 screen, a tear-proof and puncture-proof material originally designed to replace fiberglass screens. When not in use, the barrier can be flattened and rolled up for easy portability, making it easy to store in a closet or stash in the boot of the car.

To set up, unspool the rolls of barriers and lay them down flat on the areas you wish to set up the fence. From there, you fold up each one into a C-shaped channel, such that both the top and bottom of the fence are facing out. Once that’s done, you start staking the barrier to the ground to make sure they stand in place, all while connecting the corners using the bundled caps. Once you make sure everything is staked properly, you’re set. 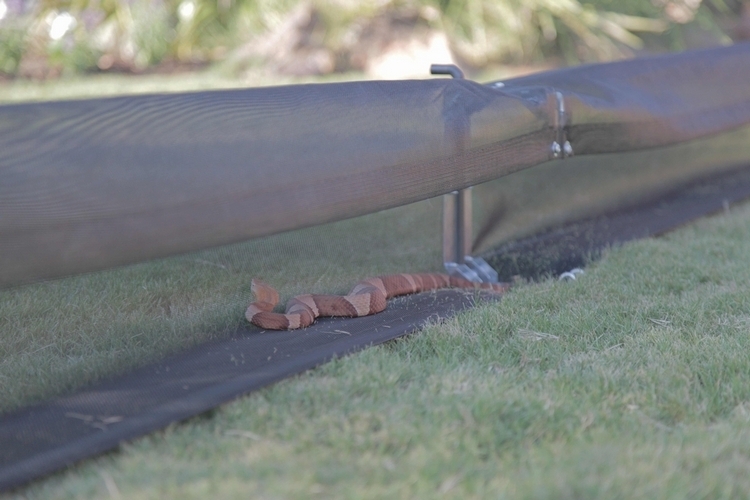 Standing a mere 10 inches tall, the Atrox Snake Barrier doesn’t look like much of a deterrent. In fact, when you first see it, you’re almost certain any snake that can climb will be easily able to overcome it. However, the design has been proven effective against different species of snakes (including ones that can climb trees and walls) over and over. According to the outfit, this is because the design takes advantage of the snakes’ instinctive nature and their lack of problem solving abilities. 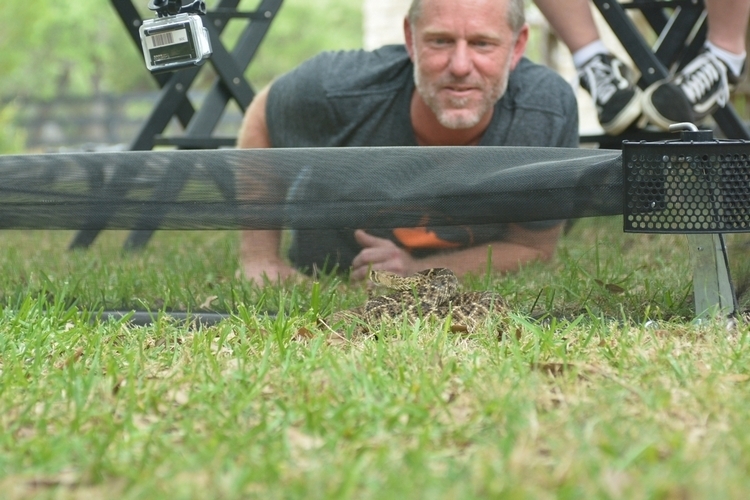 When a snake encounters the barrier, they have three options: go left, go right, or go up. While going up should, theoretically, get them inside the fence, the C-shape of the frame actually creates an overhang that forces the snake to hang backwards if they were to climb the barrier – something they aren’t likely to be able to do. Why won’t large snakes just lift their body and go over the barrier? According to the outfit, it’s instinct. The size and shape of the overhang suggests that it’s a place to take cover, which is something snakes out in the open immediately want to do. Once they’re under the overhang, that’s when they’ll then try to climb it, which is doomed to lead to failure.

A Kickstarter campaign is currently running for the Atrox Snake Barrier. You can reserve a unit (5 x 5 feet fence) for pledges starting at $200.