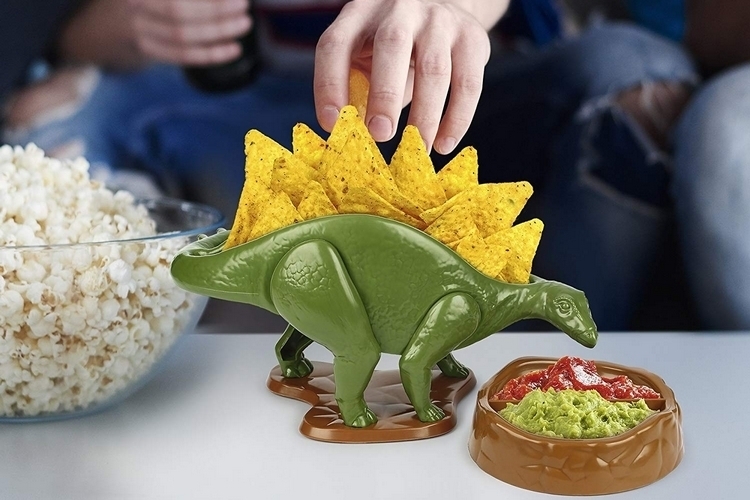 No, you don’t need Barbuzzo’s Nachosaurus to enjoy a serving of nachos and salsa. I mean, I can down a plate of tortilla chips in short order. If you’re planning to devour a heap of nachos with the fervor of a prehistoric monster, though, eating it off a grazing stegosaurus sure makes for a fitting proposition.

That’s right, they made a serving dish for nachos clad in the likeness of a stegosaur, giving you a Jurassic alternative to the boring plates and bowls you have in the kitchen. Will it make your nachos taste ten times better? Heck, no. Does it enable a more efficient way of feasting on tortilla chips? Absolutely not. If you’re looking to inject a little novelty to your snacking, though, having a small-headed, long-necked creature on the table should easily fulfill the requirement. 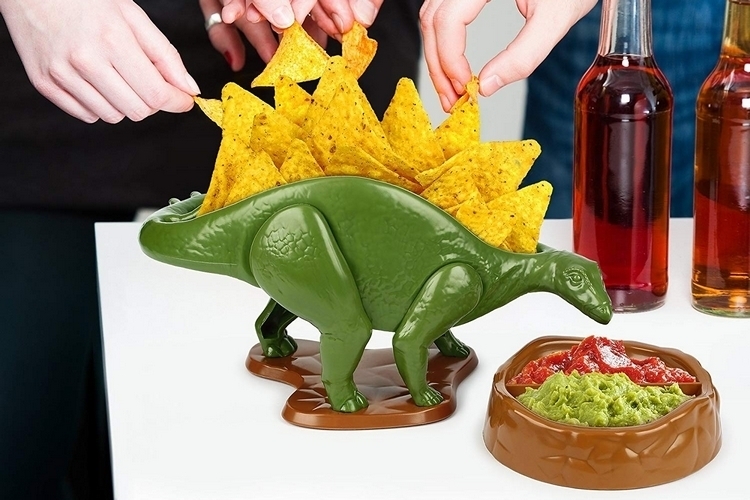 The Nachosaurus doesn’t actually look like a full-fledged stegosaur yet, as it’s missing the extinct animal’s most distinct feature: the dermal plates situated along the length of its back. The idea is to fill its container to the brim with nachos, whose triangular shapes mimic the appearance of the plates in the actual dinosaurs. Do note, the opening that holds the nachos isn’t actually very big, so you won’t be able to put as much nachos here as other plates and bowls. While that sounds like a problem, it actually gives you a good excuse to buy half a dozen of these, so you can have a herd of dinosaurs roaming around your coffee table on those nights you’re snacking while watching TV.

While designed for nachos, the dish can actually be used for most any type of snack, from French fries and chips to popcorn and crackers. Suffice to say, you can bring out the dinosaurs for every Netflix and chill session, no matter what you’re planning to stuff your face with while going through your playlist. Plus, you can keep one on your desk at the office for use as a candy bowl. 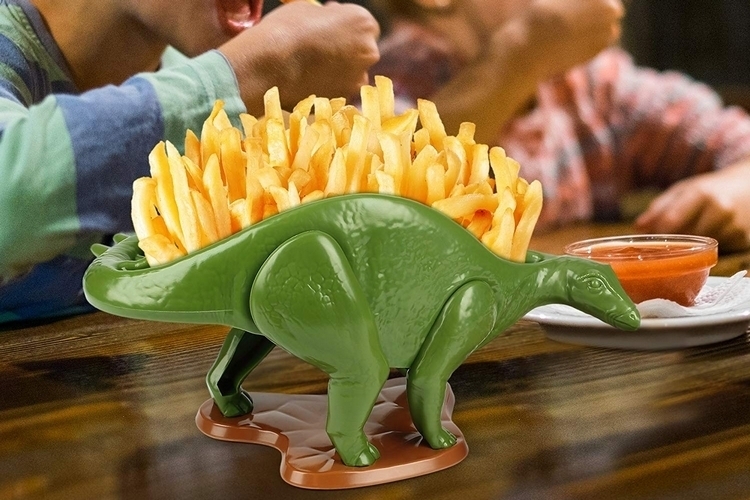 The Nachosaurus comes with a feeding bowl for the dinosaur, so it will look like a domesticated pet while standing still on the table. Of course, it’s not a real feeding bowl, but a dip tray for your cheese, salsa, or whatever the heck you want slathered all over your chips, with a divider right at the center, so you can have two kinds of dips within your immediate reach. The stegosaur, by the way, stands on the table via a flat platform rather than its four legs, so there’s no chance of the darn thing falling over and spilling all its contents into a mess. 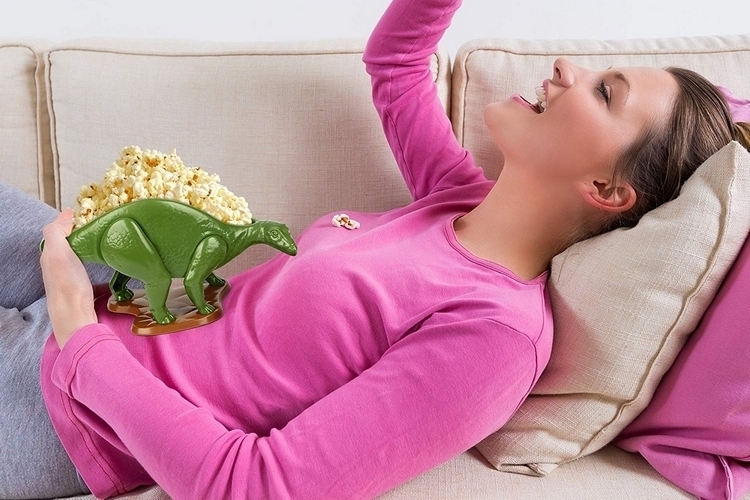 Construction is food-safe plastic, so it’s safe to toss this thing around after you finish eating. It’s also dishwasher-safe, by the way, provided you keep it over on the top rack, although brushing down your dinosaur with detergent by hand on the kitchen sink does sound mighty entertaining. Just kidding, it doesn’t. 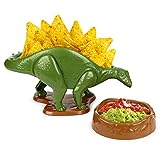