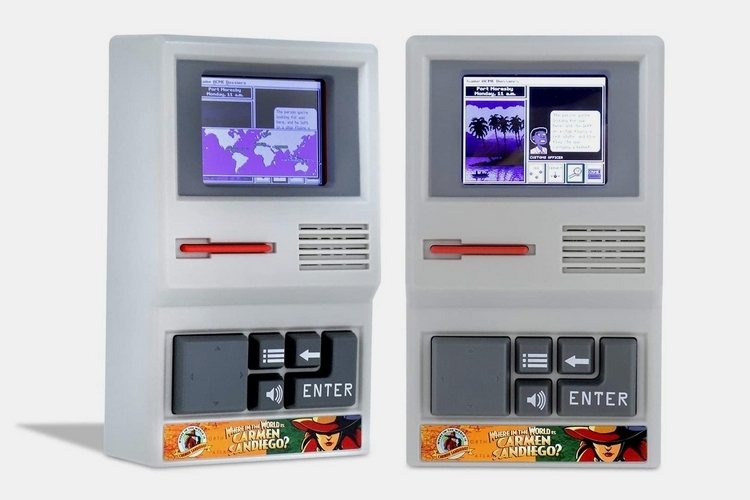 Remember that handheld game of The Oregon Trail that came out a while back? That was a fun way to experience a classic game from the early days of computing. This time around, the same guys behind it is bringing another early PC classic to life in the form of the Basic Fun Carmen Sandiego Handheld Game.

That’s right, it’s a handheld game that lets you play “Where in the World is Carmen Sandiego,” so you can investigate mysteries, seek clues, and apprehend criminals on the go. Whether you’re waiting in line at the grocery, marching with protestors at the local park, or hiking a trail to get some exercise because your local gym is still closed, this thing lets you put on a detective hat while traveling around the world to catch some nefarious villains. 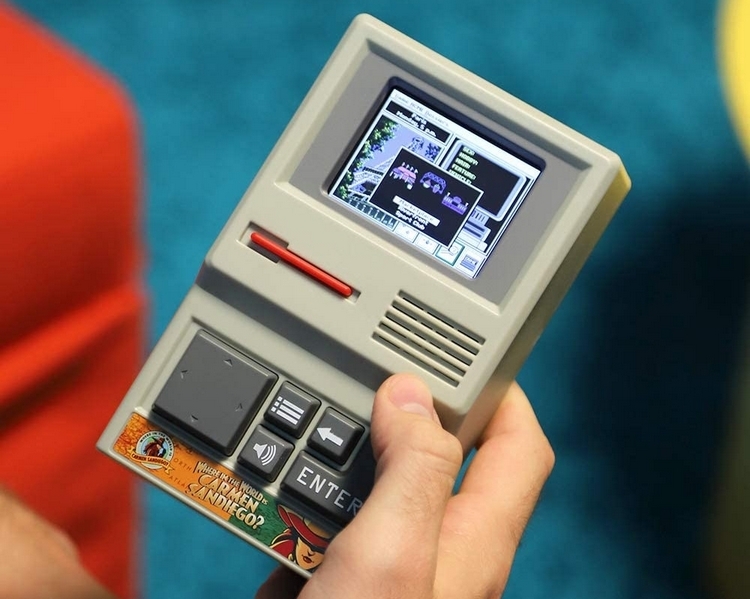 The Basic Fun Carmen Sandiego Handheld Game comes in a miniature form factor that looks like the early personal computers from the 1980s. Seriously, it even has grills for the speaker and a floppy drive slot (which actually serves as the toy’s power button), albeit with everything in a much smaller scale, since the entire game has to fit in your hands. Large physical controls at the bottom of the console, which consist of a D-pad and four action buttons, let you interact with the game, allowing you to navigate the menus, inspects dossiers, and search for clues inside a crime scene. 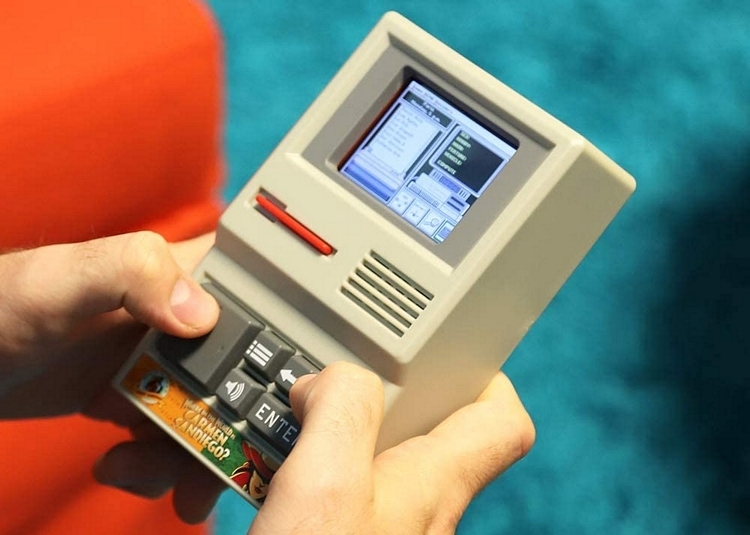 It has a tiny screen, so you may have to squint some amount in order to read all the text that comes part of the game, although it is full color, so you get to enjoy the full game in all its glory. If you have a hard time reading stuff on screens way tinier than the one on your phone, though, you might want to skip this entirely, as the screen is really small. All graphics, sounds, and gameplay from the original are retained, making this quite a treat for retro gaming fans. 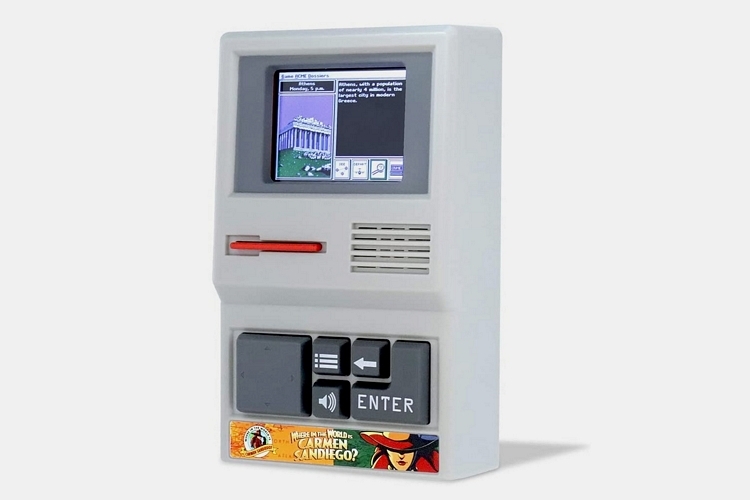 The Basic Fun Carmen Sandiego Handheld Game comes with a full version of what appears to be the MS DOS version of the original Carmen Sandiego game, which will have you investigating various burglaries to identify suspects, tracking those culprits as they travel to various countries, and apprehending them as part of your job with the ACME Detective Agency. If you’re not quite familiar with this long-running series, each level starts with a police dossier that gives you a background on the crime that occurred and the suspect you need to find. You then fly to the crime scene, gather clues from locals, and solve riddles that arise from those clues.  Doing so will give you an idea about the suspect’s next location, at which point you go there and determine the villain’s identity using some of the clues you’re able to gather. You get a promotion with every thief you catch, so you get to climb the career ladder at ACME as a reward for your troubles. 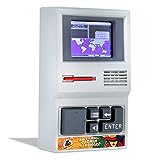