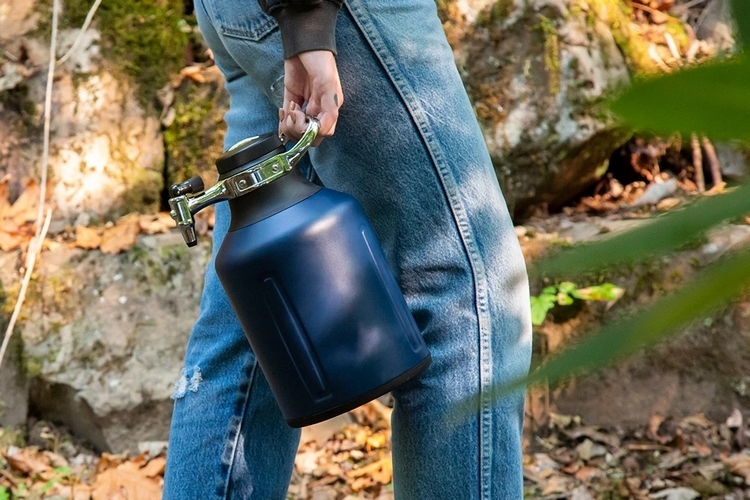 How do you get that at home? The most obvious solution is a keg, which is huge and completely impractical, not to mention requiring an equally large kegerator for chilling, unless you’re having a party at home. As such, many folks have been going the mini-keg route, which are, basically, growler-style containers that have been reinforced with vacuum pressure and a tap system, allowing you to draw beer from a tap while using a container that fits comfortably in most home fridges.

Here are some of our favorite growler mini-keg solutions. 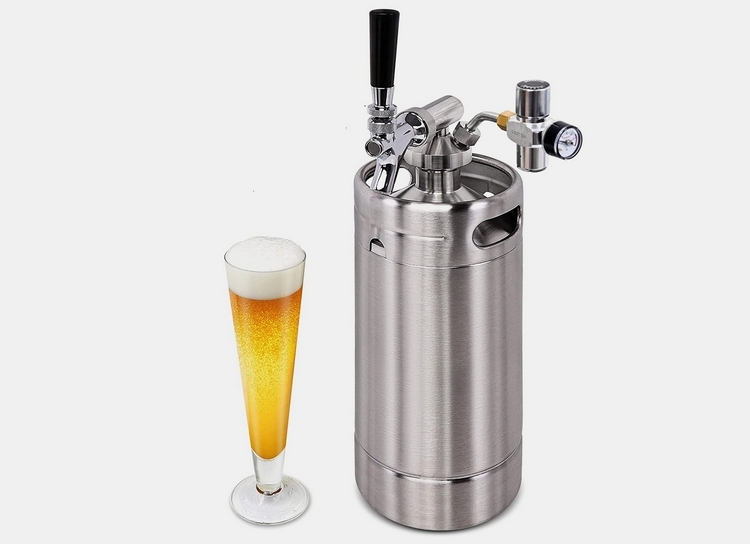 Instead of looking like a growler, Nutrichef’s taproom-style container is styled to look like an actual miniature keg. Cylindrical housing? Check. Carry handles on the sides? Check. Tap system on tap? Yep, that’s a check, too, just like those kegs you can order from any brewery in your area. Except, this one comes in sizes more suitable for individuals and small groups, being available in 64oz and 128oz variants. Designed to use 16g CO2 cartridges, it vows to keep beer fresh and vacuum-pressured up to two months, making it perfect for folks who want to keep draft-style beer in the fridge for extended periods. Construction is 304 stainless steel all around, by the way, so this should hold up to outdoor excursions and rowdy card games at home with your friends alike. 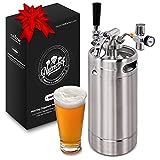 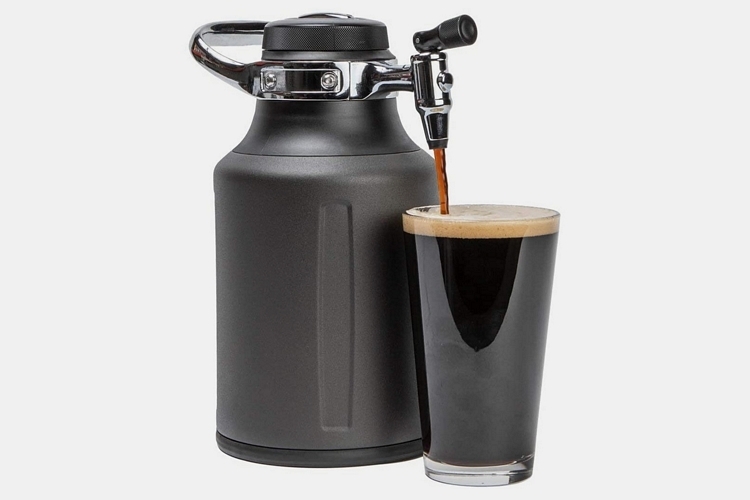 Available in 64oz and 128oz sizes, this double-wall stainless steel growler comes with an integrated dispenser tap that can be locked when you want the rig completely sealed. It uses 8g CO2 canisters to keep the growler pressurized at all times, with a regulator cap allowing you to put it in one of two carbonation settings (high or low). The stainless steel double wall insulation is designed to keep drinks at chilled temperatures for just nine hours, while the carbonation system allows it to stay fresh for over two weeks (they don’t have an exact time period, since… let’s be honest… you won’t take two weeks to finish 128oz of beer). The mini-keg comes with a convenient handle on the neck for easy portability. 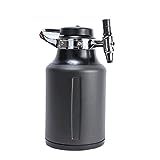 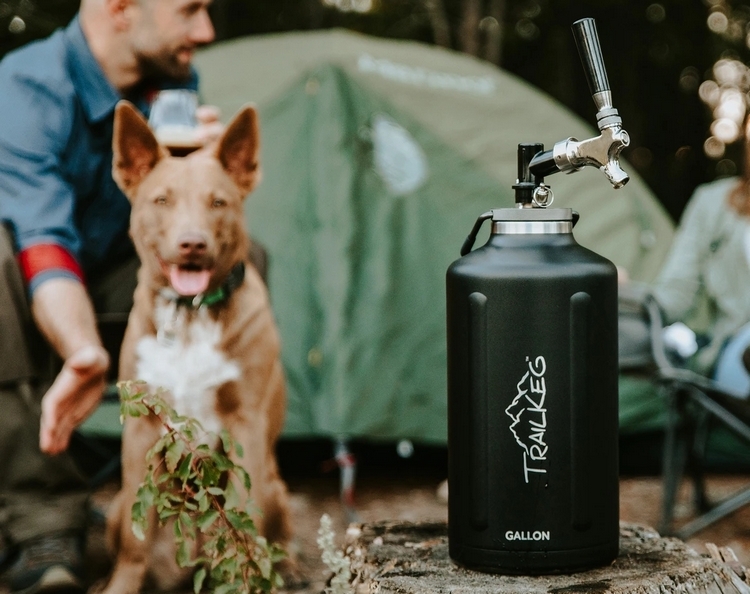 Designed for outdoor use, this growler with tap system can hold up to 128oz of beer, while the stainless steel vacuum insulation will keep drinks cold for up to 24 hours. It has a dual-stage regulator for precise and consistent pressure, courtesy of 16oz chargers, with a 75psi manual pressure vent integrated into the lid, so the contents are never over-pressurized. Even better, the pressurized tap system is designed to fit the most popular growlers in the market from Yeti, RTIC, and other big brands, so you can use it with other vacuum-insulated containers in your stash if you want to use other sizes of containers. 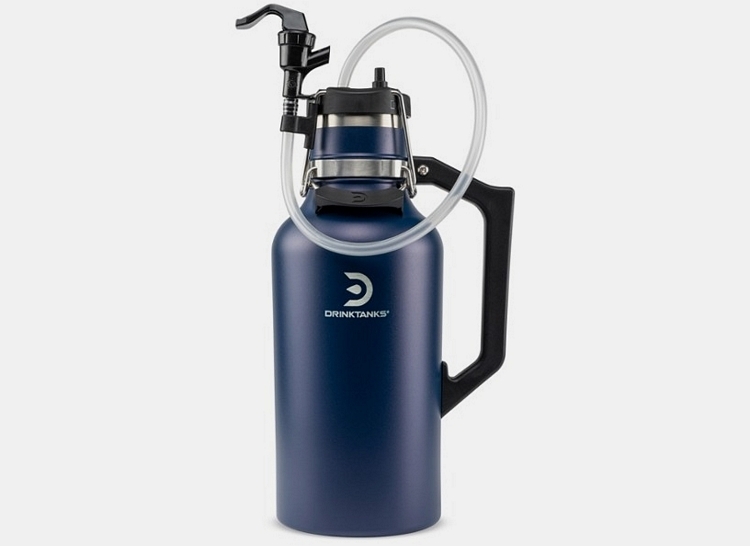 One of the early players in the growler/mini-keg space, DrinkTanks remains a solid option in the category with their 64oz. growler and keg cap combo (as well as two 16oz CO2 cartridges). Granted, it only keeps beer fresh and carbonated for a week at most, which is a tad shorter than most newer mini-kegs in the market, although the growler offers enough insulation to keep beer reasonably chilled for up to two days. The set, by the way, includes a standard cap for the growler for those times you run out of CO2 cartridges and just want to pour a beer out like normal.

Both the growler and the keg cap can be purchased separately, by the way, along with bigger growler sizes, so you can use the same cap to turn any of the outfit’s growlers into a functional pressurized keg. According to the outfit, a single 16g CO2 cartridge should be enough to keep at least three batches of beer pressurized inside the growler. 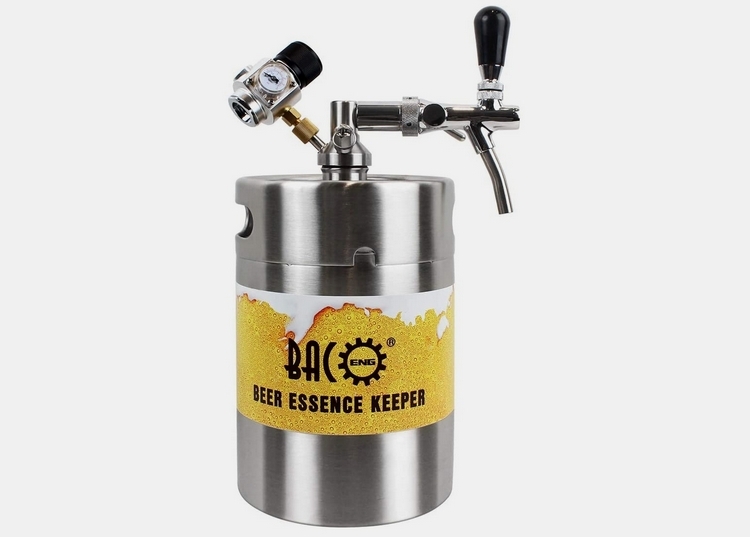 Need something that can hold more beer than those 128oz growlers? Try this 175-ouncer from Bacoeng, which allows you to keep beer fresh and carbonated for up to two months. We love the design of the detachable regulator and spout, which allows you to remove the tap system on top and replace the CO2 cartridge without depressurizing the contents, while the variable regulator allows you to monitor and adjust the pressure with pinpoint precision for optimal carbonation.

It comes in a keg-like cylindrical form factor, by the way, with handles on the sides allowing you to carry it with ease, with the entire thing cut in 304 stainless steel for rust-free durability. And yes, it’s available in smaller 64oz and 128oz sizes, in case you’d like to have the same style of mini-keg in a much more compact container. 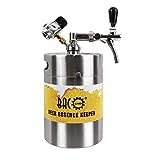 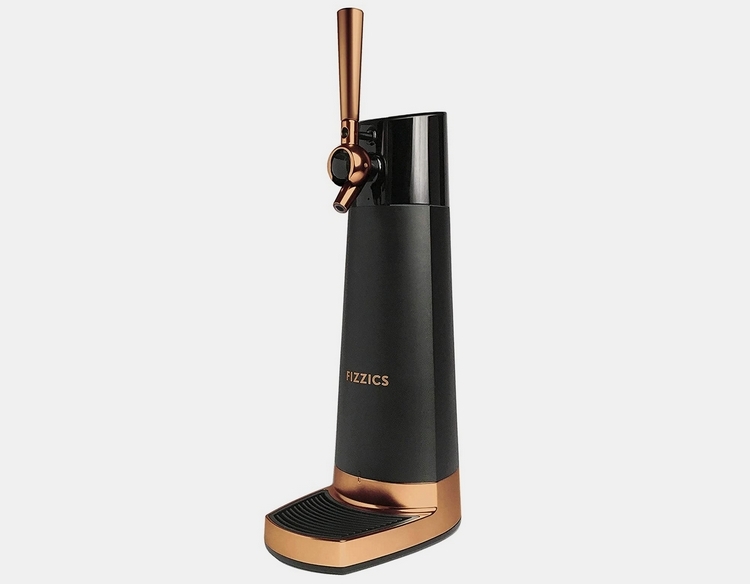 No, it’s not a mini-keg. Heck, it’s not even a growler. Instead, the Fizzics Draftpour is a beer tap system in a category all its own. Instead of filling up with beer at the local brewery, you’re supposed to put standard cans and bottles (up to 750ml sizes) on the interior chamber, making sure to stick the internal tube inside your beer vessel. From there, you’re supposed to draw beer from the tap, essentially turning erstwhile commercial beer into draft-like taproom fare. And it looks like actual draft beer, too, with a thick pile of foam on top. The coolest part? It doesn’t use pressure to create the foam. Instead, it uses sound waves to convert the beer’s carbonation into foam as it pours into your glass. The downside? You’ll have to line up a new can or bottle each time out, which, admittedly, creates a bit of work. It runs either off a power outlet or two AA batteries.