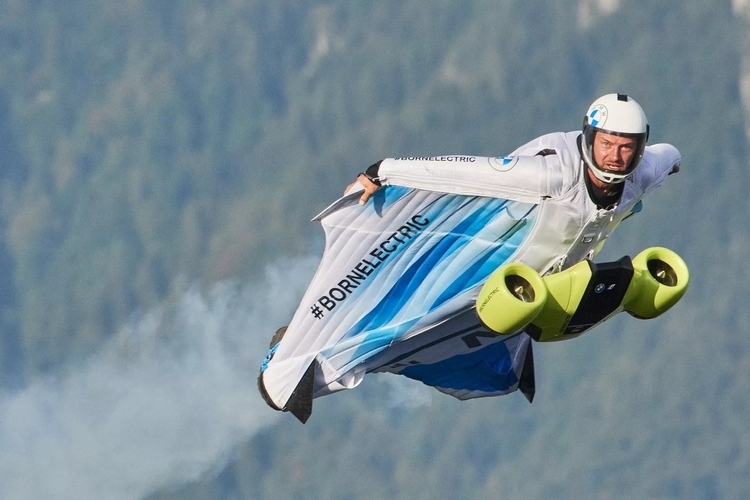 Wingsuiting has been around since the turn of the century, allowing crazy daredevils with dreams of flight to soar in the air for extended periods until gravity eventually takes its toll and they’re forced to deploy a parachute. For the whole time it’s been around, though, folks have relied on gravity to propel them forward, which, sadly, means you’re also slowly descending at the same time. The Electrified Wingsuit changes that.

A collaboration between stuntman Peter Salzmann and the BMW Designworks studio, it combines a custom wingsuit with chest-mounted impellers that provide additional thrust. Basically, instead of being just a human glider, it turns you into a miniature airplane of sorts, allowing whoever’s wearing the darn thing to do so much more while they glide through the air. No, it doesn’t quite turn you into Jetman, although it does deliver extra propulsion without the noisy jet engines of Yves Rossy’s way more expensive setup. 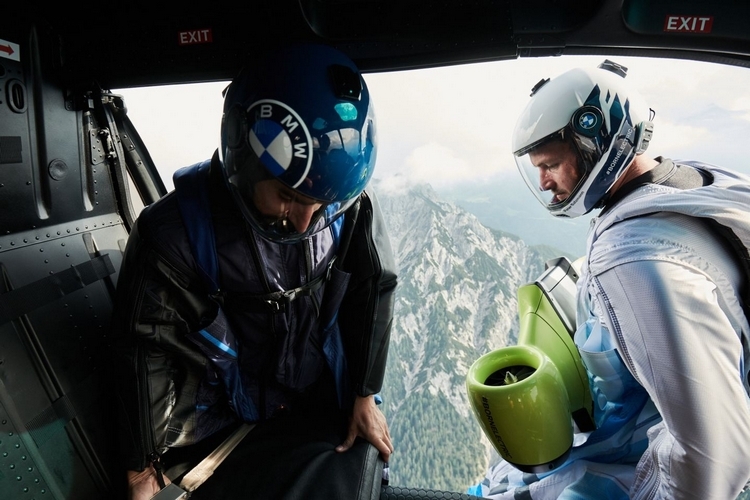 The Electrified Wingsuit uses two 5-inch impellers that run at 25,000 rpm each to generate the thrust, with air inlets strategically integrated into the wingsuit making it easier to manage the generated airflow. The impellers are pretty modest in terms of power, putting out a combined 20 horsepower, which is, apparently, enough to send people gliding at maximum speeds of 186 mph, a massive step up from the 62 mph you can get relying on just gravity alone. Even better, having the motors on there will apparently allow you to fly upwards, too, instead of constantly descending the way you would on a regular wingsuit.

It draws power from a 50-volt lithium battery mounted on the pilot’s breastplate, which holds enough juice to keep the impellers running for around five minutes. Yes, it will only keep you in the air for a few extra minutes, since integrating a larger battery will probably cause more problems, considering this one already weighs a pretty significant 26 pounds. Considering this is the first version of the design, though, we imagine they can probably make it more efficient over time. 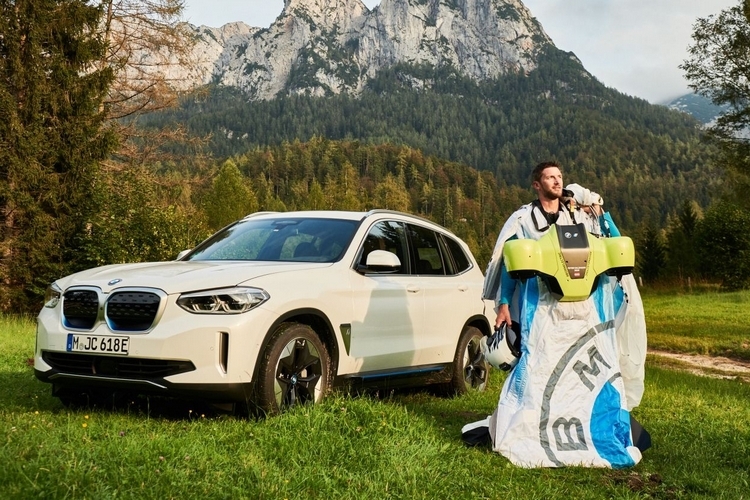 The Electrified Wingsuit also comes with a power switch, so you can engage and disengage the motors to extend the battery life, along with a cutoff switch in the event of emergencies. A two-finger throttle allows the pilot to increase or decrease the thrust, so you’re in full control of those motors the whole time, while a steering mechanism should make it easier to maneuver the ensemble to any direction you want. 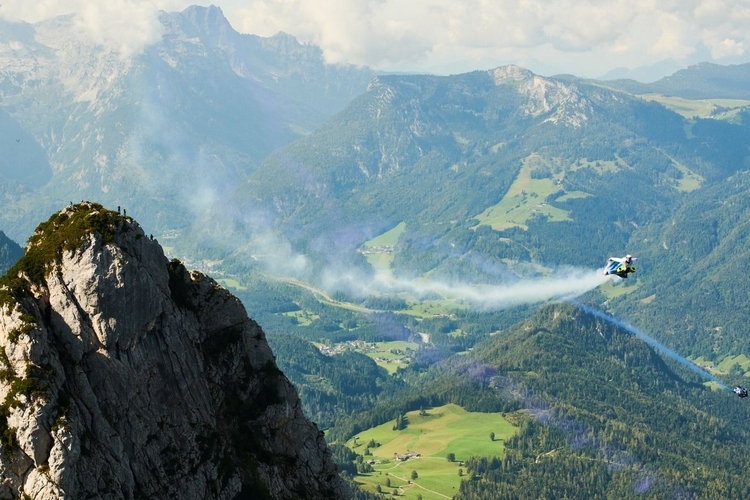 According to the project page on the BMW website, they performed over 30 wind tunnel test jumps before taking the wingsuit outdoors. Originally, Salzmann wanted to fly it over a trio of skyscrapers at Busan in South Korea. With worldwide travel getting messed up earlier this year, though, they settled for the Del Bruder peaks in the Hohe Tauern mountain range, where he went up to 10,000 feet altitude on a helicopter, jumped, and proceeded to demonstrate the wingsuit’s capabilities, eventually using it to fly upwards to clear a mountain peak, whereas other wingsuits would be forced to fly around its edges.

You can learn more about the Electrified Wingsuit from the link below.