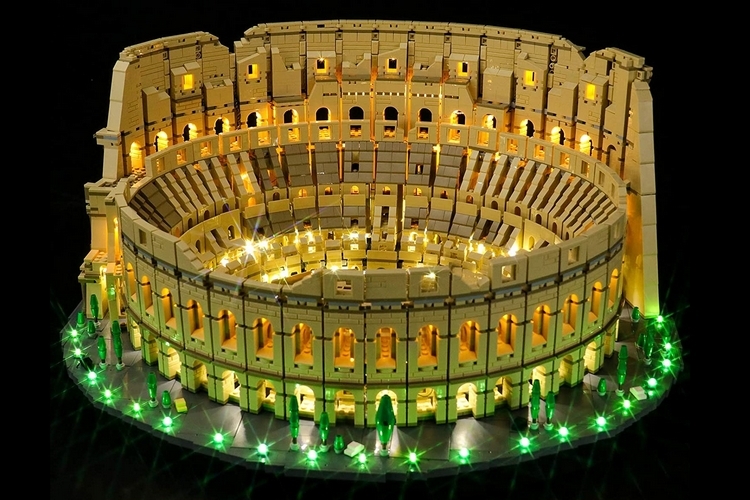 So, you’ve bought LEGO’s biggest model ever, the Creator Colosseum, and finally finished putting its 9,000 pieces together. And it looks stunning, making it a guaranteed sight to behold, wherever in the house you decide to display it. Problem is, the weathered amphitheater looks like a sobering reminder of the fall of civilizations past, instead of the vibrant entertainment venue it served as in a previous life. The Briksmax LED Lighting Kit for LEGO Colosseum should make this monument of ancient Rome feel like a bustling contemporary venue.

Put together with the LEGO Creator Colosseum in mind, this lighting kit illuminates the Roman amphitheater from every imaginable corner, making it a good approximation of what the real thing could look if it was turned into a modern entertainment center. With individual LEDs for the walkways and the halls to the corridors and the actual arena, this lets you light up your model of the historic structure in a lifelike manner. 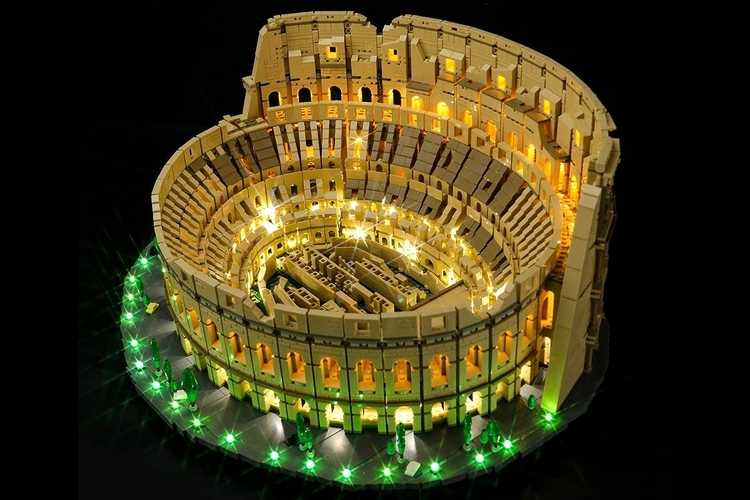 The Briksmax LED Lighting Kit for LEGO Colosseum contains 58 dot lights (varying sizes and warmth) and 73 strip lights, along with all the expansion boards, connecting cables, and adhesive squares you’ll need to properly integrate this thing into your LEGO model. There’s also a battery holder (if you power the lights via AA), a USB cable (if you power it via USB), and tweezers, since you’ll be working with tiny lights and really tiny cables, as well as a bunch of translucent LEGO plates that you can put over some of the LEDs (they say it’s random colors, though).

How easy is it to install? Not easy at all. In fact, the darn thing comes with four instruction booklets for installation (yep… four of them), so you’ll be doing a lot of reading and a whole lot more installing. Do note, they do have pictures in the instruction manuals, so you get a visual guide on top of the worded instructions. The pieces are also properly labeled, which should help make the build just a tad easier. 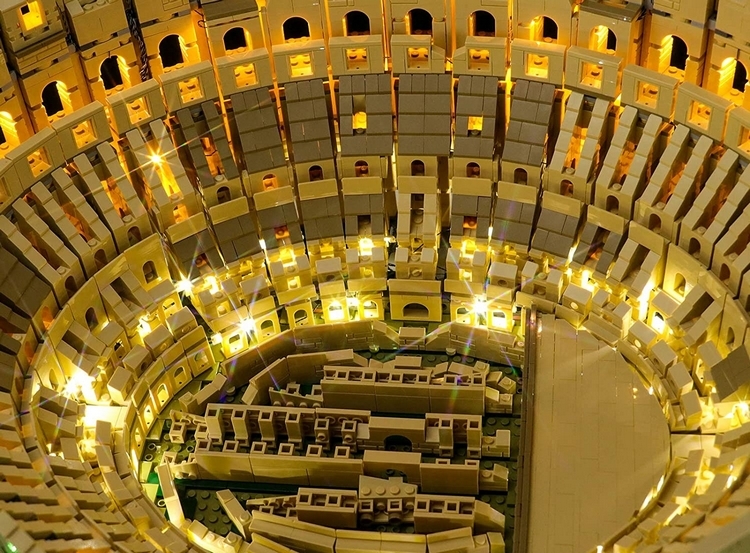 According to Briksmax, the LED Lighting Kit for LEGO Colosseum is meant to be installed after you’ve already built the model. It will, however, require you to break apart large sections of the model in order to install some of the LEDs and cables. As you well know, breaking sections apart can lead to smaller sections breaking off, so be prepared to do additional assembly if you do decide to embark on this undertaking. Given that you’re someone who has the patience to put together 9,000 bricks to build the Colosseum, though, we imagine you’re just the type to persevere putting this lighting system together. 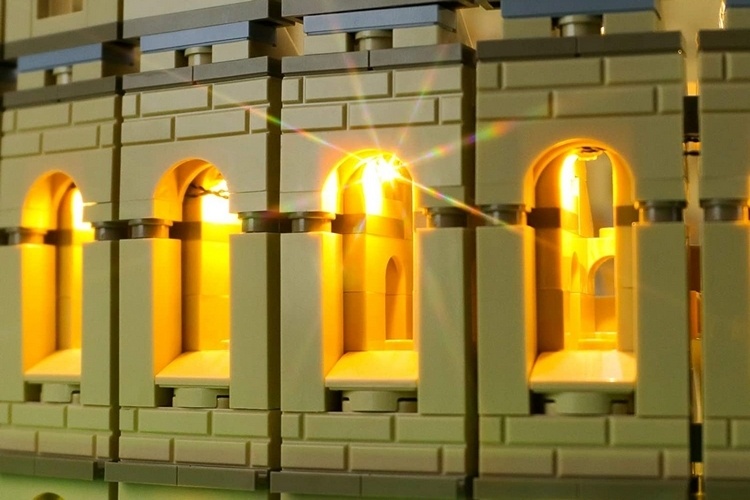 While the kit does include adhesive squares, anyone who’s worked with double-sided tape probably knows how hit or miss they can be when it comes to small, oddly-shaped items, so there’s a chance you’ll get frustrated trying to make the lights stick at some point. If you don’t mind leaving residue on your bricks, we’re thinking, you should do yourself a favor and have some glue on standby while building this thing, just in case. 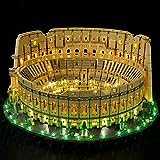