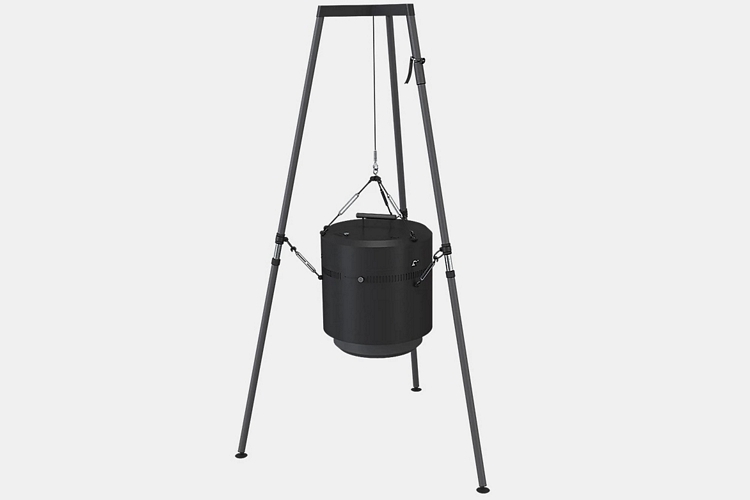 It looks like a hanging fire pit. You know, the kind you’ll have suspended in the backyard, where you and the family can gather around to warm up during the colder days of the year. And yes, it does function as one. More than keeping people toasty, though, the Burch Barrel will also let you grill your burgers, smoke your brisket, and cook up everything for Sunday barbecue.

That’s right, it’s a hanging fire pit, grill, and smoker that’s meant to serve as a central place for people to gather around. Even better, it’s designed for portable use, so you can pack it down, throw it in the truck bed, and use it in your outdoor adventures, giving you a central place to sit around while chugging beers, swapping stories, or just enjoying the cool night breeze. 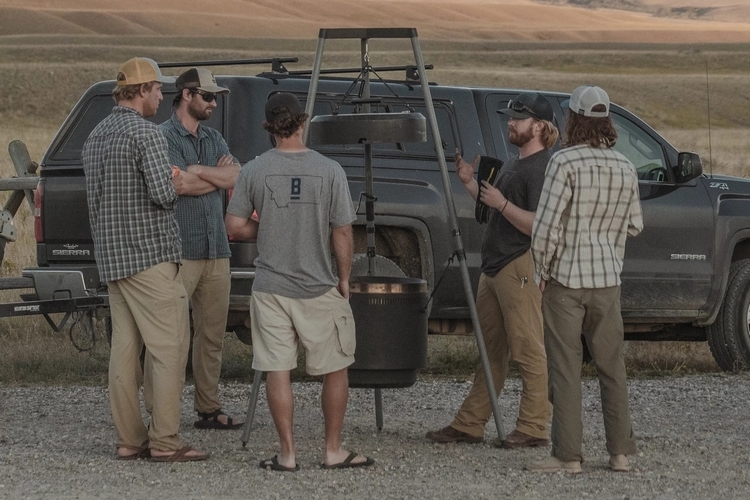 The Burch Barrel consists of a cylinder-shaped fire pit around half the size of a standard 55-gallon steel barrel. Instead of being set down on the ground or a table, it’s designed to hang from an included collapsible tripod standing 7.5 feet tall, which uses hooks on the legs to secure the fire pit and a pulley on top for holding the lid. This tripod, by the way, has adjustable legs, allowing it to be set up on both flat ground and uneven terrain. That means, you can put this thing together, whether in the backyard, the stadium parking lot, or a rocky patch of the backcountry, allowing you to enjoy the rig anywhere you get together with family and friends. 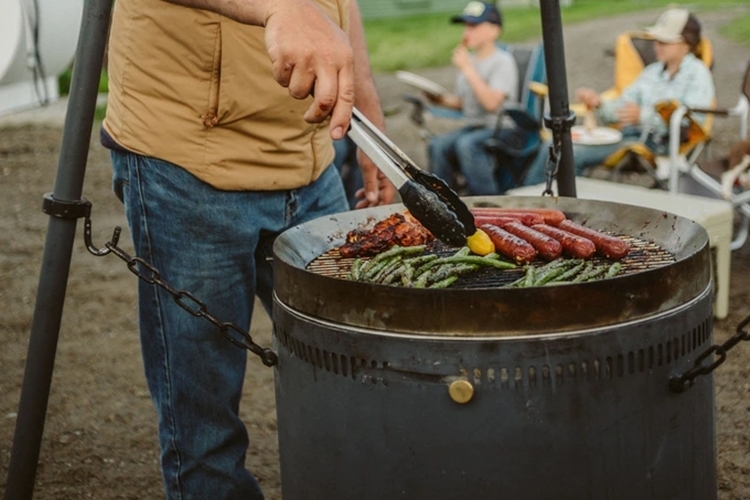 The grill itself has a diameter of 18 inches, giving you a 254-inch cooking surface that you can use to cook a large batch of food in a single go, allowing you to feed a big group in very little time. Rails inside the barrel allow you to raise and lower the coal tray at any of nine different height settings, allowing you to easily control the heat that comes in contact with your food. Set the coal tray higher to sear and broil food with intense heat, then lower it to minimize heat when smoking or loading up with firewood for use as a backyard pit. 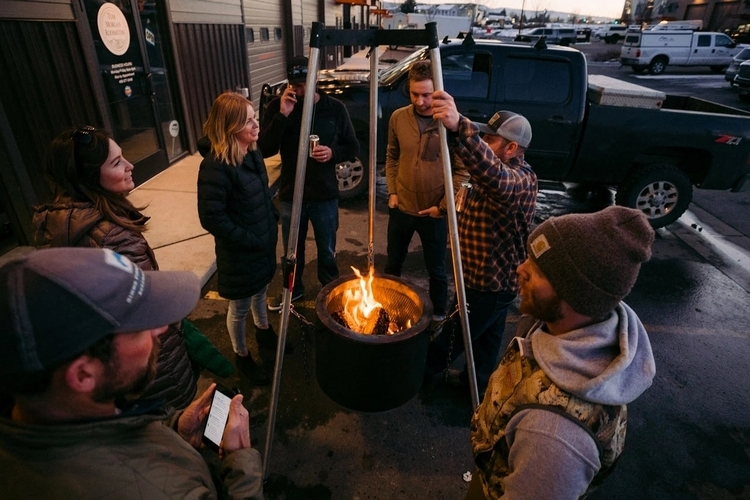 The Burch Barrel has an integrated vent system that draws air higher up on the barrel, sends it down through the space between the pit’s double walls, and back up to the space beneath the fuel tray. Airflow controls allow you to adjust the amount of air to allow in the grill, so you can close the vents to keep the heat low or open them up to get the fire raging, while a built-in thermometer keeps tabs on the barrel’s internal temperature, so you know exactly what adjustments to make to cook the food just right. During transport, the tripod can be broken up and packed down to a compact size for portability, allowing you to put both the tripod and the grill in a car boot or truck bed.

A Kickstarter campaign is currently running for the Burch Barrel. You can reserve a unit for pledges starting at $895.