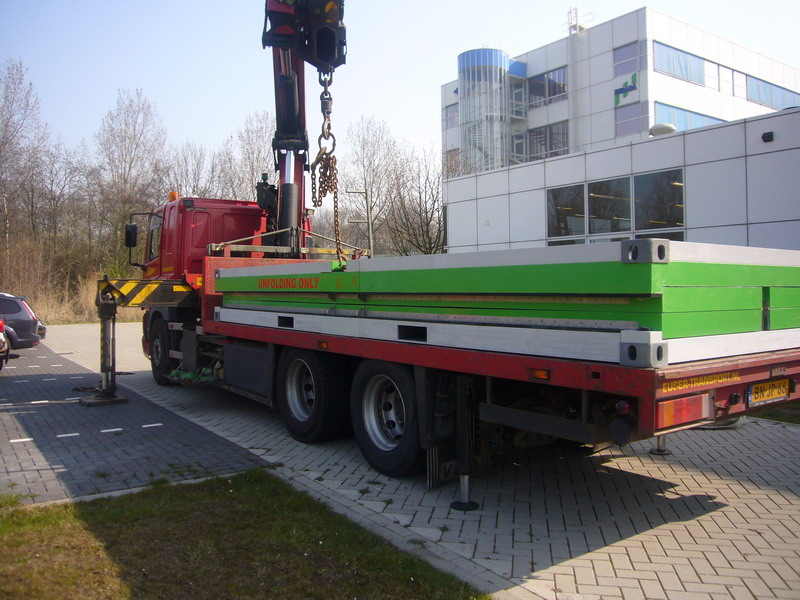 Shipping containers have been around for over sixty years.  During that time, little has changed about the huge steel boxes that has facilitated widespread international trade.   A new company called Cargoshell is looking to replace those gigantic cargo cases with something they believe is more efficient and more attuned to the times. 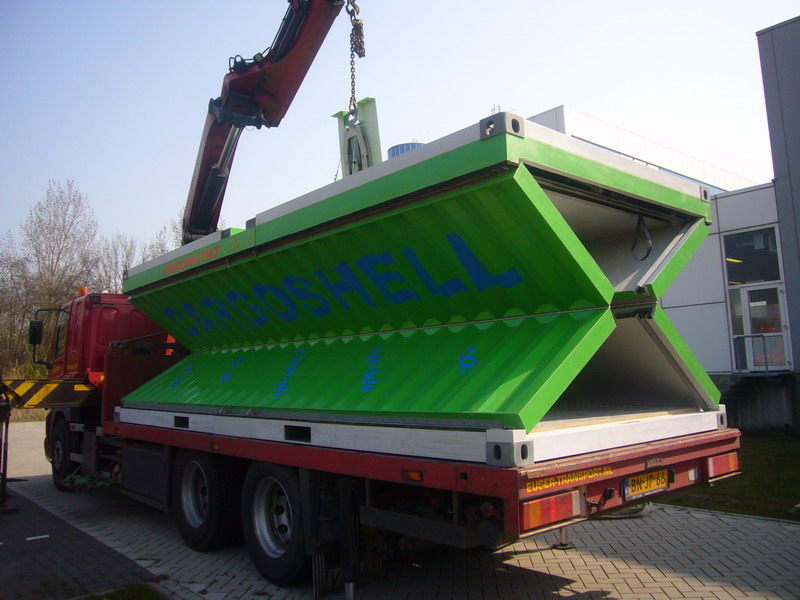 Huge containers take massive amounts of space.  That’s all well and good if they’re being used to transport cargo.  When they’re empty, though, that translates to a huge pile of waste.  The redesigned shipping containers can collapse flat to about one-fourth its original size.  That means you can transport more of them (when empty) in the same ship, train or truck that you used to carry them while they were full – a fact that can translate to tons of logistical advantages with large cargo operations.

Cargoshell’s containers require one person to operate the collapsing motion for a little under 30 seconds.  Current models are strictly 20 feet, although the exact same design should easily be translated to larger 40-foot containers and beyond.  It also features a roll-up door, which should  allow for even more efficient use of space.

Rather than use steel, the new cargo containers are made from composite materials, which result in 25 percent less weight.  The manufacturing process that produces them also turns out only a third of the CO2 currently attributed to the building of conventional containers.

Sounds well and good, right?  So why haven’t companies moved to this new cargo system yet?  Cargoshell’s containers currently cost three times the initial investment required in traditional steel containers, a price that will likely make them a more difficult sell.  Despite that, the company is soldiering on, as they perform further research to improve on the collapsible container’s existing prototypes. 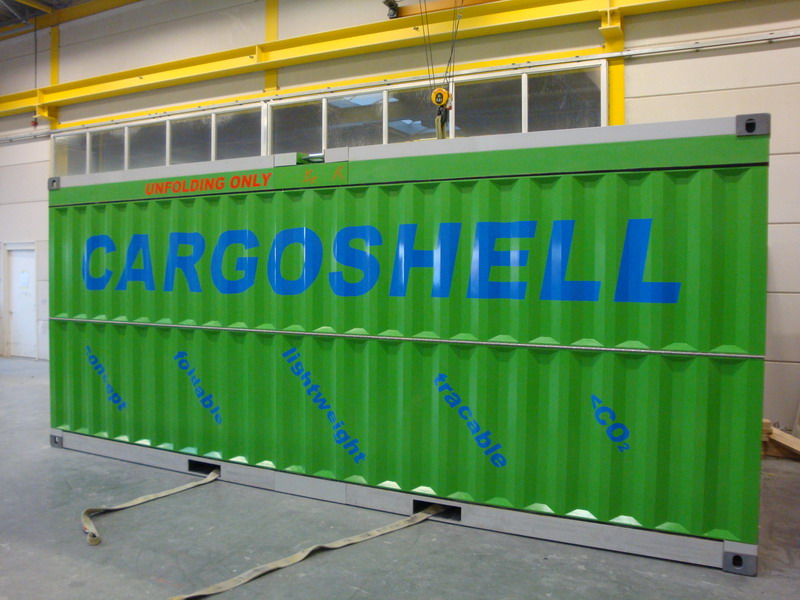