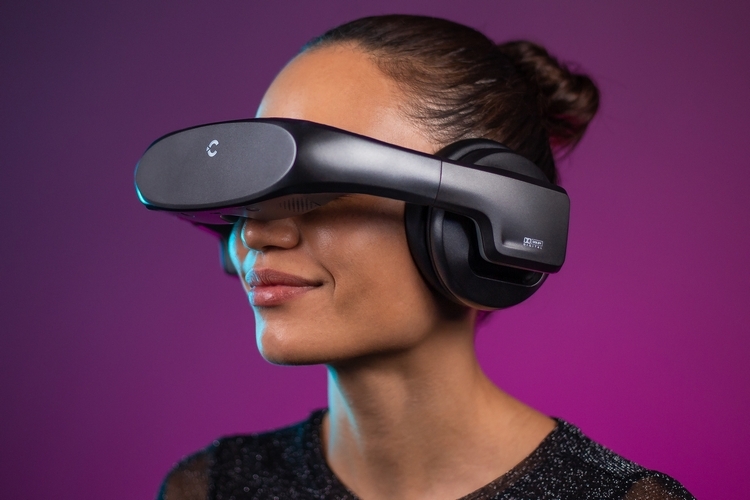 Whether for videogames, movies, or remote conferencing, some people think head-mounted displays (HMD) are the future. Others, however, find them too clunky for primetime. Who the heck wants to spend the day wearing a heavy object on your face when you can just kick back on the couch and stare comfortably at the large screen TV? Maybe, if HMD got more compact, that will change. At least, that’s what the folks behind the Cinera Edge are betting on.

Billed as a “personal cinema HMD,” the device seeks to mimic the cinema experience, allowing you to enjoy movies, concerts, and other video programs the same way you would if you drove down to watch them at the local cinema chain. That means, you can get the full immersive theatrical experience right from the comfort of your home without having to turn any room in the house into a functional home theater. More importantly, though, it does that while coming in a form factor that’s significantly smaller than the typical VR or AR headset in the market. 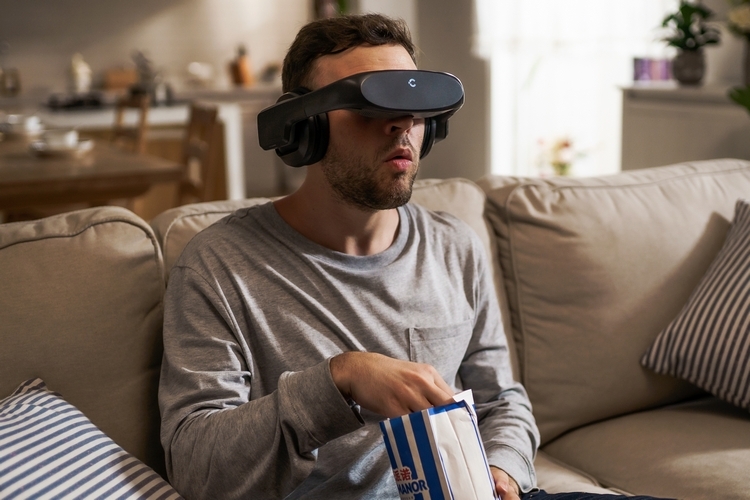 The Cinera Edge is a wearable headset that combines a built-in display with 5.1-channel surround sound headphones. It uses micro-OLED panels in favor of traditional displays, allowing it to dramatically reduce the size of the hardware strapped on top of your face. In fact, the over-the-ear headphones seem to be the biggest component of the whole thing, making it a lot more convenient to use than any comparable head-mounted system. Specifically, it uses a pair of micro-OLED panels, each one sporting a resolution of 2560 x 1440 pixels while measuring just 0.83 inches. Yes, they’re super tiny.

Aside from the impressive resolution, those miniature displays also get the same DCI-P3 color standard used in movie theaters, an ultra-high contrast ratio of 500,000:1, and a 0.000001 second response time, so there’s zero motion blur, regardless of how fast-moving objects are in a scene.  According to the outfit, it effectively creates a screen that measures 1200 inches from a 20-meter distance, which is around 66 degrees from left to right, putting it very close to the IMAX’s 70-degree movie screen and way more immersive than a standard theater’s 54-degree screen. 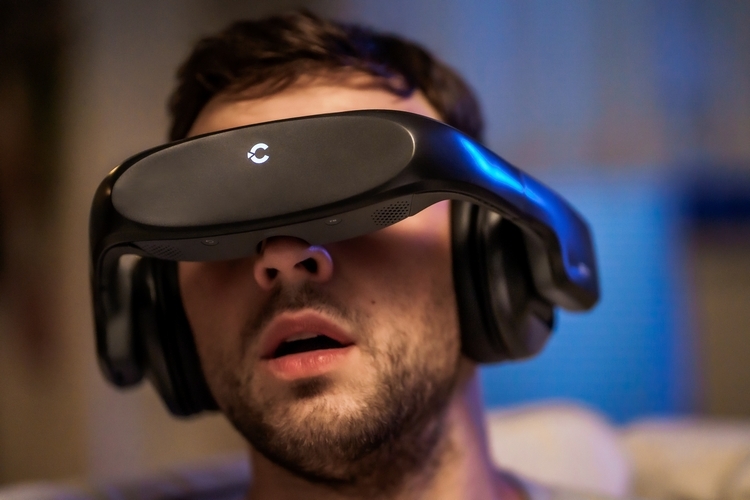 The Cinera Edge is also a native 3D display, so there’s no need to add any accessories when watching 3D movies, complete with support for Blu-Ray 3D, so you can enjoy all those 3D monster movies you own like never before. To match all that visual treat, the headset comes with headphones that sport four drivers on each ear, allowing it to simulate cinematic 5.1 surround sound and deliver it straight to your ears. It’s certified for Dolby Digital, allowing it to flawlessly decode all the high-fidelity sound from your favorite video content, all while being fine-tuned for clear dialogue, high spatial accuracy, and ample bass sound. 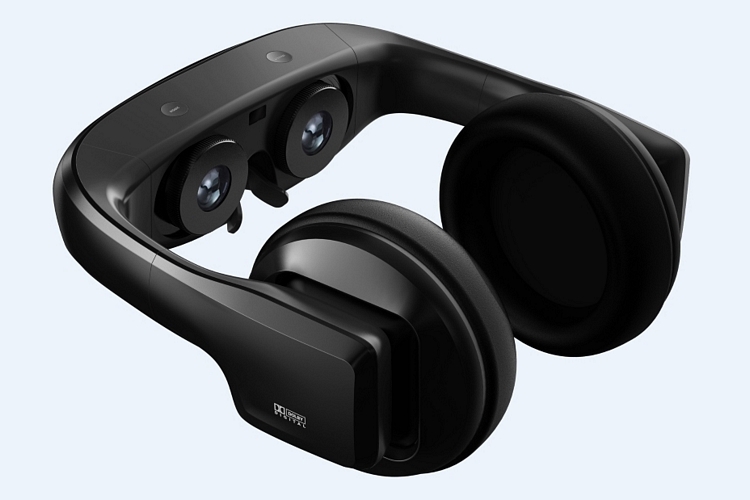 It runs Android OS, so you get full access to a large selection of video players and streaming apps, complete with Wi-Fi connectivity, so you can hop it on to your network with no need for another device. Features include built-in diopter adjustment (so you can see everything clearly without wearing your glasses), an HDMI port (so you can plug in BD players, consoles, and other video sources), a microSD card slot (for loading your own digital movies), and a battery rated at three hours of video playback.

A Kickstarter campaign is currently running for the Cinera Edge. You can reserve a unit for pledges starting at $449.