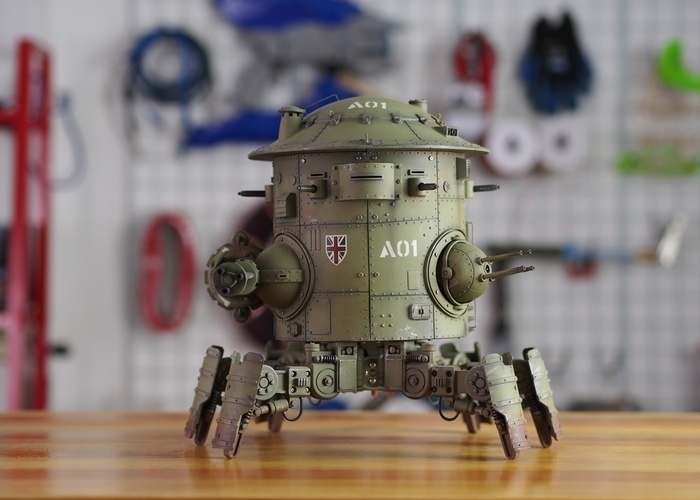 Remember that HMC Boudicca robot tank from last year? Yeah, it’s an awesome beast of a toy. Problem is, large R2D2-sized model robots with that kind of detail and articulation just don’t come with a reasonably affordable price tag, so there’s a good chance most people just end up simply admiring it from afar. If you loved that model, we have a feeling you’ll equally enjoy this smaller and more affordable Codename Colossus Mk.I Cyclops.

Created by Machination Studio, it’s the latest installment in the outfit’s Codename Colossus line, bringing the same R2D2-style profile and highly-weaponized body as the rest of their outputs. And like the HMC Boudicca, it comes fitted with a full set of electronics to power the various moving parts, allowing it to move as if it’s engaging in actual battle. 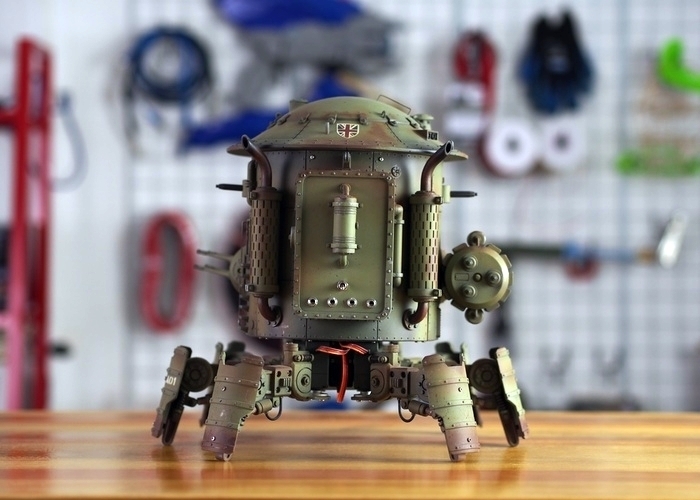 The Codename Colossus Mk.I Cyclops measures 13 x 12 x 13 inches (height x width x depth), making it quite the hulking infantry support when paired with toy soldiers and other wargame figures. As the its weapons, you get a rotating Gatling cannon, multiple vibrating Lewis machine guns, and anti-aircraft gun that extend and retract, with a domed hatch on top for its pilot (they include a toy crew member for that). There’s also multiple LED lights that flicker because…you know… robots need blinking lights. 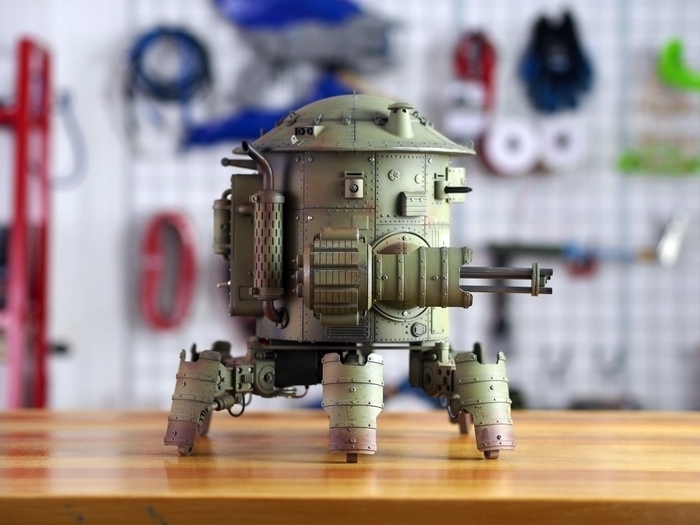 Six feet allow it to mobilize around any battlefield, with a wired controller allowing you to direct its movement. Everything, by the way, is powered by six AA batteries, with the whole thing assembled using nothing but screws, so you can easily take it apart for customizing.

A Kickstarter campaign is currently running for the Codename Colossus Mk.I Cyclops. Pledges to reserve an unassembled kit starts at SGD $490, while a fully-finished model starts at SGD $1,125.