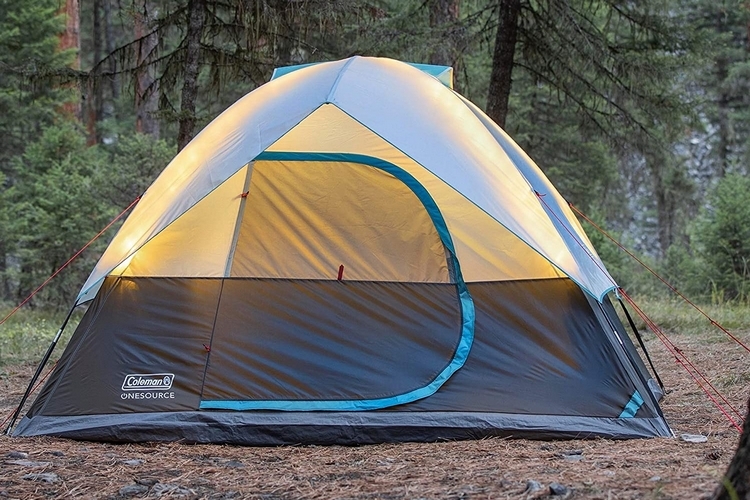 It looks like any ordinary tent. You know, the kind that will give you a clean ground to lay down on, keep away the tiny critters, and shelter you from the elements, day and night. Except, the Coleman OneSource Rechargeable Camping Dome Tent is equipped with a number of battery-powered comforts that should make for a more inviting outdoor stay.

To the unfamiliar, the Coleman OneSource line is a series of outdoor gear equipped with built-in electronics, all designed to draw power from the same swappable battery units. That means, the same battery powering your flashlight can be used to power the camp lantern or the Bluetooth speaker, allowing you to streamline the amount of things you have to worry about charging throughout your stay in the wild. But what does a battery have to do with a tent? Well, what makes it pretty special. 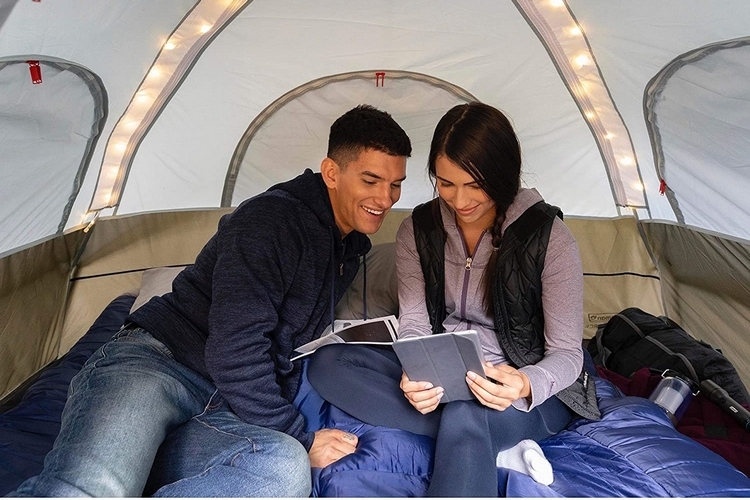 You know how some people will make their tents more comfortable by adding lights, fans, and a few other basic niceties? The Coleman OneSource Rechargeable Camping Dome Tent integrates a couple of those creature comforts, namely a fan-powered exhaust system and a LED lighting system. The ventilation system uses a fan to take hot air inside the tent and push it out through a vent on the top, while drawing fresh air from a ground vent to make sure you get adequate airflow. According to the outfit, it pushes warm air out of the vent at a rate of six times per hour (adjustable, based on your preference), so you regularly get cooler air inside, making it perfect for summer camping.

The LED system keeps things simple, with no fancy lights or decorative illumination. Instead, it comes with frame-mounted LEDs that brighten up the inside of the tent as if you were in a bedroom at home, making it a lot comfier to stay inside the tent well before you’re ready to doze off into slumber. Both are powered by a 4800mAh battery mounted on the integrated docking station, where controls for both fan and light are available. 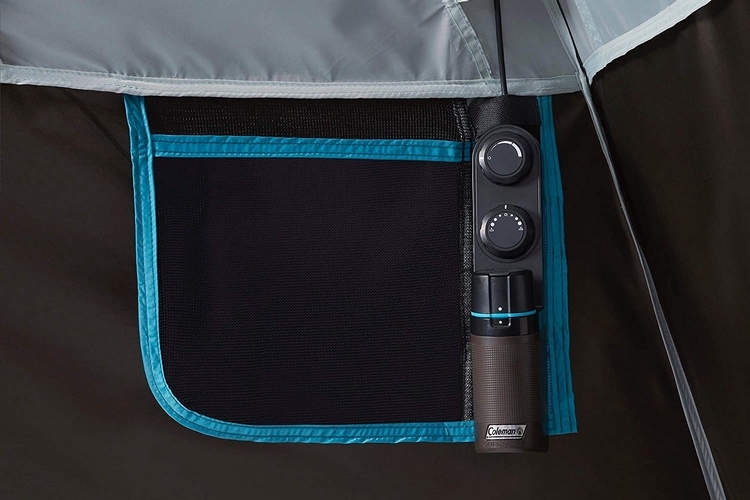 The Coleman OneSource Rechargeable Camping Dome Tent is a four-person shelter that measures just an inch under 5-feet at the tallest center section, so while it won’t allow you to stand up while you’re behind its walls, you’re never going to feel very cramped inside. It has a floor area of 9 x 7 feet, too, so there’s enough room to sleep four people with a few pieces of gear in tow. According to the outfit, there’s more than enough room to set up a queen-size air bed inside, if you prefer sleeping in one of those. 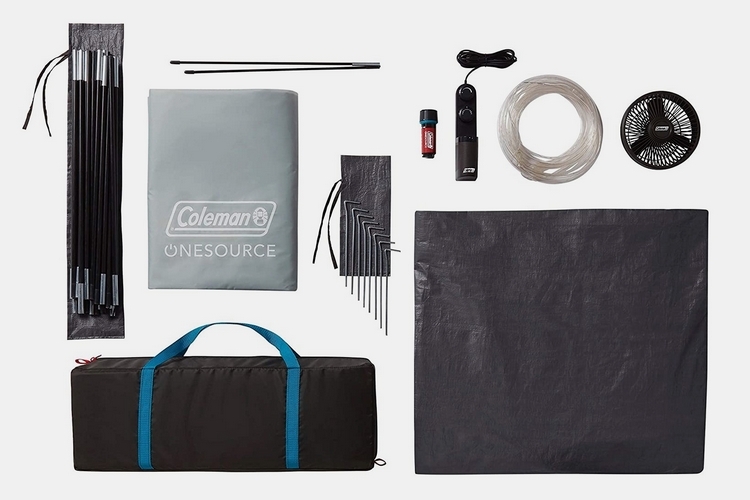 No word on whether this is a three- or four-season tent (we’re guessing the former), but it does have welded corners and inverted seams, so it should handle rainy days just fine. There’s also an included rainfly for added weather protection, as well as a frame that’s rated for winds of up to 30mph. It’s a pretty conventional tent, by the way, so set up time should take no more than 10 minutes. 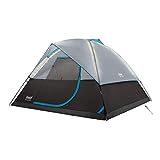